Organizers said the protest is part of ongoing advocacy to stop a "master plan" that would ultimately spend more than $600 on new jail facilities. 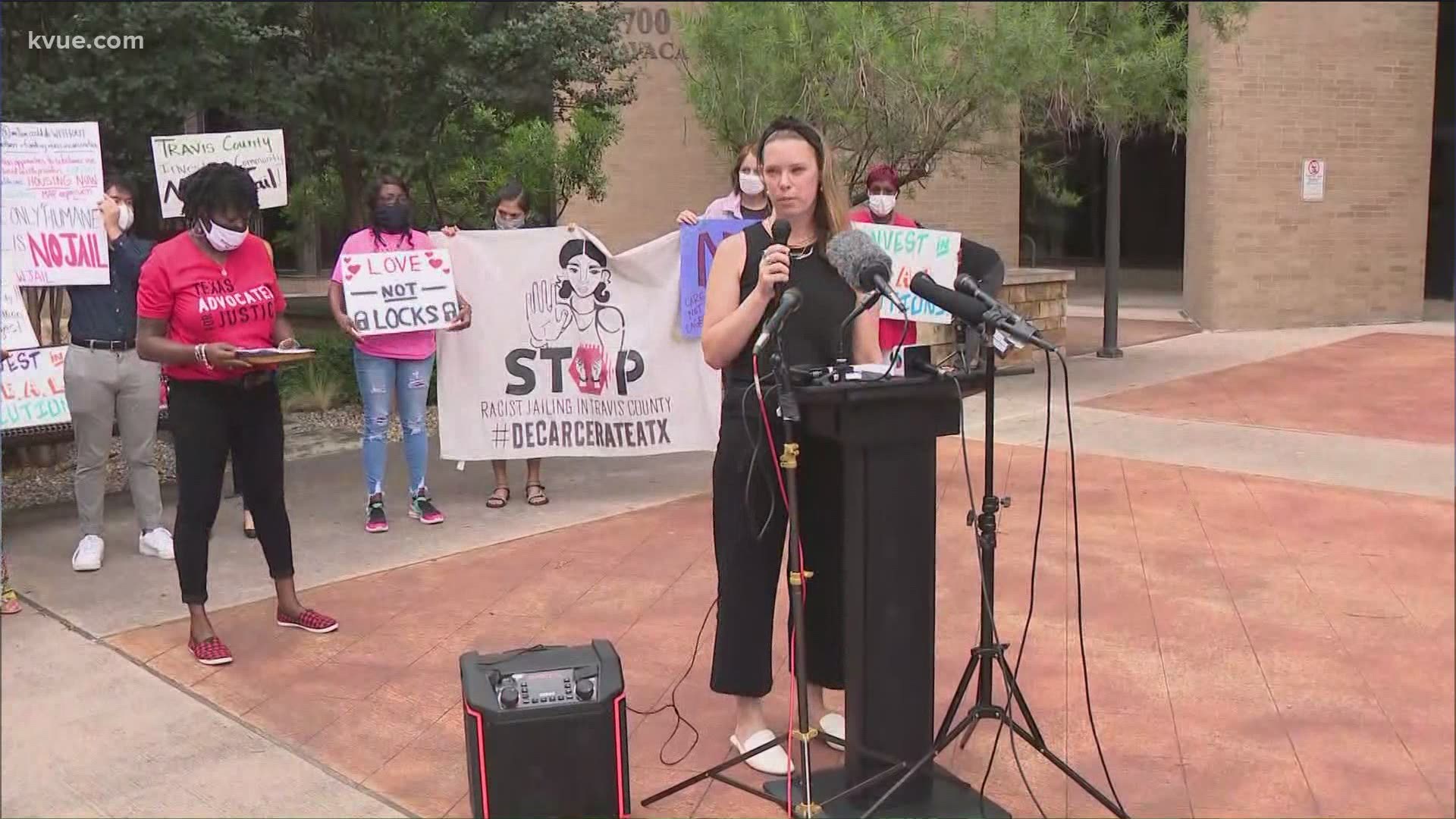 The advocates will hold a press conference at 11:30 a.m. Monday outside the Travis County Commissioners Court on Lavaca Street in Downtown Austin.

The organizers of the protest said in a press release that they are protesting the commissioners' "master plan" – which includes a new women's jail – because they say data shows the jail population is down and public sentiment has shifted toward alternatives to mass incarceration.

"These policy changes also signal widespread public support for investments in alternatives to mass incarceration that address the root causes of crime and violence outside of the criminal legal system," the press release continues. "When the women’s jail project was delayed in 2018, the Travis County Commissioner’s Court committed to undertaking efforts both to analyze the drivers of incarceration for women and create a complete asset map of diversion programs. Neither of these projects were completed, and the need for these analyses as a foundation for any planning has only become more clear with the decreased jail population and public support for alternatives to mass criminalization and incarceration."

The advocates are calling for the commissioners court to vote down new expenditures on the women's jail and instead pursue a community-led process to create a "Justice Reinvestment Plan" led by directly-impacted leaders to "replace the outdated 'Master Plan.'"

In December 2019, Travis County moved forward with plans to design a $79 million women's jail by starting negotiations with a design firm despite data showing an overall decline in jail bookings as a result of diversion programs, according to KVUE's media partners at the Austin American Statesman.

At the time, data presented to the commissioners showed that total bookings at the Travis County Correctional Complex in Del Valle had dropped 22% since 2015 and women's bookings had dropped 23%. The Statesman reported at the time that diversion initiatives had resulted in the average daily population at the jail dropping to around 2,150 people per day. With accommodations for 3,100, that left space for an additional 950 inmates.

On May 27, the Travis County Commissioners Court held a work session where they were set to receive presentations on the correctional complex facilities plan, including the women's jail and central booking facility, jail population and jail operations.

WATCH: Austin organization helping former inmates get back on track