Texas trans woman says she was violated by bar security

Nilaya Lopez says a security guard hired by Bentley's Beer Garden patted her down and said she "wasn't a woman" when a couple questioned if he pat down all women. 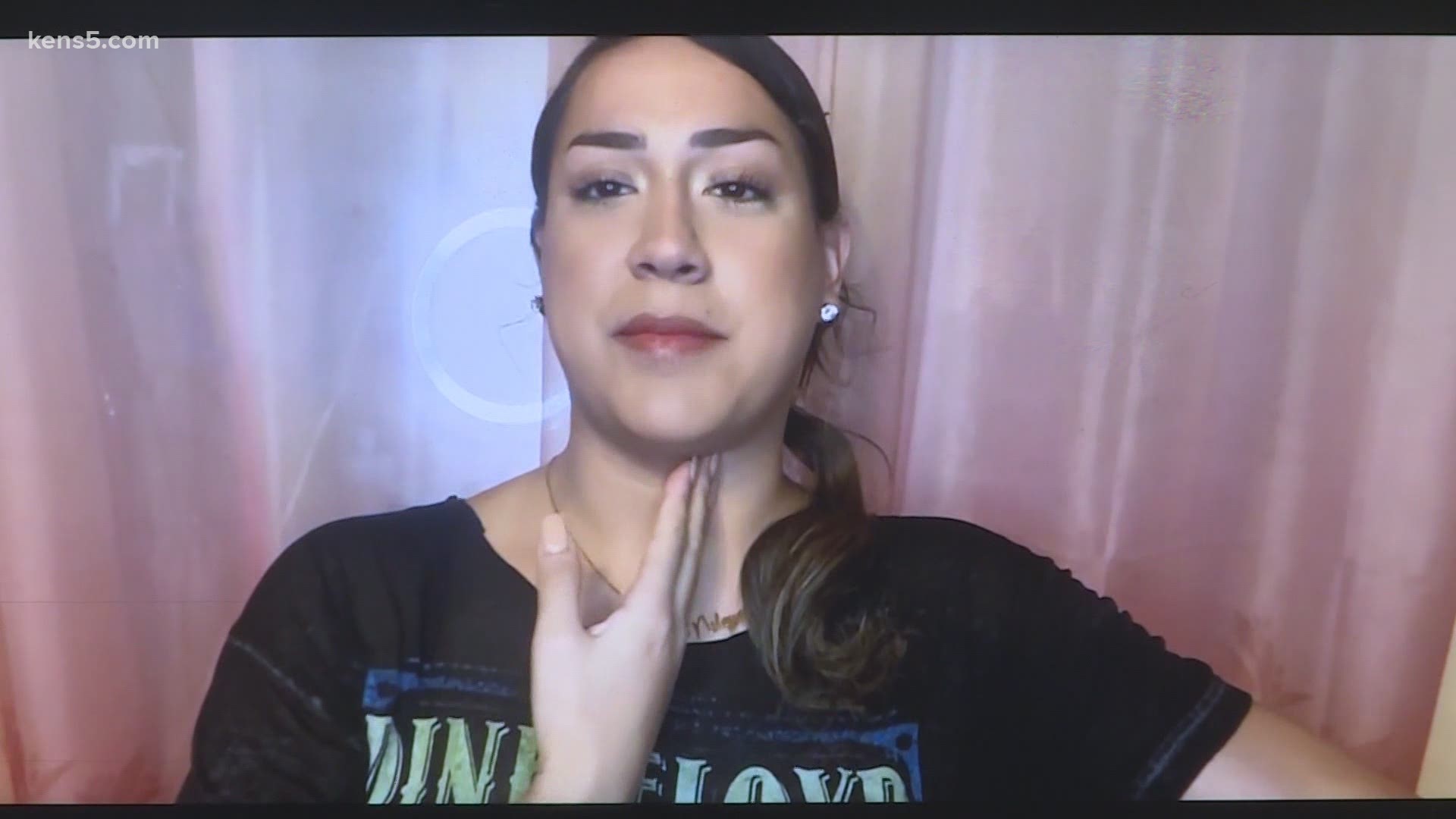 SAN ANTONIO — Nilaya Lopez said her night out with friends turned into a night of embarrassment.

"I was shaking because I didn't know what to do," Lopez said. I hadn't been disrespected like that in such a long time."

On Sunday, Lopez showed to up Bentley's Beer Garden on North Alamo Street. She said a security officer checked her ID. The ID shows her gender as male, but Lopez identifies as female.

"His hand directly goes down from my chest to stomach and then underneath my breast area," she said. "It took me awhile to process like he is patting me down. They don't do that; I have never had that before there."

Lopez, who was confused, said the security officer at one point grabbed her waist. She said she was so uncomfortable she backed away and decided to leave. But, a couple came to her defense and asked the guy if he patted down all women.

"Oh, he goes that is not a woman," Lopez said. "I turned around and I said, what did you say?"

"Nobody touches people like that," she said. "Even, if I wasn't trans. His tone of voice the words he was using. The way he was saying the words, it was like he was disgusted. He didn't see me as a human."

A managing partner of the bar called Lopez to apologize Monday. He told KENS 5 this is unfortunate and said they will not be turning a blind eye. He said the establishment is welcoming to all and hopes this will bring awareness. He said he wants to use this situation as an educational opportunity.

The bar contracts SMR Security Services for its security. The CEO released the following statement:

As a Security Company we are hired and given instructions on what our clients want us to do, and we try our best to be responsive to those request. Of course, in the Security Industry depending on the risk involved, Security Guards are required to frisk/pat down and check purses and bags as a regular occurrence. However, disrespecting anyone regardless of gender, sexual orientation, race, religion or anything else is not tolerated nor will it ever be tolerated within our company.  We at SMR Security Services believe that human beings should be treated with respect and dignity and as a management team and as a company we strive to make sure that our entire guard force represent those core values as well.

We are licensed through the Texas Department of Public Safety Private Security Bureau and all of our Guards are trained and credentialed to be a Security Guard in the state of Texas. Their training includes but is not limited too, proper frisking/pat down procedures, handcuffing techniques and firearm proficiency. (for those who are armed)

As it relates to the transgender community, and gender identity, the direction that is given to the Security Industry is to "acknowledge the gender stated on the individuals state issued ID"... (Drivers License or State issued identification card).

Even with that being said, SMR is a firm believer in respecting every individual regardless of Race, Religion, Sex, Sexual Orientation, Gender Identification, or any other criteria. We have and have always had a ZERO tolerance policy for any violation of these standards.