Lawmakers and the Guadalupe-Blanco River Authority explained the challenge in rebuilding the dams. 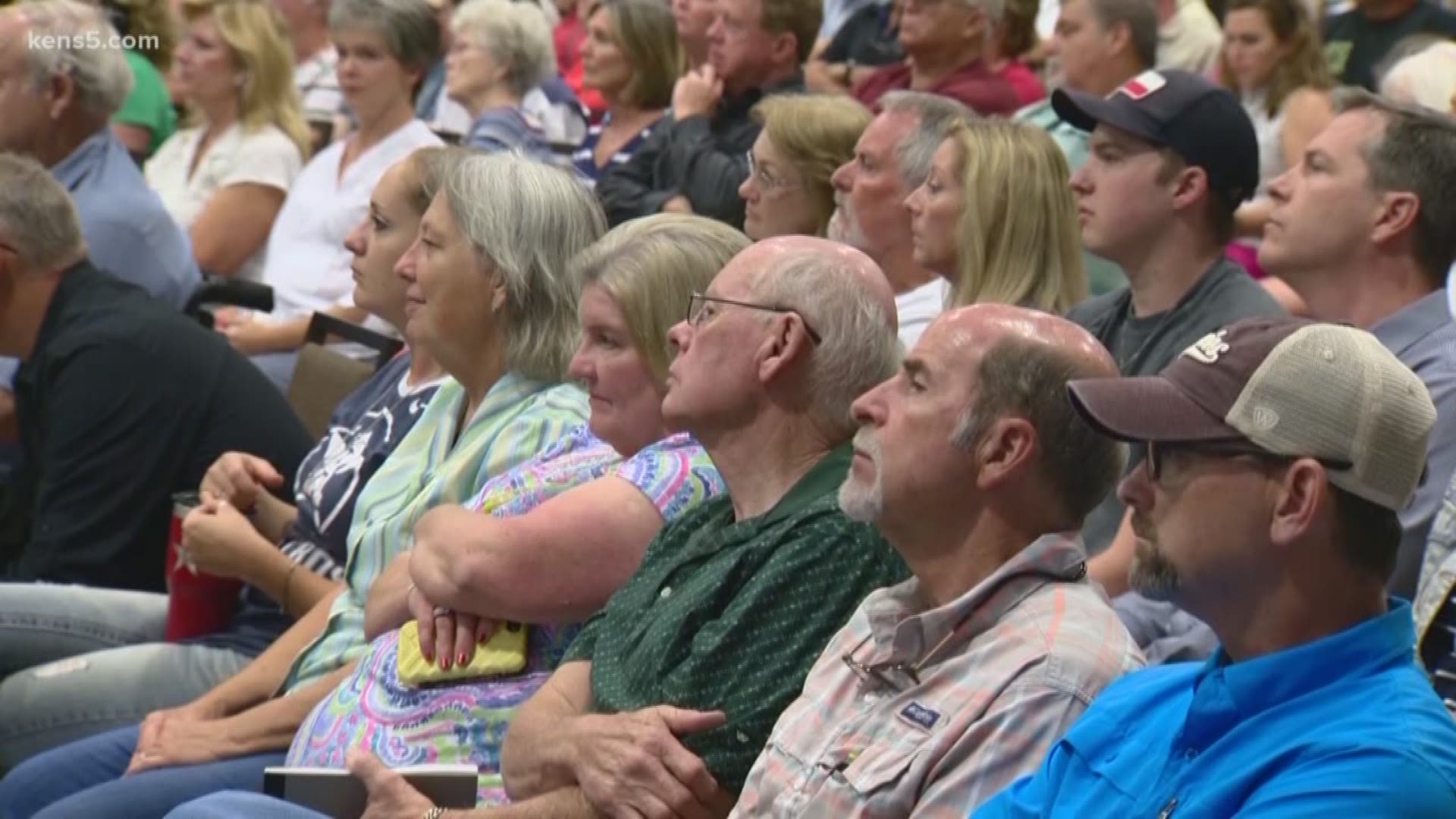 NEW BRAUNFELS, Texas — Weeks after the massive dam collapse at Lake Dunlap, which instantly created a grim outlook for the community of New Braunfels, residents are still seeking answers about the lake’s future.

They hoped to find some at a Wednesday night town hall sponsored by the Lake Dunlap Preservation Association and Guadalupe-Blanco River Authority, along with local lawmakers, where discussion swirled around the future of the lake and the efforts that are underway to restore it.

The GBRA took the stage first, explaining how the dam at Lake Dunlap failed, along with the dam failure at Lake Wood in 2016.

GBRA engineers also explained how they’ve looked into temporary solutions, but because the dams are so old, and the construction technology is out of date, that’s pretty much impossible.

Guadalupe County Judge Kyle Kutscher explained that Guadalupe County has explored the option of helping the GBRA, but taking out a loan would cost the county too much money.

Kutscher said the county is set to lose around $400,000 in property taxes from the Lake Dunlap area, but the loan payments would cost over $700,000 a year, and the county would have to shell out nearly $2 million in total.

The county judge also said they’ve explored options for state funding through declaring an emergency declaration, but the dam collapse didn’t meet the threshold for a disaster, and therefore didn’t qualify for the funding.

Even lawmakers came up empty.  Sen. Donna Campbell and Rep. John Kuempel both took the podium, describing how they fought in the last week of the session to secure funding.

However, Kuempel said the efforts weren’t successful because time was their “biggest opponent” and the budget was already sealed. Both lawmakers pledged to continue their efforts to find funding and encouraged the crowd to contact them to voice their concerns.

RELATED: 'We're not destroyed': Residents trying to move forward in the aftermath of Lake Dunlap draining out

Property values were also discussed, but representatives from the Tax Appraisal District said it’s too early to determine how they may be affected.

Some people attending the town hall said they are still wondering what is next.

Last year, she bought a home on Lake Dunlap to spend her retirement.

“It’s just sad to think of the loss that we’ll have to endure for the next potentially five to ten years,” she said.

Tony Villareal said he’s lived along Lake Dunlap for over 30 years, and was disheartened to learn there’s still no answer to the issue of funding.

“There didn’t seem like there’s a real concrete solution going forward and that is disappointing,” he said.

The people living along Lake Wood said they understand how those at Lake Dunlap feel as they watch their lake disappear; they experienced the same thing three years ago.

Joe Solansky has lived along Lake Wood for decades, and he’s still waiting to hear what will happen with their lake.

The water has completely drained from Lake Wood, leaving behind nothing but trees and other vegetation.

Solansky said this is the same story he’s heard for the last three years.

“To come over here and make a big discovery of any good news, no, it’s the same story,” he said. “I don’t think we’re going to see anything done in my lifetime the way things are moving, unless some money gets discovered."

And just how to secure that funding still remains unclear.

However, the Lake Dunlap Preservation Board said they are working with GBRA to find a solution, with Board President J Harmon saying another town hall meeting will be scheduled in the near future.