Every Tuesday, the TSA will be revealing items that have been stored inside a capsule since 1991. 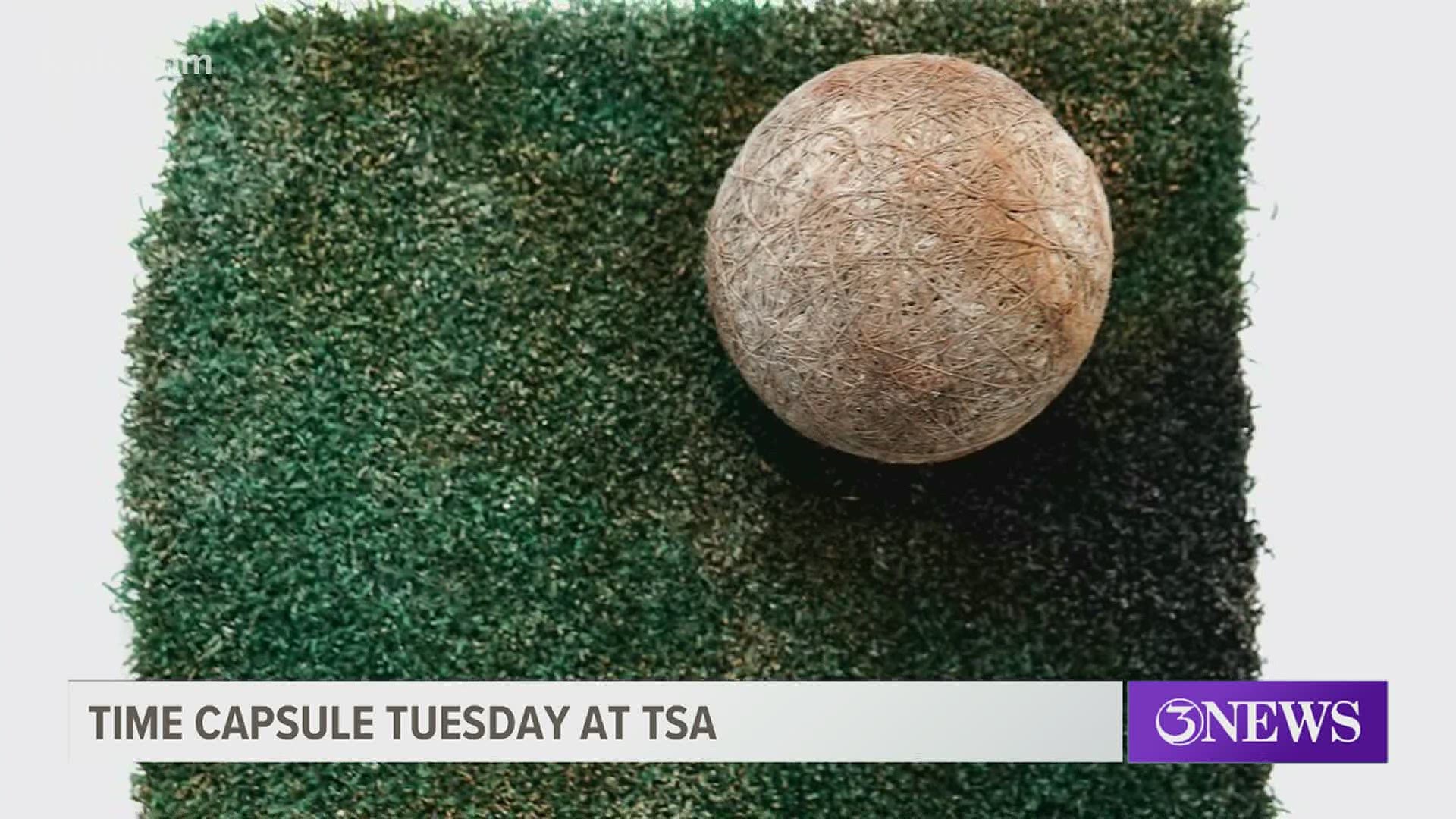 CORPUS CHRISTI, Texas — The time capsule releases continue for the Texas State Aquarium after 30 years of trying to preserve buried items stored by the community in 1991.

The first reveal showed a variety of artifacts that the TSA is still reviewing, as well as photos from some of the first staff members.

In this week's discovery, a baseball believed to be signed by Nolan Ryan and a piece of the Houston Astrodome turf installed in 1966 were found.

Ryan's signature is not visible on the baseball, though. The ball experienced damage to its appearance as the capsule was not made weatherproof. The ball's exterior shell and the windings of yarn have deteriorated and all that is left is the inner rubber of the ball.

Former staff members said the ball is supposedly signed by Ryan. However, there are no authentication certificates for the item.

As for the turf, the label on the back of it was still there and it reads "Houston Astrodome 1966."

Stay with 3News every Tuesday in July as we follow the time capsule reveals.