Not one but both of Tim Revell's sons were diagnosed with Duchenne, a deadly form of muscular dystrophy. So now, he raises awareness and funds to find a cure. 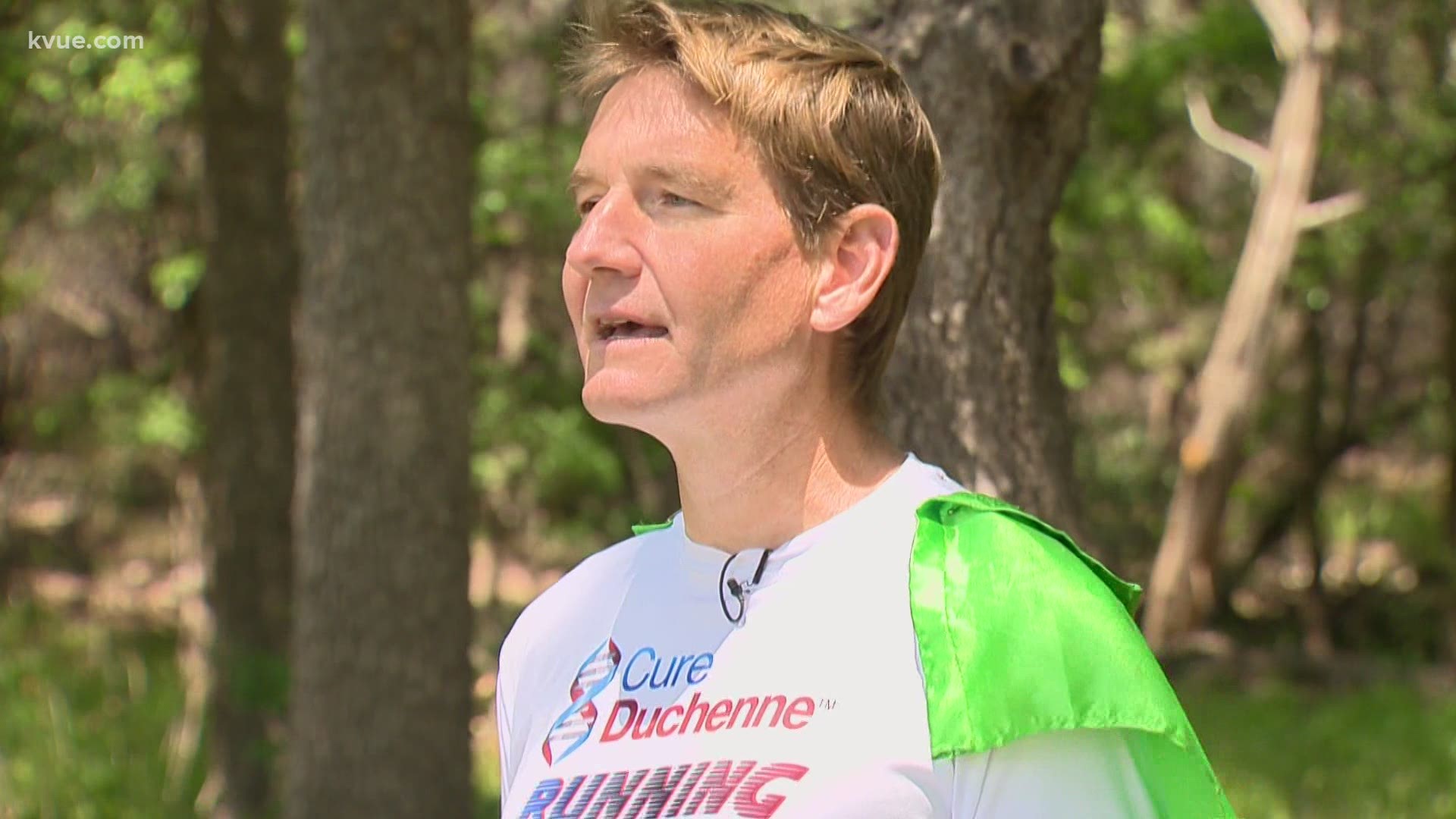 CEDAR PARK, Texas — For most runners, finishing a marathon is a feat in and of itself. But an Austin dad is about to run his 16th half/full marathon this weekend – all for his sons.

"I train pretty much at minimum at least five days a week," said Tim Revell "You know, running has become an outlet for me personally."

Running can help people, whether it helps Revell physically or helps him run for those who can't.

"I ran the Austin Marathon 15 years ago, by my wife's encouragement," said Revell as he trained for his 16th consecutive race. "We're on a mission – our goal is to cure Duchenne."

Duchenne is a form of muscular dystrophy that occurs in one out of every 5,000 boys.

"Little boys are born with this mutation on this gene in the body that regulates the protein that feeds the muscles, so without the protein, all the muscles, all the exoskeletal muscles in their body, start deteriorating and they die," said Revell.

The disease is a death sentence. According to Cure Duchenne, the organization that Revell donates to, "Those affected with Duchenne lose their ability to walk, feed themselves, breathe independently and succumb to heart failure."

That's why Revell is running his 16th Austin Half/Full Marathon to help find a cure, to help those receiving the death sentence that Revell's own family has received, twice.

"Our first son was diagnosed early on, but now our second son, so both boys, have this incurable disease," he explained. "My child has a death sentence – what are you going to do about this? Am I going to curl up into a ball and die? Or am I going to rise to the opportunity and try to face it? And that's what my wife and I decided to do and try to face it."

They're facing it through not only running marathons, but also fundraising with galas and other events. Over 16 years, Revell and his wife helped to raise more than $4 million. The fundraiser for this race can be found here.

"Because people don't know what it is and because people who are born with it are not celebrities, somebody has to be a champion for them," he said. "So Sunday is another day to continue to raise money to fund research."

It's another day, where running can do good.

"We won't ever be able to end this disease," explained Revell since it's a genetic mutation. "It's still going to be spontaneously coming around in the genes, so the only thing we can do is cure it."

Here's how the appeals process could look for Derek Chauvin