Austin-area crews started fighting the fires in California on Monday. 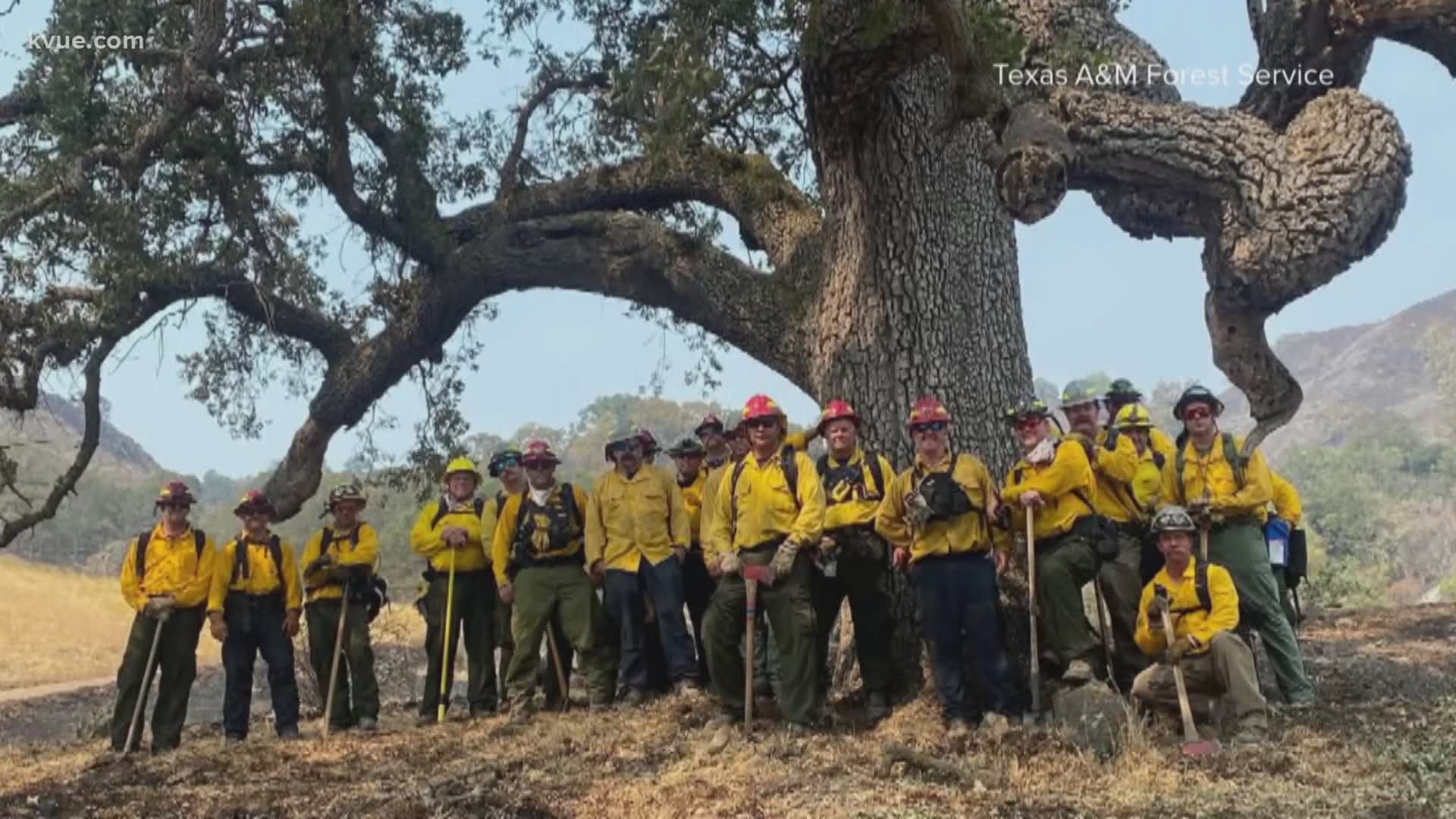 AUSTIN, Texas — A total of 200 Texas firefighters are in California helping to battle the 29 wildfires currently burning there. The largest wildfire in the state's history, the August Complex, has now scorched nearly 900,000 acres, creating a fire cloud visible from space.

An eerily beautiful orange-red sun overlooked a burnt scene in and around Fresno County, California, after the Creek Fire incinerated more than 200,000 acres as of Sunday. It destroyed businesses, homes and land – and it's far from over.

"When that haze lifts up, the fire is actually able to kind of rise up a lot more and which increases fire activity," Portie said.

Firefighters from Round Rock, Kyle, North Hays County and Bryan also made the trip with Portie.

That haze he spoke of was visible early on in their drive.

"Once we got to the outside El Paso, you can already see the haze and smoke and just all the fires in the western U.S.," Portie said.

Before a 24-hour shift that started Monday, the men went through orientation and learned what to expect.

"Some of these guys have never, you know, never experienced this type of terrain or what fuels this type of vegetation that's on fire. You know, you've got, you know, folks that are from Central Texas, maybe they've never been and fought a fire in a pine forest," Portie said.

But Portie said the men know the situation they're up against. They're reminded every time they hear about a fatality – now at more than 30 – or hear that a firefighter was forced to use a fire shelter.

"And so, what that is, is we've got a lot of planning that we do to try to make sure that we have safe zones and we've got escape routes to get out to the safety zones," Portie said. "But when those don't work and we in the fire do the unpredictable, you know, our last-ditch effort is that fire shelter. And all the while, we're coming out here, we're hearing about our brother and sister firefighter deploy those fire shelters."

It's a last resort they hope they don't need as they fight what is perhaps one of the most dangerous fires of 2020.

The Central Texas crews will be in California for at least two weeks.