Parents of color are talking to their Black and brown children about how to act while in school, at the store and especially when they interact with police. 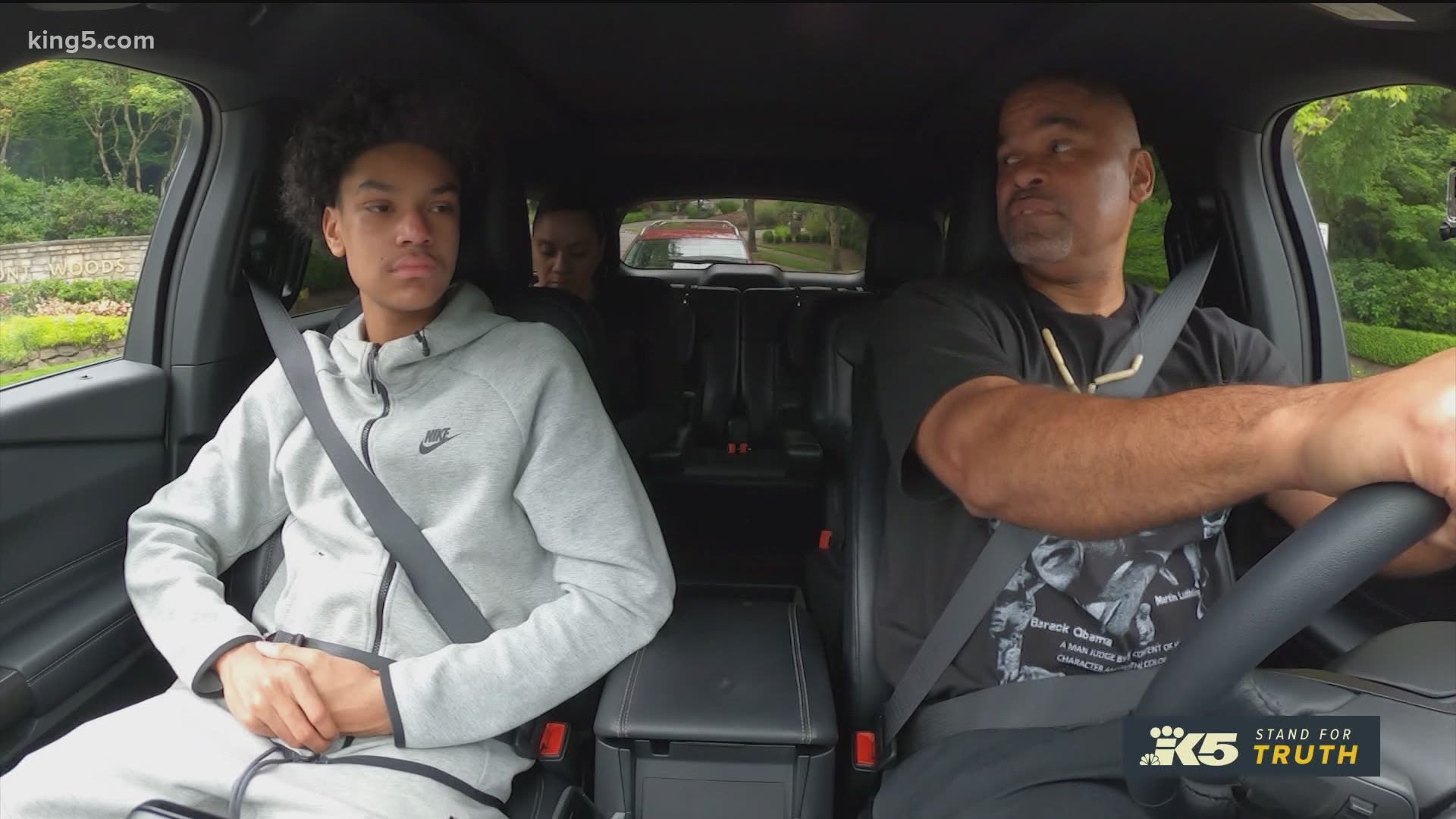 SEATTLE — Before Paolo Banchero could even drive, his mother Rhonda Banchero coached him on what to do if he was ever pulled over by police – and it’s this talk that the Banchero family of Seattle is convinced saved his life during an encounter with police two years ago.

“I don't think there's anything you can do to prepare for it, having a gun pointed at you,” Paolo said.

Paolo's one of the best in high school basketball – he’s ranked third in the country, and he’s already committed to Duke heading into his senior year. A multi-sport athlete, Paolo also helped O’Dea High School win the state championship in 2018.

However, that same year, the then-high school freshman faced a new reality when he had an encounter with police.

“I was only 15, but I just kind of realized this is the real world – being Black in America,” Paolo said.

In June 2018, Paolo and his friends went to the Chris Brown concert at White River Amphitheatre in Auburn. As they were getting ready to head home, the teens say King County Sheriff’s deputies targeted their car. It was a case of mistaken identity.

According to the incident report, the deputy wrote the car was likely stolen – which it was not. The deputy initiated a felony stop and approached the car with his gun drawn pointed right at the kids.

“It was pretty kind of sudden,” Paolo said. “He just came up to the window and had his gun out, telling us not to move.”

Paolo was in the passenger seat and said he remembered dropping his phone and putting his hands up.

The deputy ordered Paolo’s friend out of the vehicle, forced him against the car and handcuffed him. Meanwhile, Paolo was remembering “the talk” he had with his mother.

“One of the main things, don't run,” Paolo said. “And just keep your hands where they can see them.”

Paolo's mother had warned and coached her son on steps to take if police pulled him over. It's "the talk" most parents of color believe they must have with their Black and brown children to keep them safe.

“It's not a conversation that you and I can’t have,” said Rhonda Banchero, Paolo’s mother. “We have to have that. It is tantamount to their survival.” 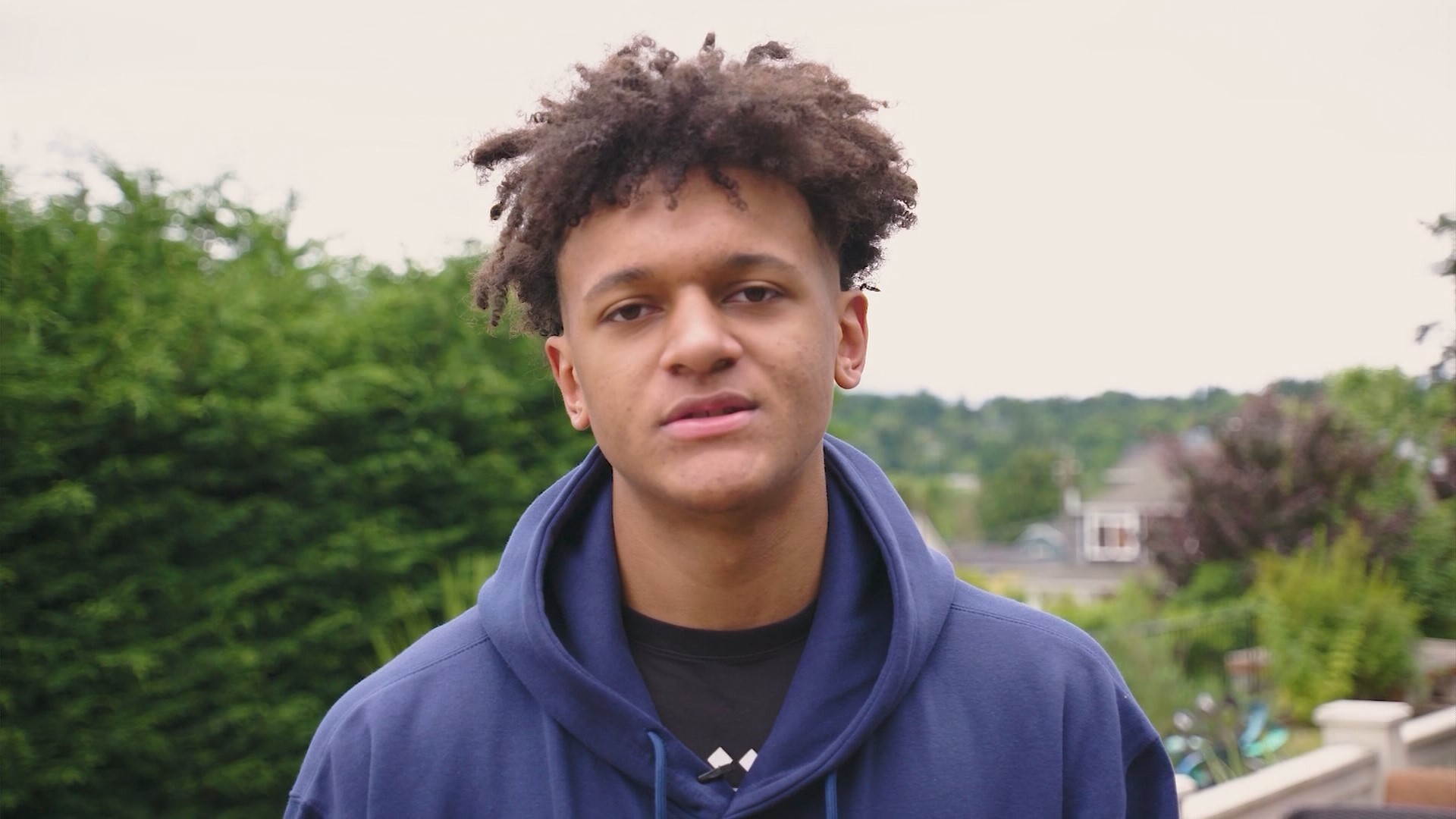 It’s unknown if Paolo and his friends were racially profiled that night. The King County Sheriff’s Office, along with the Seattle and Tacoma police departments, don’t keep data on the race of the people stopped. It’s not required by law.

However, Mario Banchero, Paolo’s father, can’t help but think this wouldn’t have happened if the boys were white. And statistics back up those feelings. The Stanford Open Policing Project found during a traffic stop Washington State Patrol troopers are far more likely to search Blacks, Hispanics and especially Native Americans than Whites.

“The safety of these boys on that night was predicated on their decision making as inexperienced teenagers as opposed to the decision making of trained officers, who I don't think needed to draw the weapon,” said Mario.

The King County Sheriff's Office changed policies after the Bancheros sued them for using excessive force. Now instead of approaching a car with guns drawn during a felony stop, deputies can have their guns out but not pointed directly at people. If they have their guns up, it's considered excessive force, and officers must report it.

Eldridge Recasner of Bellevue is a former NBA player and UW Hall of Famer, but just like with Paolo Banchero, star-athlete status hasn't protected him from police stopping him repeatedly.

“America has painted this picture of the Black person, especially the Black male, that he's a threat,” Eldridge said.

Eldridge and his wife Karen are the parents of four – three girls and Manny, their only boy. Since Manny's learning to drive, Eldridge said he was going to give him “the talk.” He agreed to let KING 5 cameras capture the interaction.

“For a Black person, when your son turns 16, you gotta have that talk,” Eldridge said. “It's heartbreaking. We're talking about an organization that's supposed to protect and serve, but we're teaching our kids how they gotta act a certain way so they don't end up dead, and that's horrifying.”

In the car, Eldridge told Manny what to do if he got pulled over by police: Don’t say anything until the officer asks you something first. Keep your hands on the steering wheel or the dashboard where the officer can see them at all times.

If Manny were to think the police officer wasn’t being fair or started to get confrontational, Eldridge said Manny he has the right to record the interaction or call 911.

Finally, Eldridge reminded Manny to use his best manners.

“Just make sure you have your hands visible where you can see them and that you're being real respectful – ‘Yes, officer, no officer’ – when they ask you a question and when you answer,” Eldridge said.

Especially with recent high-profile events, Manny said he took the talk to heart.

“I see people on the news, Black people, Black men, getting killed for no reason. And I don't want to be like them,” Manny said.

Two years after a deputy pointed a gun at Paolo Banchero, he still gets nervous when he's on the road and sees police. He said he's learning to live with the burden of being in his skin.

“A lot of people just naturally feel more threatened when they see a Black person,” Paolo said, “which I think is unfair, because it's nothing but the color of someone's skin.”

Now Paolo's not just telling his story but is giving voice to the cause, including marching in Black Lives Matter protests.

While Paolo fights for change, there's still work to be done, which means parents with children of color will continue to have "the talk."

This story was produced as part of “Facing Race,” a KING 5 series that examines racism, social justice and racial inequality in the Pacific Northwest. Tune in to KING 5 on Sundays at 9:30 p.m. to watch live and catch up on our coverage here.