Man donates 120 gallons of blood over 37 years, challenges San Antonians to step up and give

“I haven’t stopped serving this country, because it takes all of us to make this world a better place." 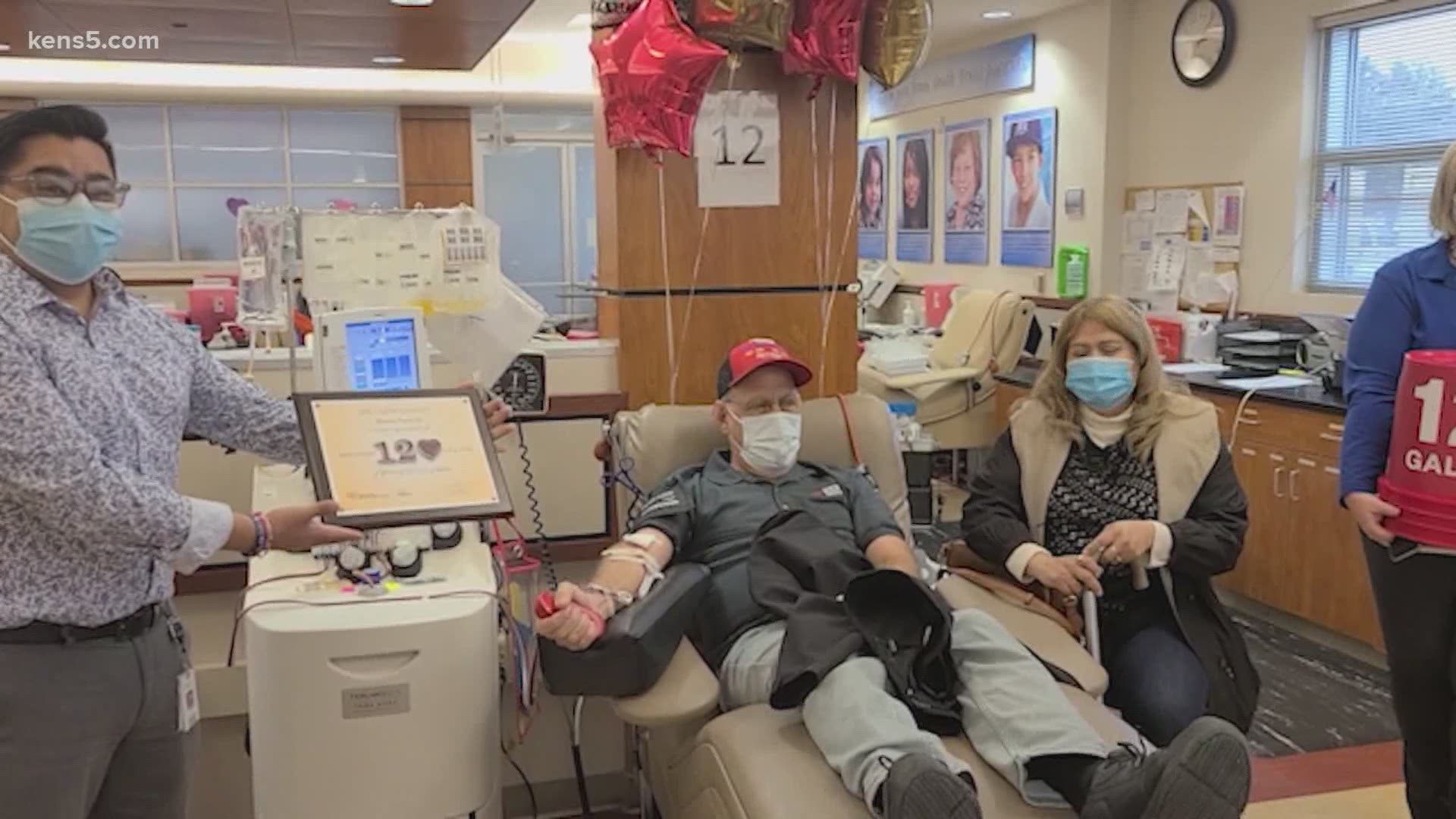 SAN ANTONIO — Marcos Perez says one single blood donation saved his life. Years later, he’s used that to motivate him to get in and donate as much as he can.

“Roll up your sleeves and donate,” Perez said.

It’s something he says he’s done every two weeks for the last 37 years.

“What better way to show love for a stranger than by giving the gift of life,” Perez said.

Life was a gift he says was given to him before he could even walk. Perez says he was in dire need of blood when he was a baby.

Fortunately for him, his father was able to find a donor.

“If it wasn’t for that one donation, I wouldn’t have accomplished what I have now. I have a wife, I have a son and now I’m retired. That one donation gave me 60 years of life,” Perez said.

So, when he returned home after serving in the U.S. Air Force for four years, Perez says he made it his mission to continue serving his community.

“I haven’t stopped serving this country, because it takes all of us to make this world a better place,” Perez said.

He says he’ll continue donating until he physically can’t anymore, and he’s invited all of San Antonio to join him.

“Just roll up your sleeve, San Antonio. Go donate, and help out this blood bank, because I can’t do it all by myself," he said. "But if everybody comes together, San Antonio will be a better place."

The South Texas Blood and Tissue Center says it continues to be in serious need of donors. Anyone interested in donating can head over to their website for more information on how to sign up.