Brian Navarro, 17, died after a shooting on March 3. 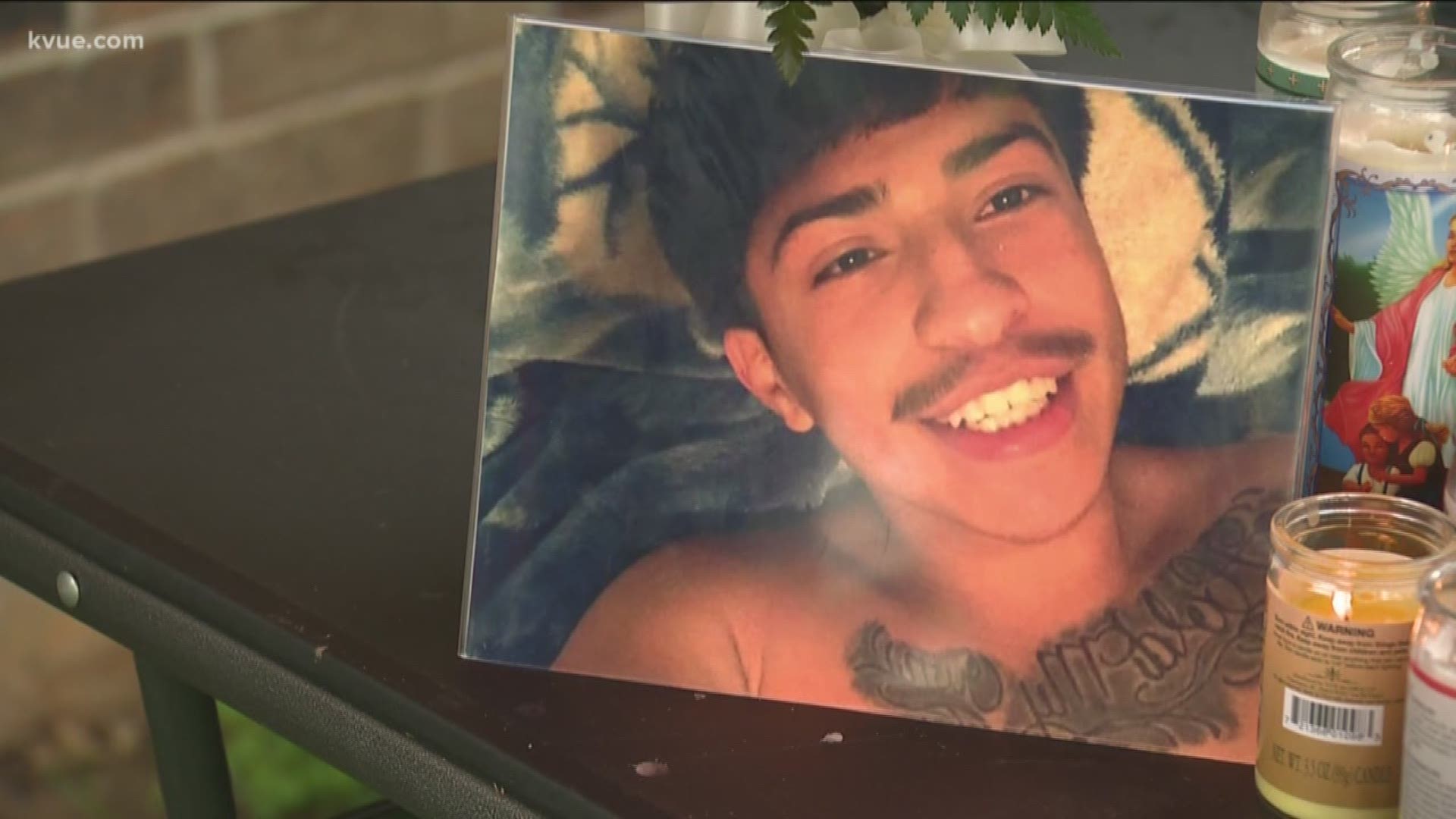 AUSTIN, Texas — A Round Rock family is remembering a loved one after he was shot and killed last week.

Police said 17-year-old Brian Navarro died after a shooting on the 1500 block of Ashwood Court in the afternoon of March 3.

RELATED: 17-year-old charged with murder after teen dies in Round Rock shooting

Last week, the family held a balloon release and a candlelight vigil in Navarro's honor and they are preparing more events in the future.

On Monday, his family told KVUE how they want him to be remembered.

“I want them to always remember him with that beautiful smile and the loving and caring person that he always carried himself to be," Reta said. "Not to judge him by his look because that was not him. He was a loving caring brother, uncle, son."

Reta also said that Navarro was expecting a child, and that he played football and basketball in high school. She also said he loved writing and singing music.

“I would tell him, it’s not your music I don’t like, it’s some of the words but I’m going to love your music regardless," Reta said.

“He was a happy person, he was outdoorsy. He didn’t like to stay in the house. He liked to be outside, he loved to go to the skate park. He was goofy, he was just, you know, he was a good person,” Jaycee Reta said. "He was a kid. You know, he did some dumb stuff but nothing big. But he had a heart."

Reta said the funeral expenses have gotten expensive and that now they're just trying to give him a proper burial.

"We didn’t expect this. And, honestly, we don’t have the funds that we need to give him that to lay him to rest," Reta said. “Anything will help. And if all you got is prayers for us, that’s good enough.”

The family said there will be a memorial fundraiser on March 14 starting at 11 a.m. at the Cactus Nights Sports Bar in Round Rock. They also have a GoFundMe set up.