Round Rock firefighters provide update while battling wildfires in California

The trio from Round Rock left on Friday along with 200 firefighters from across Texas. 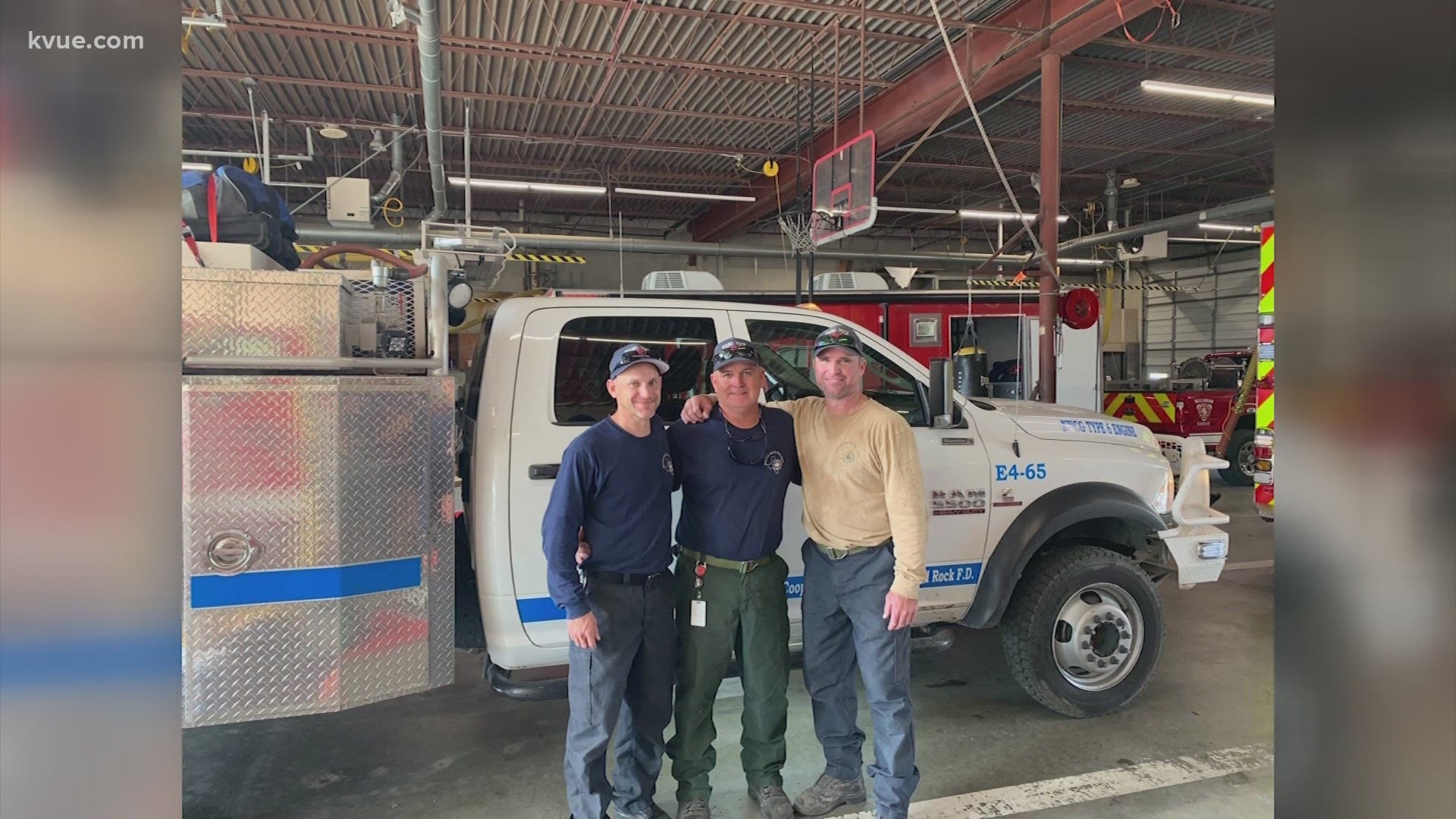 CALIFORNIA, USA — On Friday, 200 firefighters from across Texas hit the road to provide some much-needed relief to the West Coast.

Among that group are three firefighters from Central Texas, all with the Round Rock Fire Department: Lt. Matt Quade, Cpt. Jason Rutherford and Wayne Pietzch.

The trio made it to Bakersfield on Saturday night, then made their way near Fresno on Sunday.

Rutherford said they were assigned to help with the Creek Fire, which has continued to burn through the Sierra National Forest and has surpassed 200,000 acres in size. According to CAL Fire, as of Sunday morning, the fire was only at 8% containment.

Posted by Round Rock Fire Department on Friday, September 11, 2020

Rutherford said during their journey, people have waived to them on the road and they've become quick friends with fellow firefighters.

"Guys you don't know, you really become brothers and help each other out, watch each other. That's the main thing is safety. We watch each other's back and make it happen," Rutherford said.

They will be stationed in different parts of California for the next two weeks.