The community raised more than $20,000 to help replace the roof of the family-owned business. 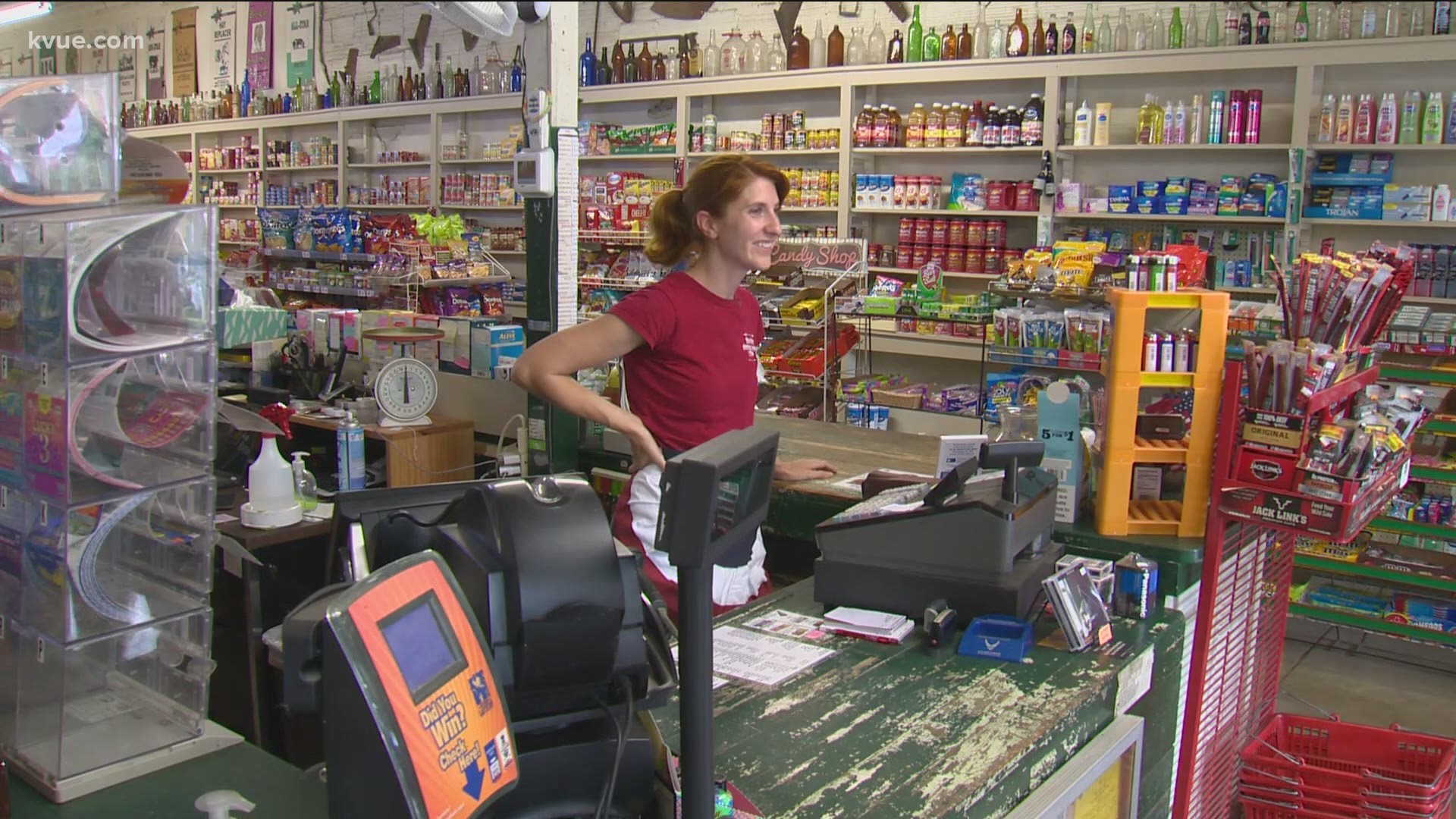 RED ROCK, Texas — This Fourth of July weekend, the Red Rock General Store wanted to thank its community for helping it weather heavy damage taken in May.

"We thought if we can give at least a little bit of something that will bring somebody else happiness or joy, then that's a little bit of what we were feeling when they were helping us," Lydia Alexander said.

Alexander's grandparents bought the store from the original owners 25 years ago. The last time they replaced the roof was in 1998. In May, high winds ripped the tin roof off the top of the building, leading to flooding and leaking from the ceiling.

"My mom texted and said the roof of the store is in the street, to which I was like, excuse me, come again?" Lydia said.

Within six hours, the community had donated $1,000 to a GoFundMe to replace the roof. Within six days, more than $20,000. Even with the roof not repaired fully until July, the store stayed open.

"There aren't words for that kind of emotion," Lydia said. "My mom and I just cried for days. We would get together and we'd be like, 'How are you?' And you'd be like, 'I'm fine. I'm fine.' And then both of us are just crying. And it was such a weird mix of stress and relief all at once."

RELATED: 'An angel and a saint' | Austin Amazon driver saves man who was stuck in snow for more than an hour after falling

"We thought if we can give at least a little bit of something that will bring somebody else happiness or joy, then that's a little bit of what we were feeling when they were helping us," Lydia said.

With Saturday afternoon's rain, Lydia said she was a bit nervous about the new roof. Fortunately, it held up with no leaks. Still, Lydia added she didn't know how long it would be until her nerves would dissipate.