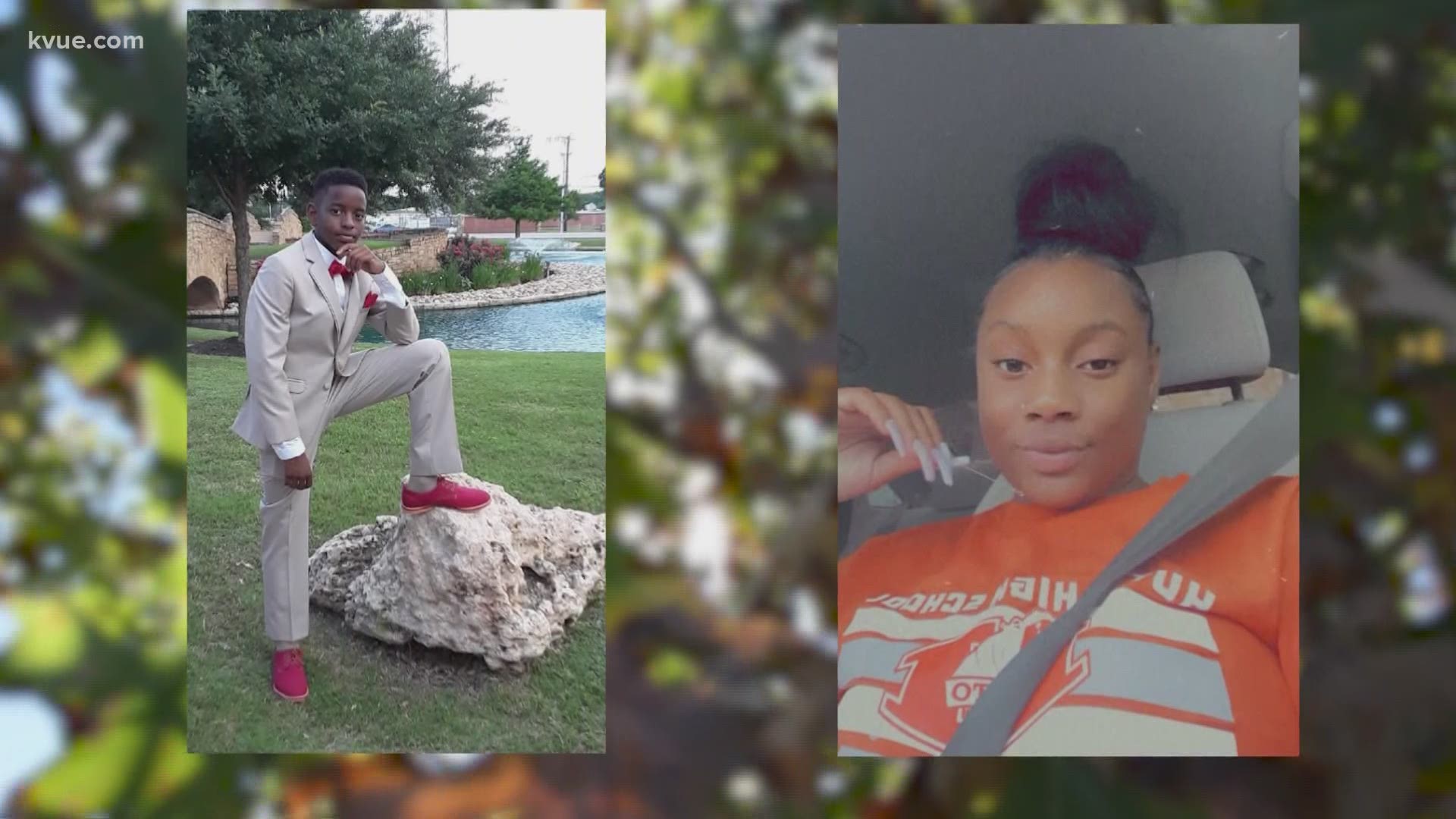 PFLUGERVILLE, Texas — The family of teen siblings Le'Nyce and Lee Anthony Fisher are demanding justice after what they call a "botched investigation" into the siblings' deaths in November 2020.

The siblings' mother, Deanna Fisher, along with family, friends and community activist Quanell X with the New Black Panther Nation, held a press conference and protest in front of the Pflugerville Police Department on Sunday at 3 p.m.

On Nov. 11, a fatal crash occurred on the southbound access road of State Highway 130 near Pflugerville Parkway. Police were unable to confirm additional details at the time, but family members confirmed to KVUE that both 15-year-old Lee Anthony Fisher and 17-year-old Le'Nyce Fisher were killed in the crash.

According to a press release sent by Quanell X on Sunday, the siblings were killed by a teenage driver who was speeding and, according to eyewitnesses, appeared to be racing.

Quanell X wrote that the driver was charged with two counts of vehicular homicide, however, "The Travis County DA informed the Fishers' parents and the leader of the New Black Panther Nation, Quanell X, that the charges will not be upgraded because of mistakes made by the Pflugerville Police Department."

"Why did the DA not do anything more about setting forth strict conditions of bond release," said Quanell X. "They didn't do that at all. How are you going to justify two counts of vehicular homicide. Two beautiful teenagers killed by this young man and he is running around on Facebook and Instagram partying and having fun, posing taking muscle shots, saying 'I do this every Monday.'"

Quanell X also questioned why the teen does not have an ankle monitor.

The victims' grandmother Sheron Kayvavis also spoke saying, "He has broken some limbs off my family tree. He has really cut us down."

The Pflugerville Police Department denies the accusations that officers failed to pursue certain investigative processes. The department sent KVUE the following statement regarding the investigation into the Fishers' deaths:

The police department also said that although an arrest has been made, the investigation is ongoing. Now that charges have been filed, the department has turned the case over to the Travis County DA's office and "must defer any questions related to this case to them."

KVUE reached out to the DA's office and received the following statement:

"The Travis County District Attorney’s office does not comment on open cases, but confirmed the accuracy of the Pflugerville PD statement."

Man detained after road rage incident in Round Rock

Texas This Week: Lawmakers weigh in on bill to stop teaching critical race theory in schools

Will some Austin businesses drop requirements once the mask mandate ends next week?