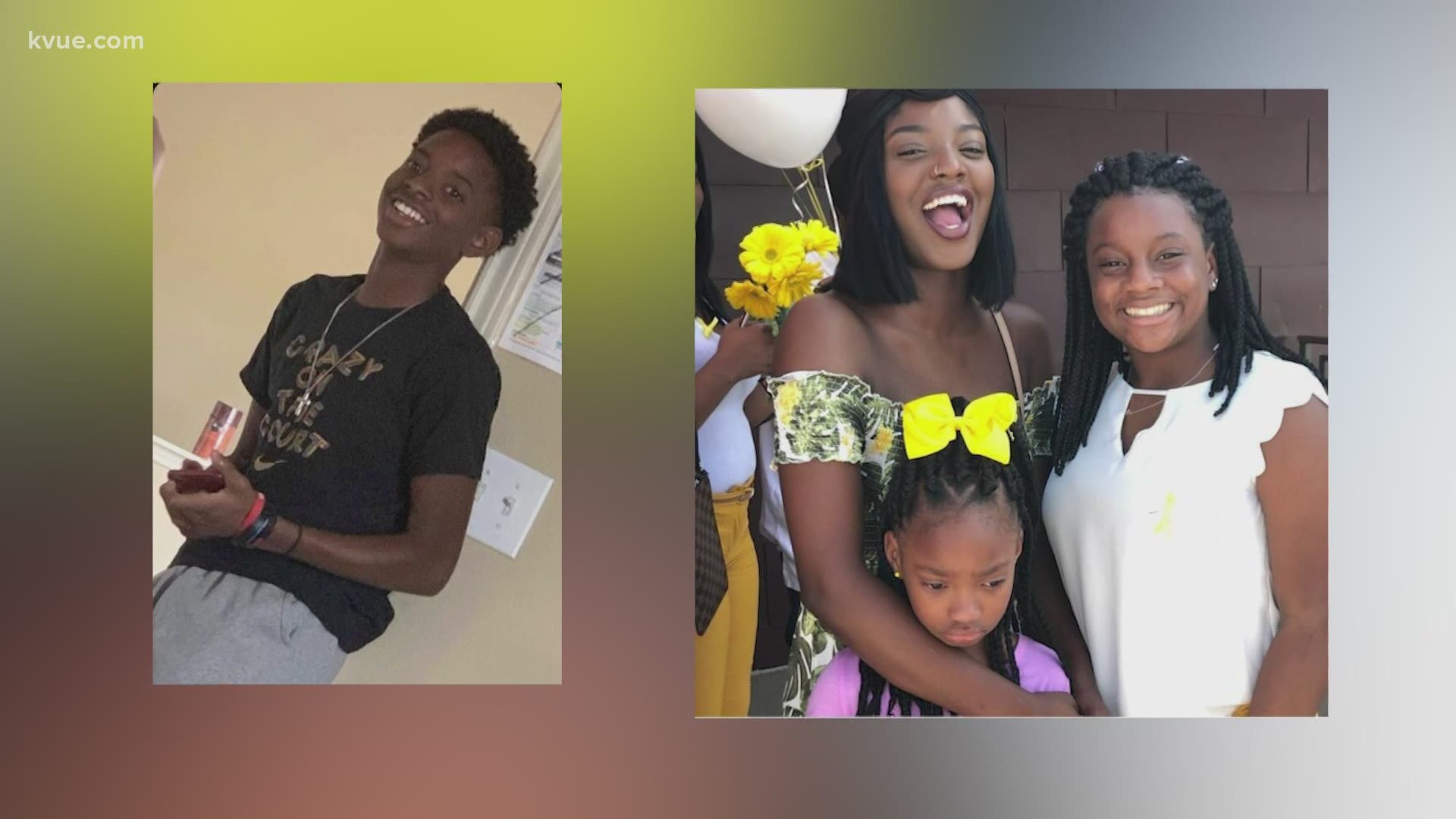 PFLUGERVILLE, Texas — A community is mourning with the family of two teens, a brother and sister, killed in a fatal car crash on Wednesday, Nov 11.

According to Pflugerville police, the fatal collision happened on the southbound access road of State Highway 130 near Pflugerville Parkway on Wednesday morning. A spokesperson with the police department was unable to confirm additional details as the investigation is ongoing.

But family members of 15-year-old Lee Anthony Fisher and his sister, 17-year-old Le'Nyce Fisher, said both teens were killed in that car crash.

Family members spoke to KVUE on Tuesday. They said the siblings were students at Weiss High School.

"It’s hard to pick out [the] happiest memory because all the memories are happy," said Jessie Davis, a cousin of the siblings. "Every time we were around Lee Anthony or Le’nyce, it was a memory to remember."

Another cousin, Armanee Head, said she always clicked with the two growing up, sharing many memories of playing games and spending time with each other.

"We were best friends growing up," she said.

She added that both siblings were athletes that played multiple sports, which included Lee Anthony Fisher playing football and Le'Nyce Fisher playing basketball.

Debbie Head, the siblings' aunt, told KVUE the community has been reaching out to the family with support.

"They were wonderful kids. The community loves them," Head said. "The school district, the principals, coaches, counselors, everyone has been reaching out to us ... These were two amazing kids – two amazing kids."

"I want to reach out to the younger crowd that – please pay attention when you’re driving. No texting," she said. "Pay attention to your surroundings and that yellow light does not mean to run through the light. It means you need to prepare yourself to stop."

Another aunt, Carolyn Thomas, described both teenagers as smart, with their own personalities.

"Le’Nyce just has that sweet calm personality, and I think they all know that Lee Anthony was the class clown," Thomas said. "Hard-working, very responsible, loved her family."

A Pflugerville police spokesperson sent KVUE a statement saying, "The Pflugerville community is strong, and supports each other in times of tragedy. Our hearts go out to everyone in our community impacted by last week’s fatal car crash."

The Weiss High School community is also honoring the teens and trying to help the family. Last week, the football team held a balloon release in Lee Anthony Fisher's honor.

Fundraisers have also been started to help the family during this time.

Those who would like to donate are also given the option to go to Frost Bank and donate to "Friends of Weiss: Memorial Account for Lee Anthony and Le'Nyce Fisher."