'Look at the facts': Parents dig into info as hundreds of NBISD students quarantine

“I'm trying to make decisions for my daughter to make sure that she's safe and she's getting the education that she needs," said an NBISD parent. 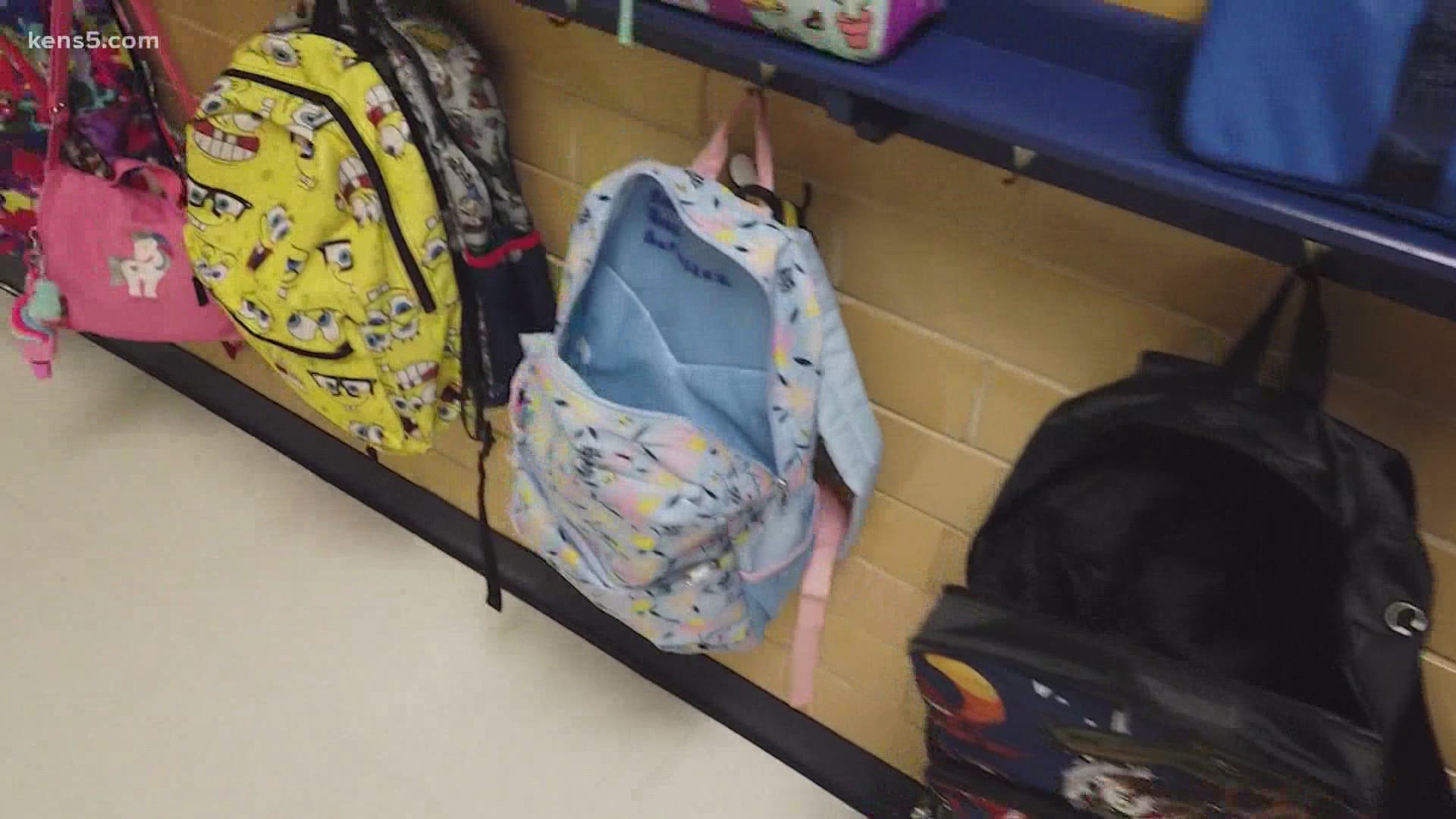 NEW BRAUNFELS, Texas — New Braunfels ISD parents are preparing for some changes with the next grading period.

Starting Oct. 19, some students who were remote learners will be returning to the classroom. Ahead of that date, parents continue to keep close tabs on coronavirus case numbers in the district—especially after the development that more than 300 students in the district are now in quarantine after a potential exposure with a positive case of the virus.

A dashboard is available online where anyone can check cases reported within NBISD.

“The stress I had when I first read it – 300 students – it's just really hard for parents to see things like that,” said NBISD parent Carolina Kuhn. “I'm trying to make decisions for my daughter to make sure that she's safe and she's getting the education that she needs.”

Kuhn’s daughter, Emily, is in the 5th grade. The 10-year-old has been a remote learner for the first part of the school year, but she’s planning on going back to Seele Elementary for the next grading period.

“We had our family meeting about sending her back to school,” Kuhn said. “She has severe asthma. We took everything into consideration.”

Kuhn says after seeing so many students in quarantine, she had a moment of concern and decided to dig deeper.

“It scares you, but you've got to look at the facts and numbers,” she said. “The fact is, yes, we have these students who are sick, but the majority of them (out of school)aren't sick. It's just because they were exposed to that person for a limited time.”

The online dashboard shows New Braunfels High School and the Ninth Grade Center make up the majority of students and staff placed in quarantine.

“In the last week, we had to quarantine nearly 300 students districtwide. This is due to multiple positive cases that resulted in multiple close contacts,” an NBISD spokesperson is quoted as saying in a Friday statement. “I am not able to comment on specific students or student groups that have been impacted due to privacy issues. All close contacts have been notified and are under quarantine until a prescribed date that has been issued by the NBISD Health Service Department.”

Two weeks ago, Superintendent Randy Moczygemba explained in a public forum that quarantine guidelines can be strict.

“Not a single one of those students or teachers who was quarantined due to exposure to a student at school, that was exposed outside, has had any symptoms of COVID-19, nor have they contracted COVID-19,” said Superintendent Moczygemba on Sept. 23rd. “We're really concerned about the CDC guidelines pushing us to quarantine a lot of students and some teachers in there that may not be necessary.”

A district spokesperson said NBISD is reviewing cases to see if this trend continues. Those findings will eventually be presented in a future board of trustees meeting.

Kuhn encourages all parents to take a close look at information, ask questions and speak with other parents for clarity. She says seeing no cases, symptoms or exposures at Seele Elementary – and hearing from a friend about her child’s experience on campus – helped to put her at ease.

“They're doing everything they possibly can to keep our kids safe,” she said. “That makes me feel better and I can sleep at night.”

"After 11:59 p.m. on Sunday, Oct. 4, parents are locked into their decision based on what they stated in their Change Request Form," said the district spokesperson. "If a student is out sick they can still participate and be considered present if they engage in any manner like our remote learners."