Police said Omar Munguia was shot in a road rage incident in southeast Austin on Nov. 25. He died a week later. Detectives still don't have many leads. 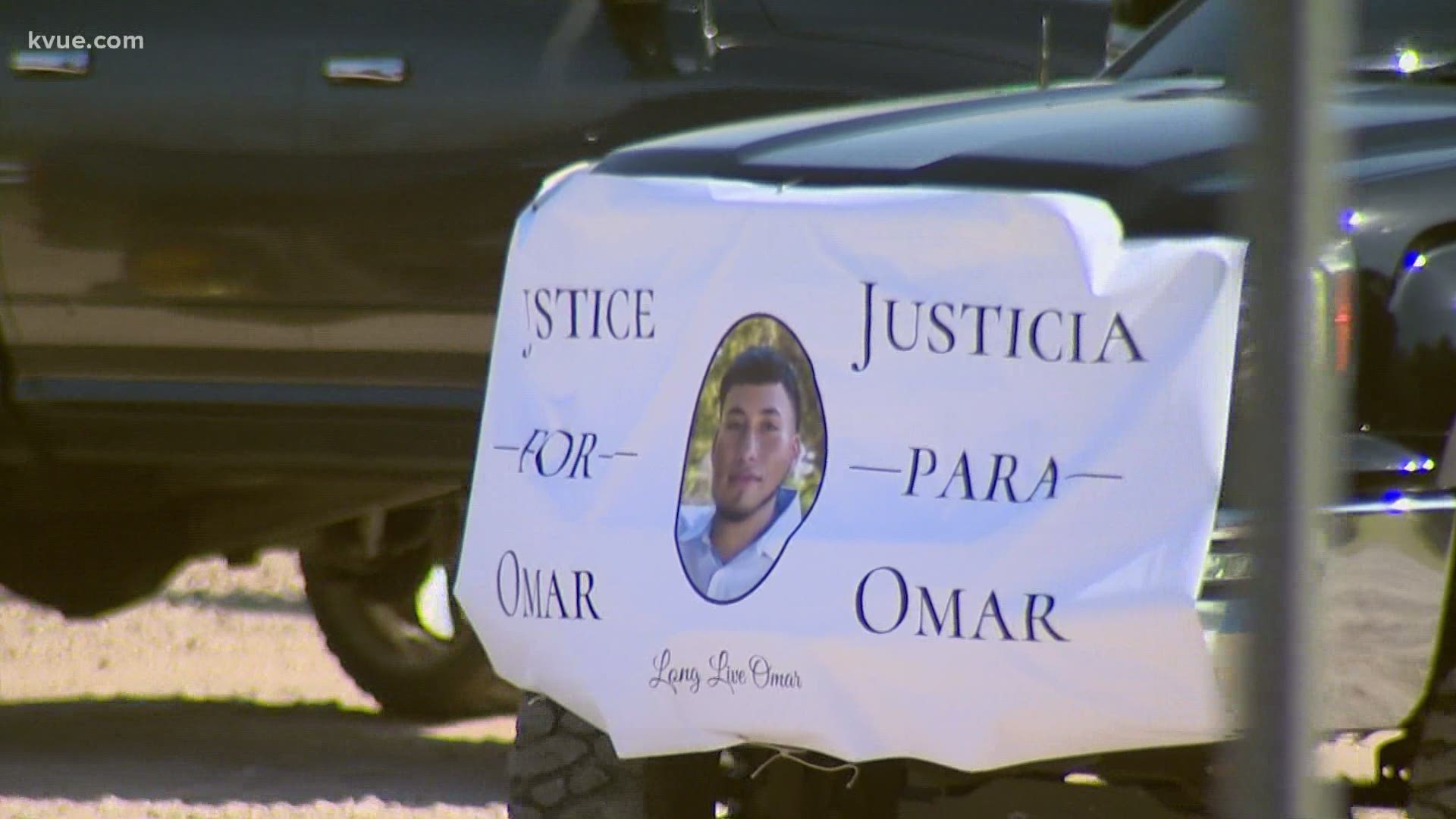 AUSTIN, Texas — Family and friends are remembering Omar Munguia, a road rage victim who was killed a little over two months ago in southeast Austin.

On Saturday, trucks gathered in Zilker Park in honor of Munguia. The "Justice for Omar" cruise ended in the Riverside Drive and Montopolis area, where the road rage incident occurred. A special moment of prayer was also held.

The Austin Police Department said 20-year-old Munguia was shot in a road rage incident on Riverside Drive on Nov. 25. He died a week later on Dec. 2.

Munguia's sisters say his death has ripped their family apart.

"We will miss him every day. It's more and more. It's just been very difficult, it's – for me, it feels like not two months have passed. It feels like just yesterday and everything is still there, so I miss him. You know, his goofiness, him going around the house," said Erlinda Hernandez, Munguia's sister. "And knowing that this is going to be something we have to live with makes it a lot more difficult, something that we can't even comprehend."

Munguia's family is offering a $10,000 reward to find the person responsible for his death. The family has also created a Facebook page to try to raise awareness.

APD homicide detectives don't have many leads. They are looking for a white four-door sedan with a sunroof that they believe was involved in this road rage incident.

Texas will require students to take the STAAR test in person