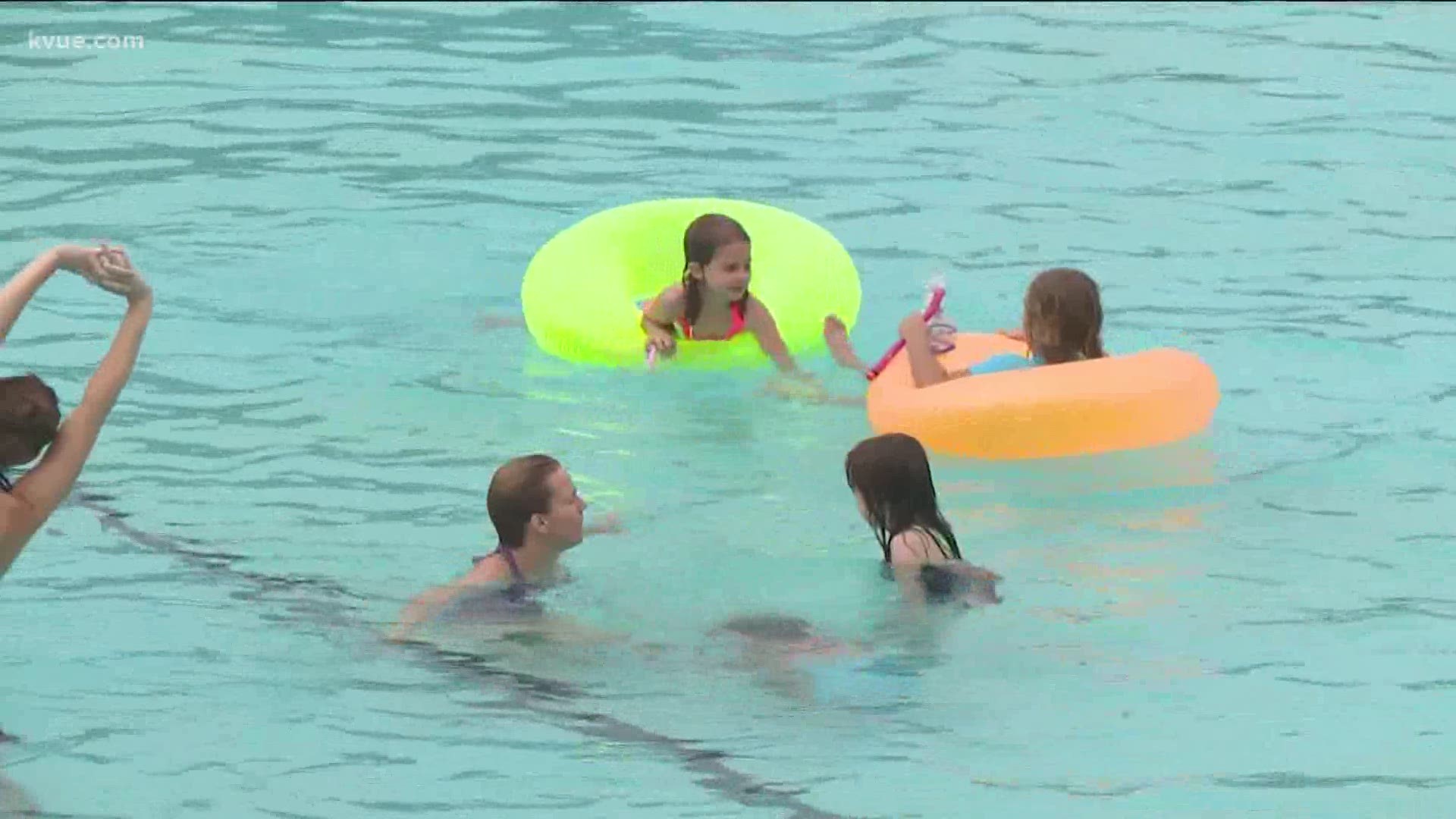 AUSTIN, Texas — Memorial Day weekend is in full swing, which means many families are spending time at pools, lakes and rivers. Even though it's a little too late to jump into swimming lessons for this Memorial Day, there are some ways to keep your children and yourself safe.

"Put away the distractions, put away the side conversations," said Stewart Williams, Dell Children's Medical Center's injury prevention manager. "Designate someone to watch the children that are in the water. Be in the water and active with them."

Unlike in the movies, Williams said drowning happens fast and quietly, so being in the water with kids is the safest option. Williams said this year alone, the State has reported 24 fatal drownings.

And when it comes to swimming safety for children, there are some misconceptions.

"We do not encourage floaties at all," Williams said. "What happens with the floaters is, it tends to lift the arms and put the head in the water."

He encourages using a Coast Guard-approved life jacket instead.

Also, if you are not a strong swimmer and you see someone drowning, he said do not jump in because it could end fatally for both of you.

"Call for help, throw something that can float that they might be able to be latched onto by that person in distress," Williams said. "Try to reach them with something that's long, but refrain from going into the water after them at any cost."

Williams said last year, Dell Children's saw a record number of child drowning cases, with 47 near-fatal and six fatal. Most of those drownings happened at residential pools to children between the ages of one and four.

He said drownings can also occur during a non-swim time. Besides swim lessons, he provided some ways to keep your residential pool safe.

Texas has the most pool fatalities involving children, survey says

"If you don't have a four-sided barrier around that pool, invest in some alarms that attach to windows that might open on into that area," Williams said. "You may even invest in an alarm that sits in the water that detects when somebody is in distress."

Williams also has a message for adults.

"Please limit the risky behavior that sometimes is associated with water and having a good time up there," Williams said. "Be safe, watch each other and put your sunscreen on."

Williams is part of Dell Children's newly launched Drowning Prevention and Water Safety program, where they are looking into policies and environmental changes that can be made to prevent children from drowning.

WATCH: Texas ties first in the US for children drowning deaths