'Manor-opoly' celebrates the city of Manor with Monopoly game

We've all heard of Monopoly, but Manor now has a new version, "Manor-opoly." 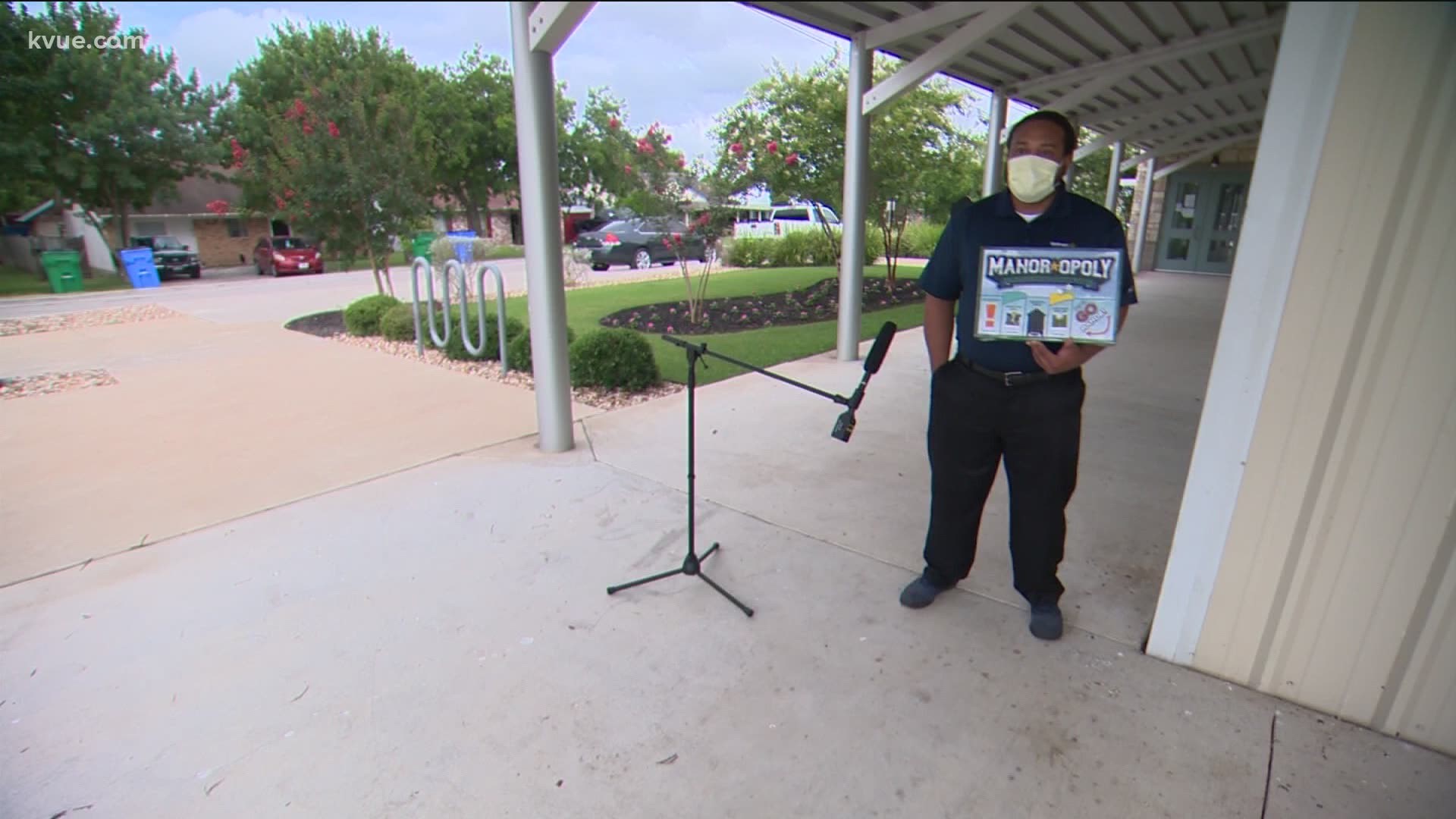 MANOR, Texas — A board game allows people to step into new worlds, but some board games allow people to travel to places they know and love.

"We're talking about the 'Manor-opoly' game," said Tim Ellison, who is the general manager of a Walmart and the man who helped make the game possible. "There's just a lot of special things that are on this game right here."

He wanted to help show off the places that make Manor, Manor. That's why he worked with game developers to make sure the right places were on the board.

Places like Ben Fisher park, Manor High school, Manor New Tech High School and restaurants like Good Luck Grill are on the board highlighting the city he loves.

"I reached out to the mayor of the city and I said, 'Hey the Manor Monopoly game finally arrived in the stores,' and he said, 'I'm on the way to be the first one to get a copy of it,'" said Ellison.

"I'm already on the way I might as well pick one up," explained Mayor Larry Wallace Jr.

Wallace said that this game gives everyone in the city a chance to celebrate it.

"It really gives Manor and the people within Manor something to really kind of have something to uplift their spirits during this time of COVID 19," said the mayor. "Just because we don't have the big numbers, have the big businesses, doesn't mean we don't pack the same amount of punch."

Each move is a trip around the city and a chance to travel, even if it's just to where we live.

There were only 230 copies of the game made and they're sold only at the Manor Walmart.