With an increase in food prices, demand, and lack of food drives, Chris King said the nonprofit's monthly food cost increased by almost $10,000. 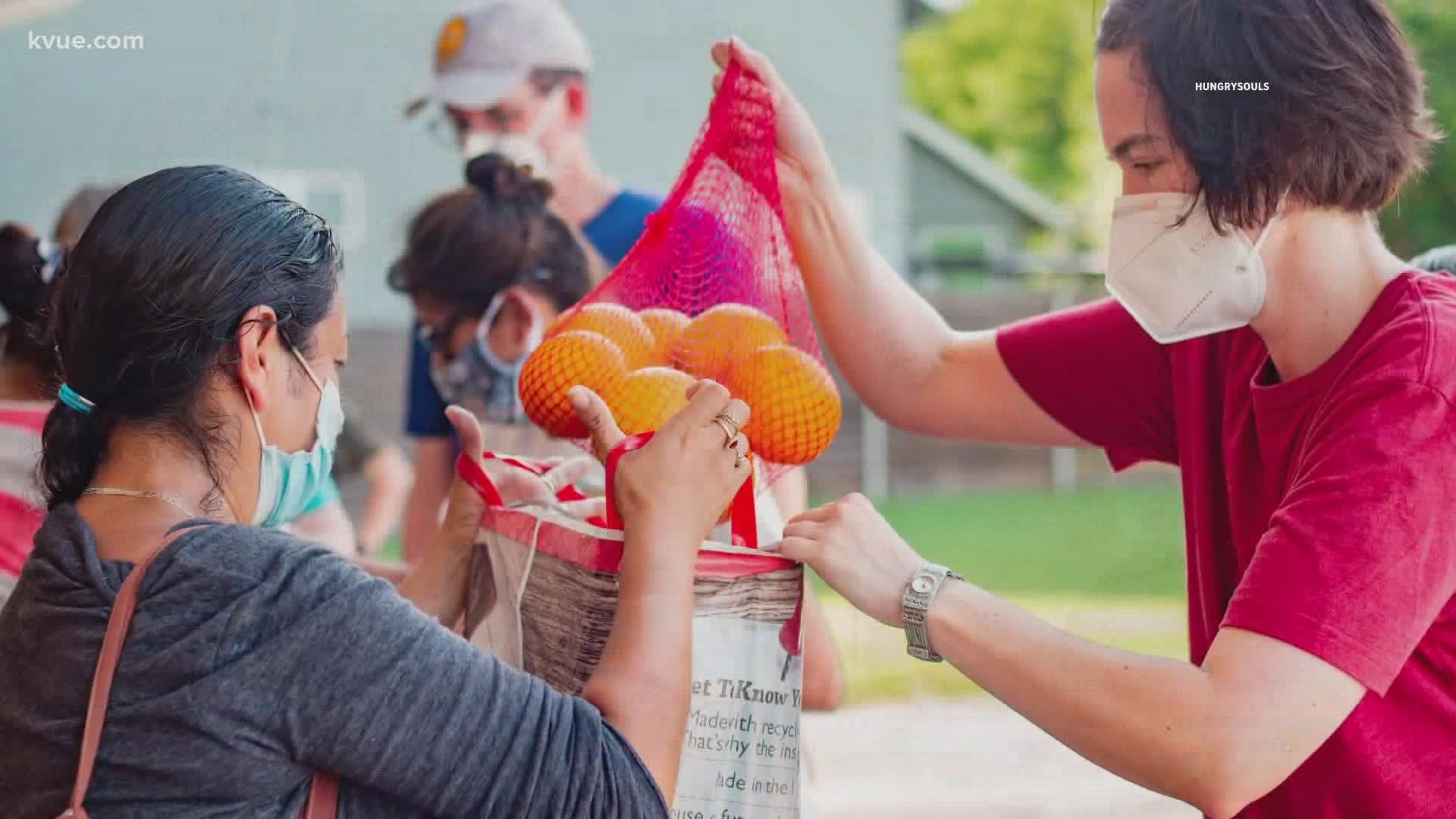 AUSTIN, Texas — People tend to donate more to charities during the holidays, but what some of us may not remember is that when the season is over, the need isn't.

We've seen the face of hunger spread like a wildfire during the COVID-19 pandemic.

Hungry Souls Executive Director Chris King said the number of meals the nonprofit is pulling off the shelves and into the hands of families in need has tripled.

"Right now, we're serving about 550 people every week," said King. "We just see that continuing to grow quite a bit."

Hungry Souls partnered with a dozen local schools to provide well-planned meals for the weekend and holidays. With the influx in food prices and demand, King said their food cost increased from about $2,500 per month to $12,000.

The nonprofit also has about 1,000 people on its waiting list.

King said they need the community's help more than ever.

"So, as groups want to do food drives for us, we look at items we're going to need to fulfill those menus in the future," said King. "So, we just give you 10 items that we want and anybody can go out and buy a bag of those food items at a Walmart for like $12."

If you have any extra H-E-B bags or dozen sized egg cartons, they are accepting those also.

Hungry Souls said it has a huge need for volunteers, too.

While the pandemic has brought so many changes – like how the nonprofit delivers the food – there's one thing King said can stay the same.

"It's been great being able to interact with them more and have some time with them, just say hi, to be able to pray with them, cry with them if they need that," said King.

If you fall into category 1B, what proof do you need to show that you are high risk?