Kristy said it's the best her driveway has ever been. 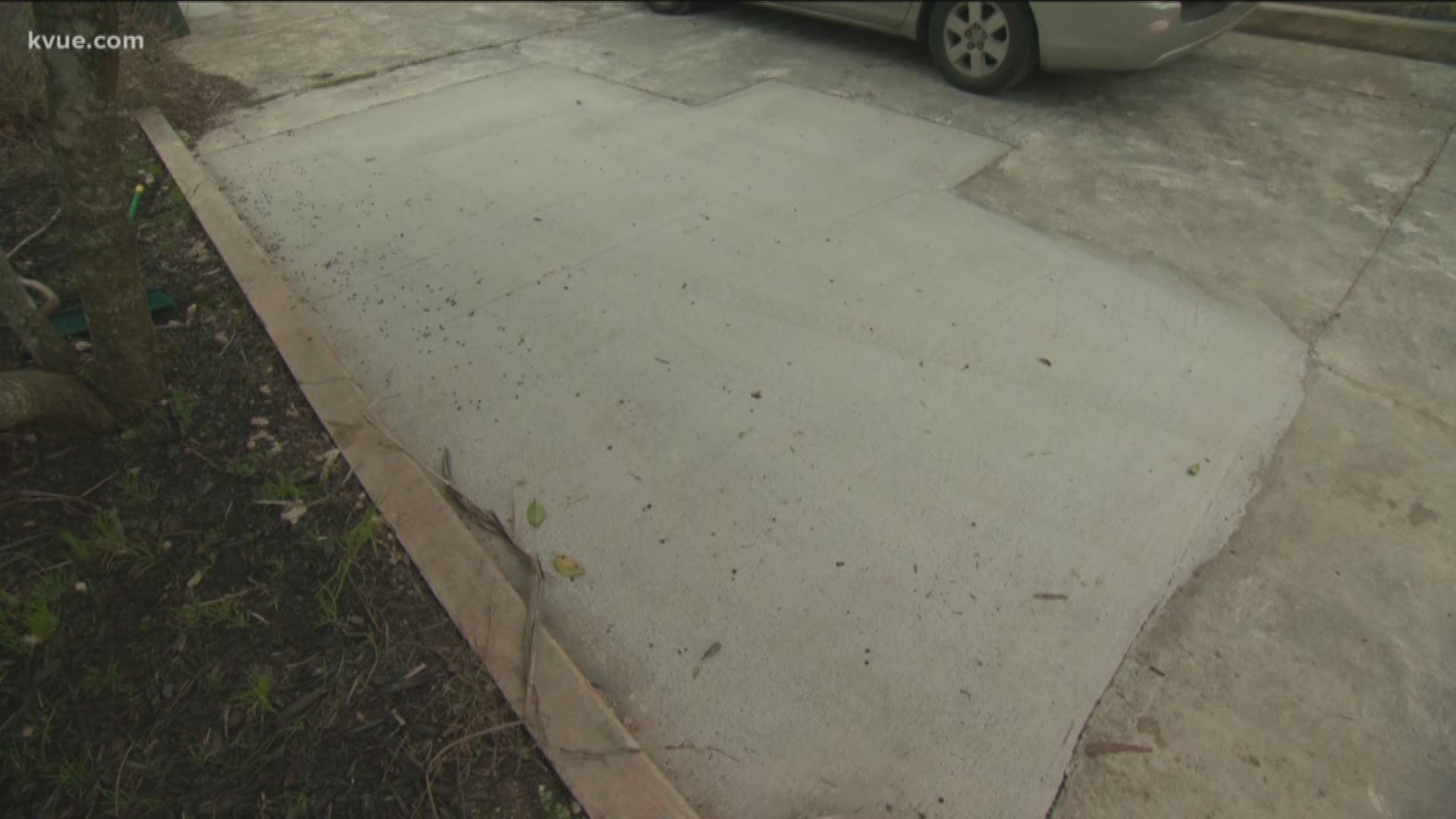 SAN MARCOS, Texas — In January, KVUE introduced you to a San Marcos woman whose driveway was ruined when scammers pretending to be city contractors dumped asphalt in it.

Now, a local company has stepped in to fix the problem.

After hearing Kristy's story on KVUE, Integrity Pavement offered to fix the driveway for real -- and for free.

Kristy said it's the best her driveway has ever been.

"It's a million times better. Now my kids' shoes don't have that gunk on them. They can ride their bikes over them," Kristy said. "That stuff is bad for people."

Kristy also said Integrity Pavement went above and beyond, fixing other parts of her driveway. She said it would have cost her $2,500 if she had hired someone to fix the mess.