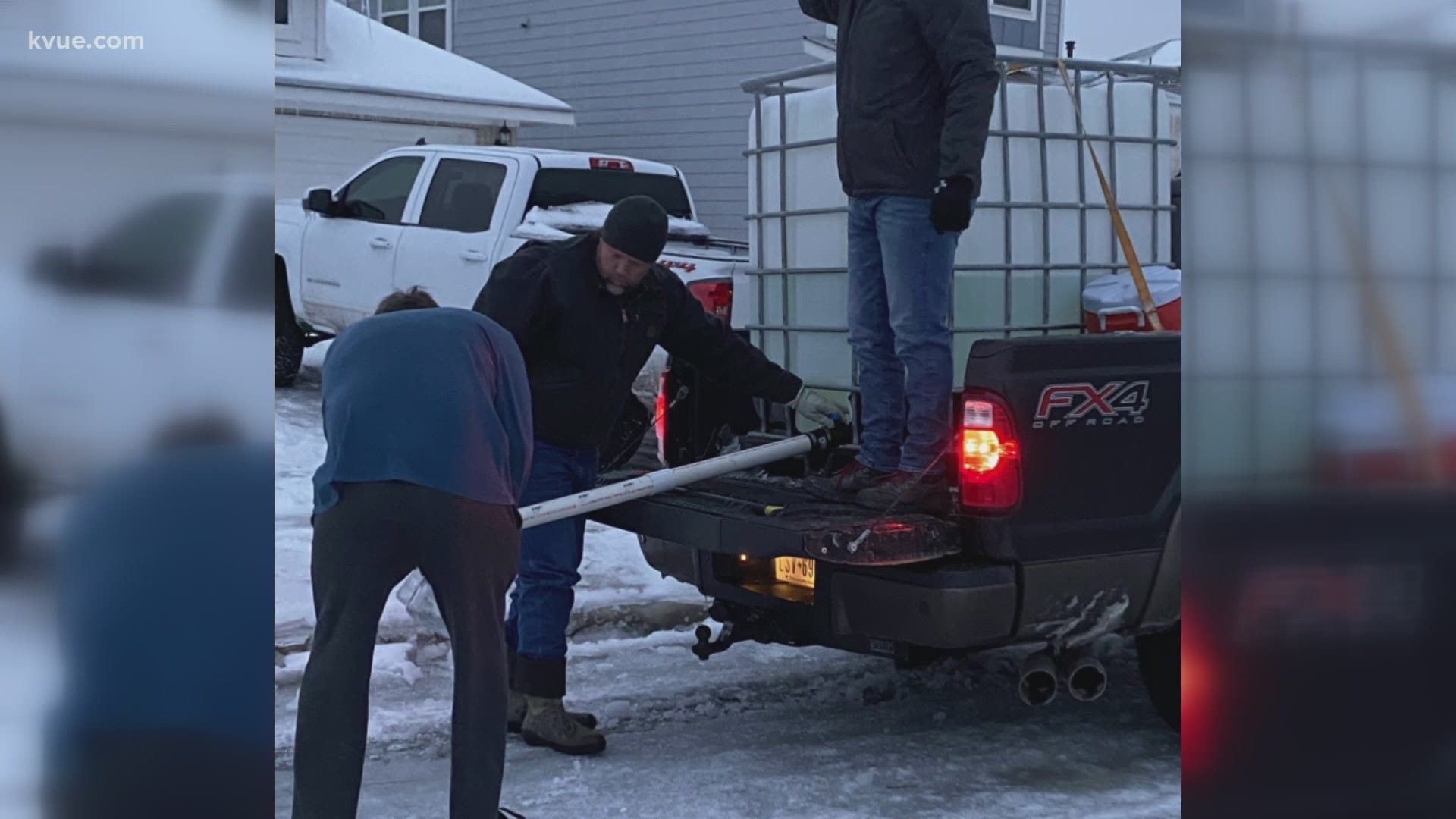 AUSTIN, Texas — In mid-February, when temperatures dipped into single digits and many families in Central Texas went without power and water, Georgetown ISD athletics director Jason Dean knew it was time to help those in need – so he enlisted the help of a few friends and a recent purchase intended for livestock.

"He has some cows, and he had to figure out a way to get them water because his water was freezing up, so he bought a 300-gallon tank for the back of his pickup truck so he could deliver water to his cows," said Georgetown head football coach Chuck Griffin. "[Then], he just put out there on Twitter, 'If anybody needs water, I have a way to deliver water."

If any of our Georgetown #GISD folks need water send me a DM - I’ve got a 330 gallon tank and can deliver and you can fill up what containers you have.

The two coaches, along with their wives, set out to distribute hundreds of gallons of water to families in need.

"The wives walked down the street going door to door," said Griffin. "We just drove the truck down the street and people would bring out their pitchers, or coolers, or bowls, or buckets."

One of those people was Andrew McKibbin.

"You know, it's dark, we get a knock at the door. [I thought,] 'Who's at the door?'" said McKibbin. "There's a lady there and she says, 'Do you guys need water?' Of course we need water; everybody needs water. The pipes are all dry for everybody in the neighborhood."

The Deans and Griffins helped family after family in that Williamson County community, and Griffin said it was his duty to do so.

"As a follower of Christ what we're called to do is serve, and that's part of what we're supposed to do, and to be able to do that and see it on other people's faces when it's really needed is pretty awesome," said Griffin.

"You know, it's a very grateful feeling," said McKibbin. "Very thankful for those guys who just wanted to help."

After spending hours delivering water to strangers on Wednesday, Dean returned to the road on Thursday morning, picking up right where he left off.