Local businesses and people raise money for those in need

Free meals were provided all over the city. 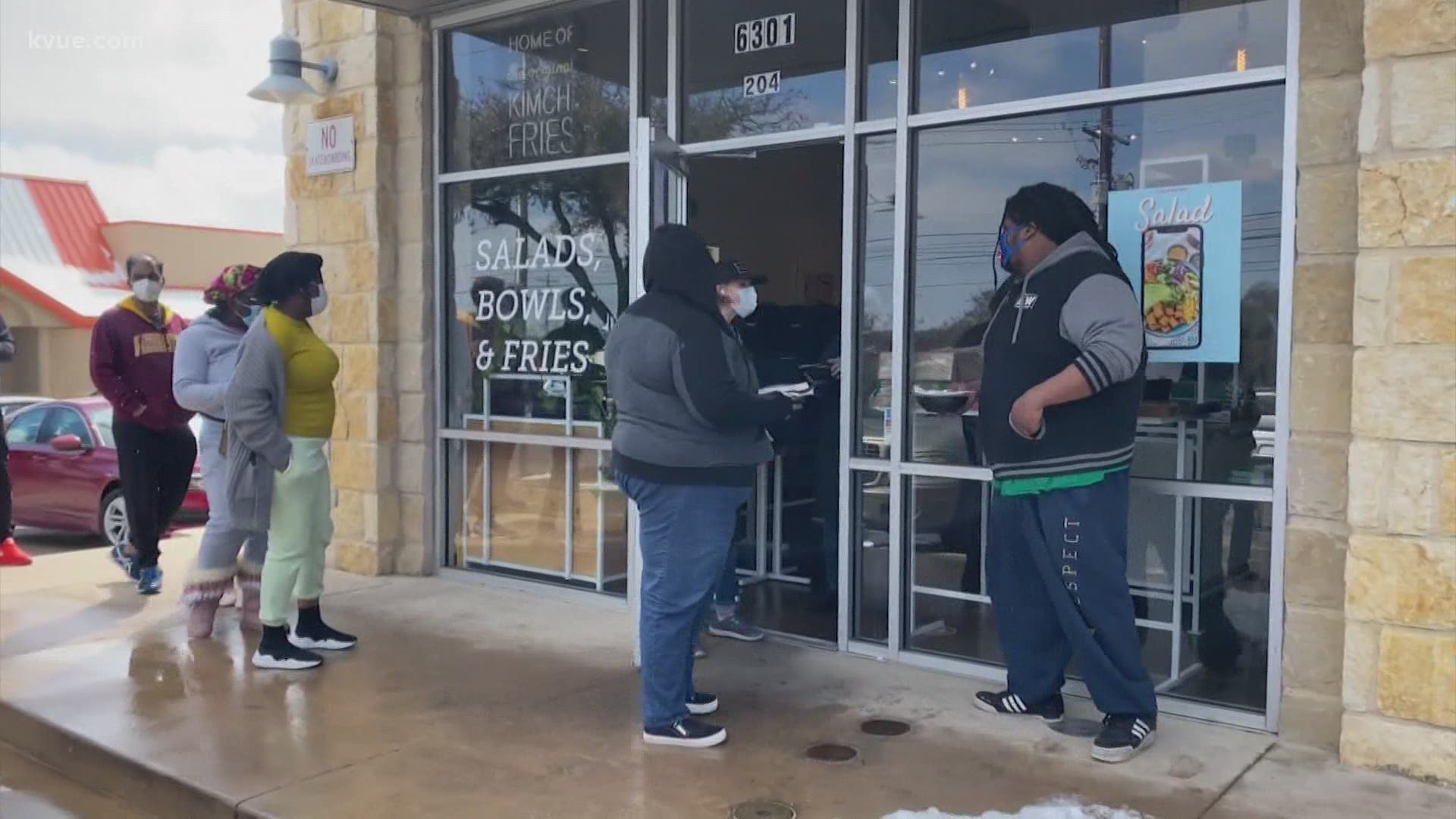 AUSTIN, Texas — Food blogger Jane Ko from A Taste of Koko teamed up with 365 Things Austin, Cara Caulkins Communications and MYLK Collective to start a Winter Relief GoFundMe. They surpassed $10,000 in three hours. Now the GoFundMe has raised more than $100,000.

“It’s not that restaurants don’t want to open, it’s that their staff can’t even get to their stores. And they need this money because a lot of service industry lives paycheck to paycheck,” said Ko.

Restaurant El Patio was looking forward to revenue from Valentine’s Day weekend, but the weather had a different plan. The restaurant’s pipes froze, and they didn’t want their food to go to waste, so they decided to take their misfortune and turn it into a good deed. El Patio made more than 300 enchiladas for employees at Ascension Seton and delivered free food to University of Texas students.

While El Patio has been around for 66 years, there were new Austinites who also rose to the occasion.

Goalkeeper for Austin FC, Brad Stuver, has only lived in Austin since Jan. 3. That didn’t stop him and his teammates from wanting to do something for their new city.

They’ve raised $30,000 for the 4ATX Foundation through their Winter Storm Relief Fund.

Other companies like Deep Eddy Vodka, Kendra Scott, Red Bull, Ranch Rider and so many more have also played a big role in helping out the people of Austin.

One thing that makes this city special is the people’s spirit to give back to the community.

“I’m so grateful for Austin because I think in moments of crisis, as I have experienced in the past, whether it was a hurricane, whether it’s COVID, that my community will rally with me,” said Ko.