Albert joined the KVUE Storm Team over a decade ago. 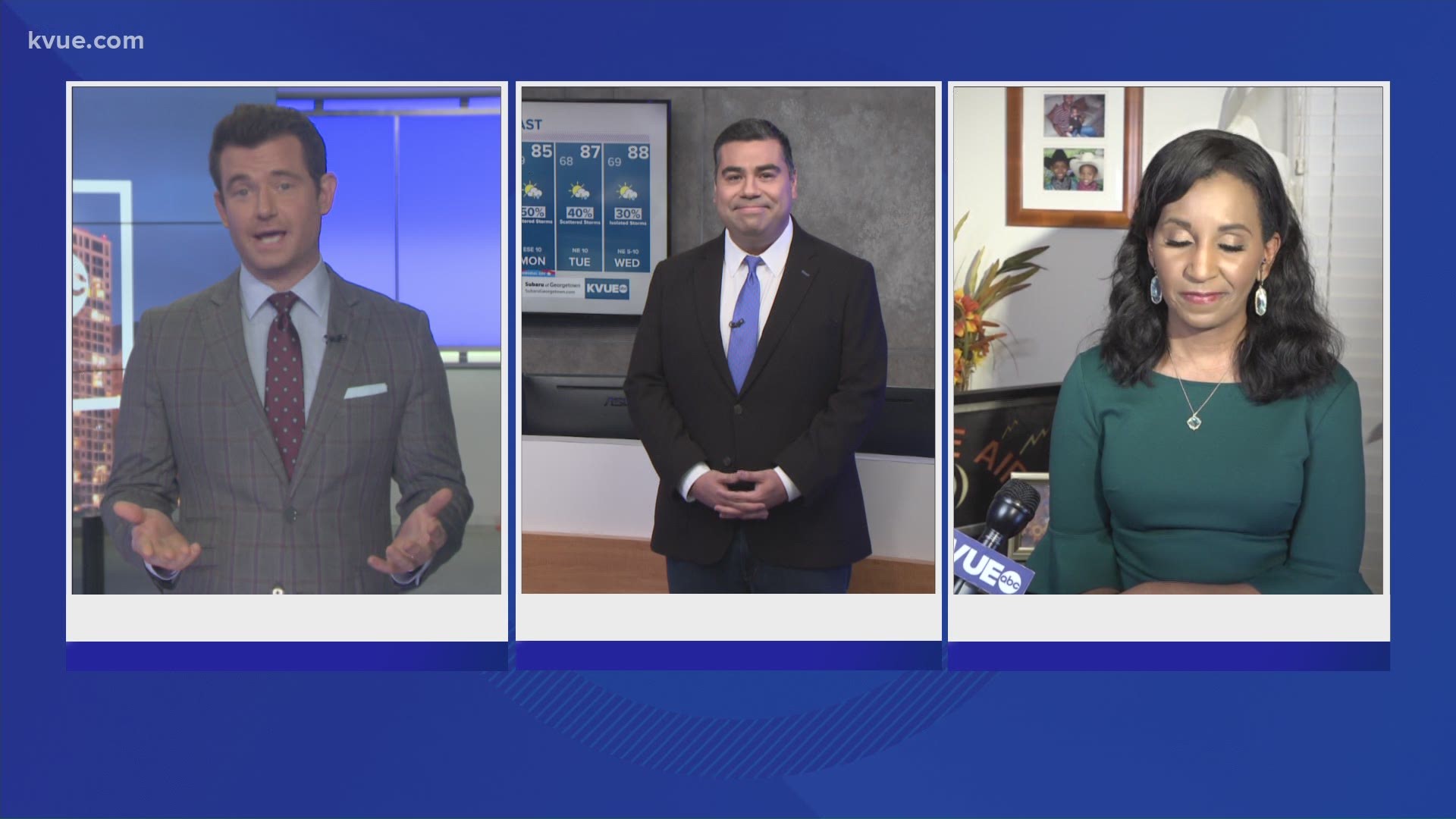 AUSTIN, Texas — As proud as we are of him, the KVUE team is sad to say goodbye to one of our beloved coworkers, Chief Meteorologist Albert Ramon.

A Texas native, Albert joined the KVUE Storm Team in October 2009 as the weekend morning and evening meteorologist. In June 2010, Albert made the move to weekdays and joined the Daybreak and Midday teams. In October 2016, he was promoted to KVUE's chief meteorologist.

Albert has earned the Seal of Approval from both the American Meteorological Society and the National Weather Association. He has also received the Texas Associated Press award for Best Weathercast.

To celebrate his success and give him a proper send-off, KVUE is doing something of a farewell tour, where coworkers and friends can reflect on their time with Albert.

First up: KVUE Nightbeat Anchor Quita Culpepper, who has worked with Albert for 10 years after they both got their KVUE starts on Weekend Daybreak.

Next to say their goodbyes to Albert: Daybreak Anchors Bryan Mays and Yvonne Nava, who worked with Albert back when he was on weekday mornings, and Evening Anchor Terri Gruca, who works with Albert every weekday.

While he can't reveal where he's headed just yet, Albert confirmed Monday that he will be moving to Chicago at the end of the week. He has also said that this was an opportunity he couldn't pass up and that he will miss his KVUE family a lot.