Knoxville Mayor Indya Kincannon said she agreed with the District Attorney's decision not to file charges after Anthony Thompson Jr., 17, was fatally shot. 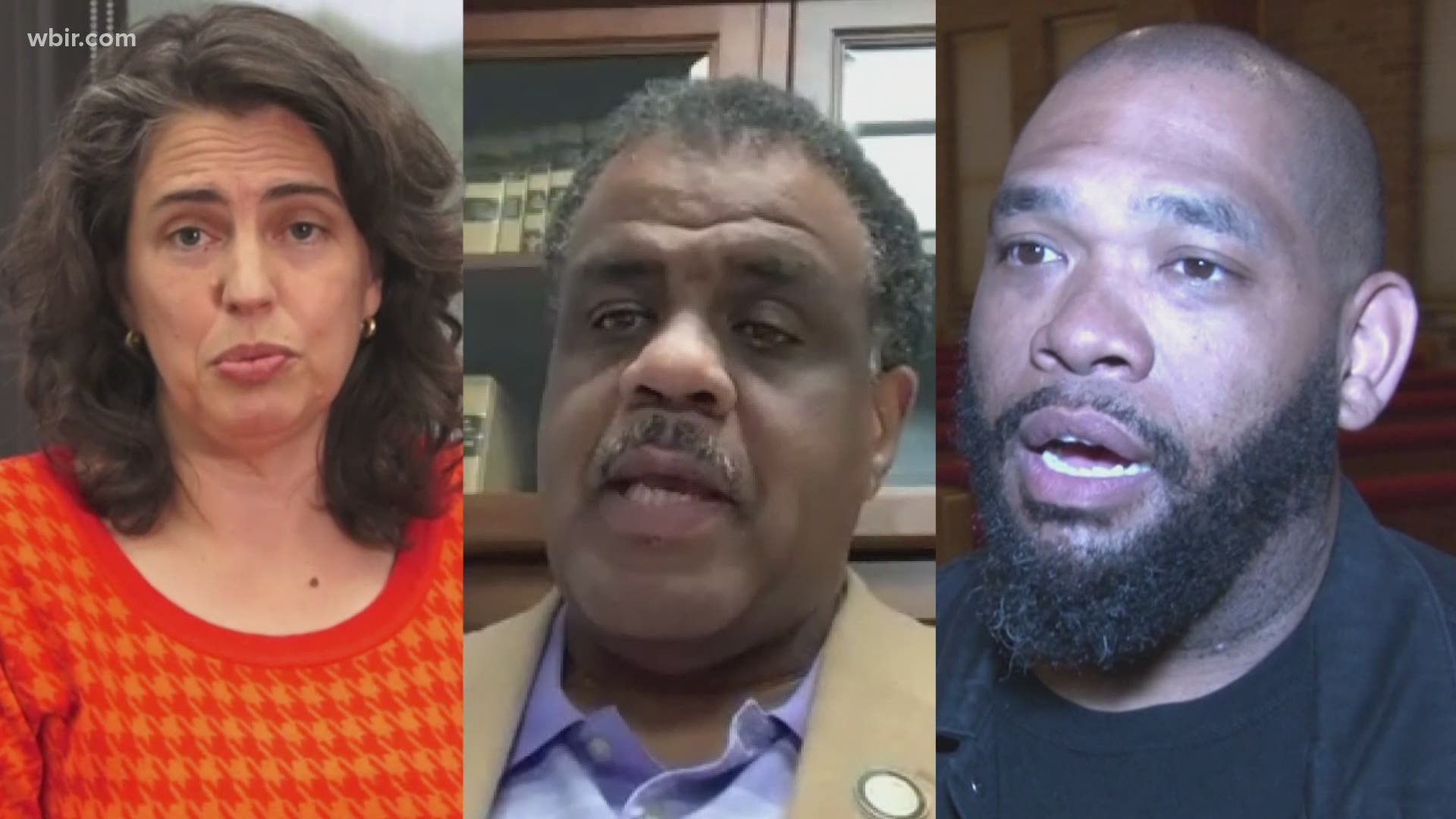 KNOXVILLE, Tenn. — The mayors of Knoxville and Knox County responded following the Knox County District Attorney General's decision not to file charges after a 17-year-old student was fatally shot at Austin-East Magnet High School, after releasing body camera footage of the incident.

Knoxville Mayor Indya Kincannon said she agreed with the decision.

The altercation took 11 seconds. During that time, Anthony Thompson Jr., 17, was shot inside a bathroom at the school. The Tennessee Bureau of Investigation and Attorney General's office said he had a handgun when he was confronted by four Knoxville Police Department officers.

"It's a hard day in our city," Knoxville Mayor Indya Kincannon said during a press conference on Wednesday. "It's hard to see that a 17-year-old boy who lost his own life, who is the same age as my own daughter."

However, she also pushed for the release of the footage after protests in the city and other leaders calling for the footage's release.

"Transparency Matters. Accountability matters," Kincannon said. "Watching the video, my heart continues to break for Anthony. His life matters and he is gone too soon."

Kincannon also said that she agreed with the decision not to charge any of the officers involved in the shooting.

"It was a very challenging situation for our officers, and they had to act in a very short time — 11 seconds," Kincannon said. "They thought they saw a gun and thought one of their fellow officers were shot. So, yeah, I think those conclusions were fair."

Knox County Mayor Glenn Jacobs on Friday said it's been "a horrible couple of weeks," but encouraged people to hold onto hope despite the violence and loss of life.

"While this was not an incident of an unjustified officer-involved shooting, a young man still lost his life, four police officers will still have to live with that memory, and our community is still grappling with a sense of profound loss and searching for answers," he said. " In communities across America, not just here in Knox County, people have lost hope, and when you lose hope, you give up."

Jacobs said he supported Allen's decision to withhold body camera footage up until she released it Wednesday, saying he was sympathetic to those wanting it released sooner, but did not want to see the legal process circumvented.

"My hope is that out of these tragedies, we really can work together, all of us, to make impactful changes that will inspire hope in our young people, and not just those in east Knoxville, but all of our young people across Knox County." - @GlennJacobsTN https://t.co/XAAiS6A1fo

SRO Adam Willson was also injured during the altercation on April 12. Officer Jonathon Clabough fired two shots in the bathroom, and District Attorney Charme Allen said that he acted in his own self-defense and in the defense of other officers.

Clabough responded to the school with Officer Brian Baldwin and Lt. Stanley Cash after the mother of Thompson's girlfriend filed a domestic violence complaint against him. She and her daughter said Thompson physically injured her earlier in the day at school, and it wasn't the first time.

They intended to arrest Thompson on a domestic violence complaint. Allen showed evidence that proved that Thompson knew that officers were likely coming to arrest him. Officials also said that officers knew Thompson was known to carry a gun, but they had no reason to believe he had it with him at school.

Kincannon said during her briefing that she believed gun violence was a significant problem in the community, and she said that guns are too accessible by people of all ages.

"Too many people are using guns to solve their problems, and that must change here locally and across the state and across our nation," she said.

Jacobs said his hope is that young people know they have value -- saying they should take control and get out of life what they want, and that there is "a better outcome for them than joining a gang."

"My heart goes out to the families of the young people who have lost their lives, to the officers who were involved in this latest incident, and to our community, and I hope and I pray that some kind of good will come from this, that we will work to make some good come out of it," he said.

"We grieve together in the loss of a young person," Kincannon said. "We hurt together at the pain in our community and the lives affected by violence. We care together about the future of our city, of our young people and of families all across the city."

I am relieved that the public is finally able to see the body-cam footage from Monday’s Austin-East High School shooting, as I have been pushing for. 1/13