By helping people find peace or gain strength, HARTH Foundation is hoping they can help even more people out in Central Texas. 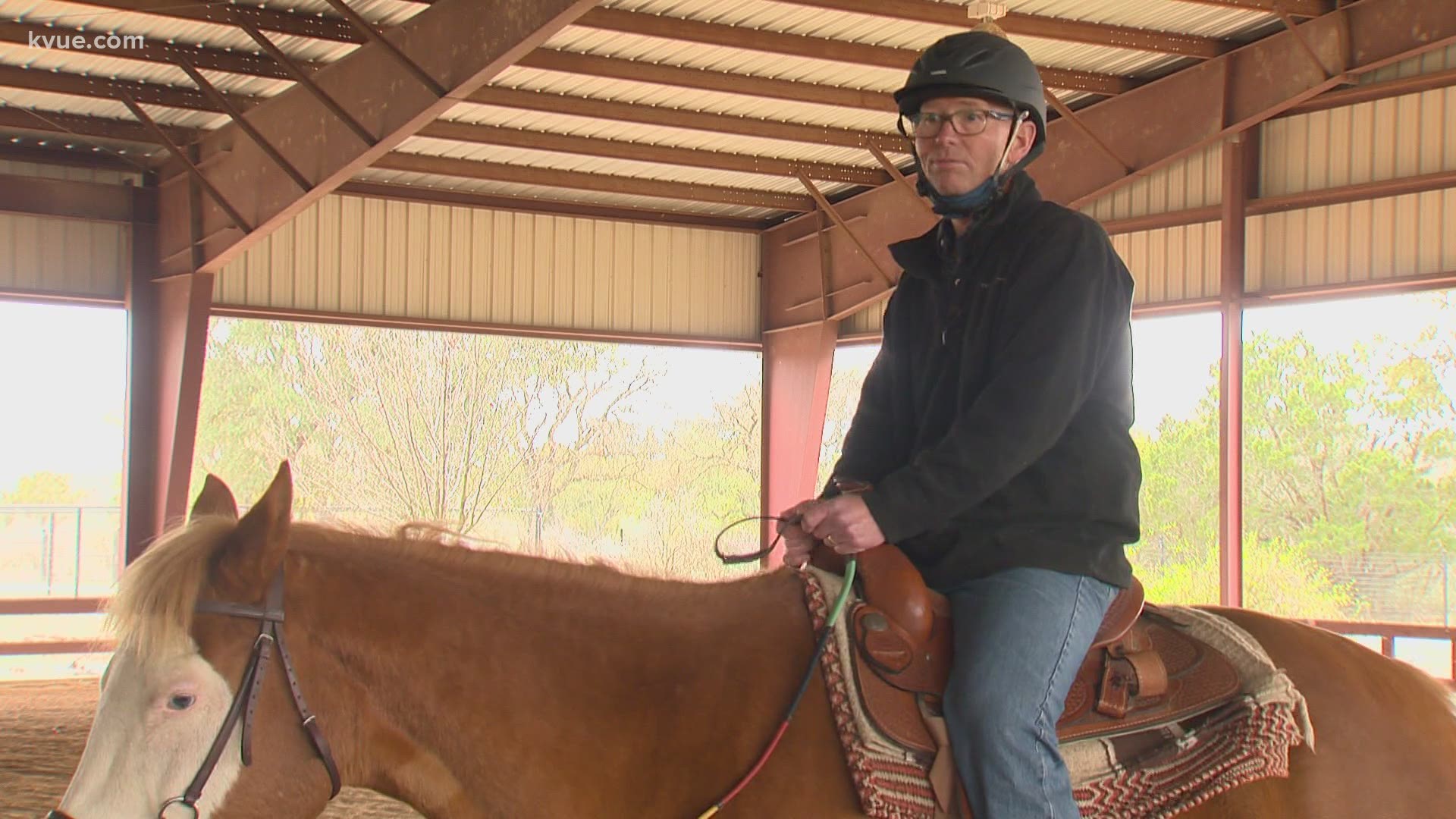 BURNET, Texas — Many people are stressed right now and going through some tough times. Finding a place that's calm, especially now, can be hard – a place to slow down and recover.

"You know, we're in nature; we're in the middle of the country here," said Sherry Atherton. "So you come here, you relax. You don't feel that giant stress of being here in the city."

But there's a place in Burnet that's hoping you can relax, with some help. It's a place where people like Army veteran Bryan Bell can set his mind at ease.

This place is called the HARTH Foundation.

"HARTH stands for Healing A Recovery Through Horses," said Atherton, the founder of HARTH.

The program that Bell is in right now is called "back in the saddle."

Certified trainer Jereny Johnson leads all of the therapy at HARTH.

It gives people the tools to get stronger. For others, the tools they need aren't mental, but physical.

Baby Aaron also does therapy at HARTH. He has a rare medical condition, and doctors told his parents the best way to get him to walk was by riding a horse.

"When you are moving on the horse, it's just like how we would walk," said Aaron's mom, Deepti Agarwal. "So it mimics our gait."

"It's been challenging. Very difficult emotionally sometimes, but it's been great," said Agarwal.

This year, they added one more type of rider.

"I was a police officer for 30 years, which was stressful. I retired in 2019," said Jeff Kneller. "I had no idea that I still had the amount of stress that I had till I started riding. You really get to forget about everything except for what you're doing for the time that you get to ride."

He also volunteers at HARTH to get more interaction with the animals.

"I don't know how you can judge or how you can measure that you've reduced your stress other than how you feel inside," Kneller said.

That feeling of peace, that calm place, is what the HARTH Foundation is hoping to help people find.

If you would like to learn more about the HARTH Foundation or help donate to its scholarship funds, visit the organization's website.

Capitol attack update: There's been another arrest in the Houston area, FBI says