The Runner City Facebook group acts like a food delivery app, but without the app. Drivers are able to keep a little bit more money from deliveries. 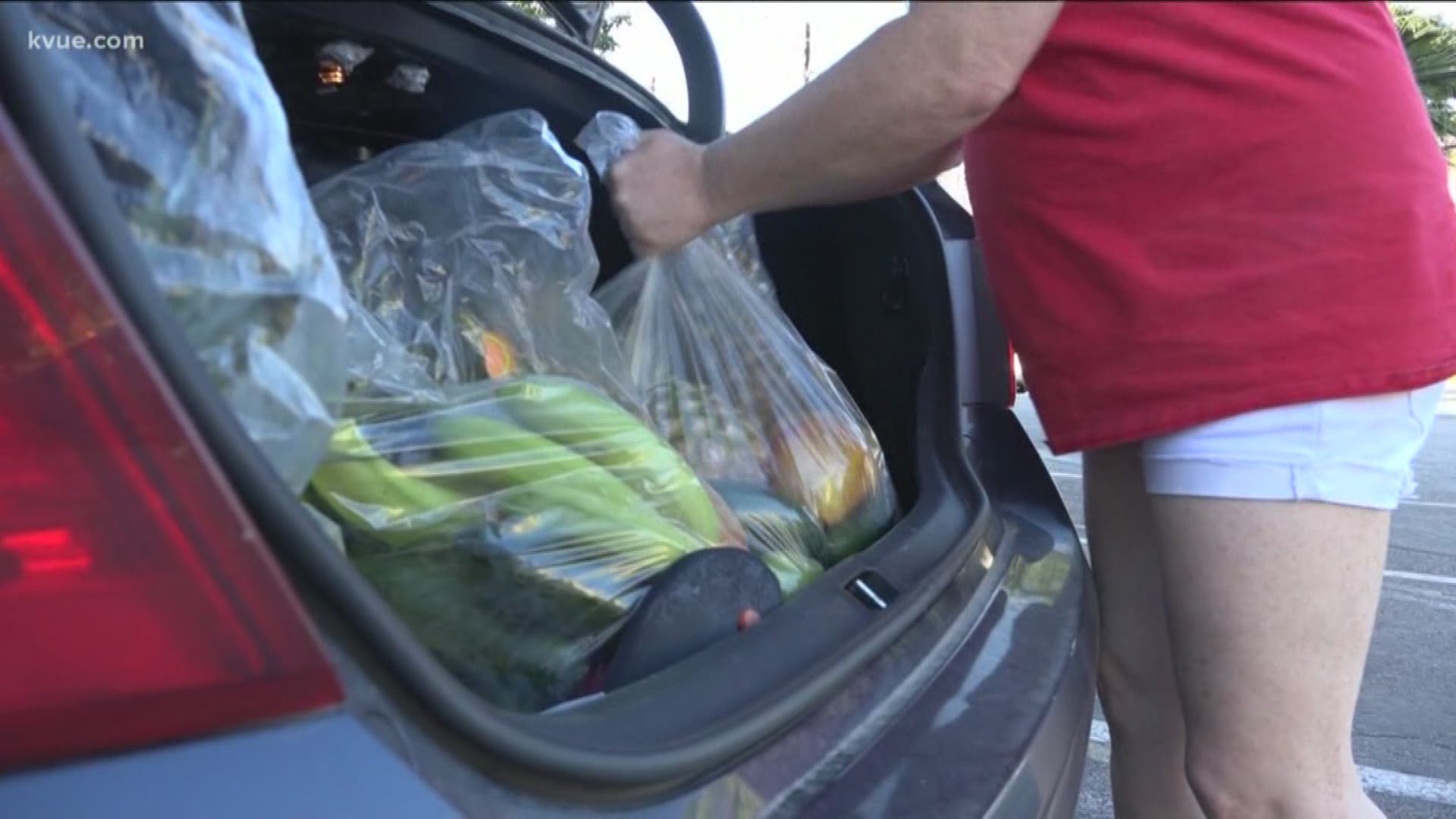 AUSTIN, Texas — Four drivers with Runner City delivered more than a dozen bags of fresh groceries to customers in Travis and Williamson Counties on Sunday night.

"I just joined because I have a lot of time and I really wanted to help out," Sacred Thomas said.

Thomas joined the Facebook group last week and has made a handful of deliveries. On Easter, he decided to deliver because he wasn't able to be with family for the holiday – most are in Dallas.

The deliveries put a little extra cash in his pocket because he's not seeing any business right now for his normal job. He works in video production.

"It’s a little different because you’re not running it through an app and it’s a little bit more personal," Thomas said.

Because it's not an app, there aren't the same operating costs, so drivers get to keep more of the money that customers pay for the delivery of the groceries, plus tip.

"It’s more important than ever to make sure gig workers are getting paid as much as possible," Kelsey Hatchingham said. “It feels a lot more personal than to just go on my phone, order food have somebody drop it off on my doorstep and I don’t have any kind of human interaction.”

Hatchingham typically uses the group for meal delivery, but said she might soon turn to grocery delivery as well. She's even gone so far as to meet a driver just off her driveway to exchange payment information. During this pandemic where everyone is encouraged to stay home, it's valuable to talk with the delivery driver at a safe distance.

David Poku organized the delivery and drop-offs on Sunday. It's only the second time he's made the deliveries happen, but he plans to organize it once per week.

"All the backorders and stuff, we wanted to create a process that's produce on-demand without that long wait, but also keep them out of grocery stores," Poku said.

"That’s something everyone needs and the grocery lines are crazy," Poku said.

He also emphasized the need for delivery drivers right now because of social distancing and making sure people stay home – especially those who are at higher risk.

"In my mind, let’s not wait until our friend or someone that is zero degrees separated from us gets affected by this before we start taking this seriously," Poku said. "Let’s assume we have that kid who has asthma or we have that daughter who has COPD, right? Let’s assume that we are that individual and then act as if [we are]."

Poku plans to do the deliveries weekly. Orders can be placed through the email address: Atxfoodtruckfest@gmail.com. Poku plans to continue spreading the word about orders through the ATX Food Truck Festival Facebook page and the Runner City group.