AUSTIN, Texas — Tuesday was a busier-than-average day at Hut's Hamburgers, with a line of hungry customers forming quickly.

Hut's announced Monday that after 80 years of feeding Austinites specially-named hamburgers, they will be closing their main location on West 6th Street on October 20.

Mike Loughrey stopped by Tuesday because he heard the news the day before.

"I heard they were going to be closing," he said.

Hutchinson said he's been thinking of closing down Hut's for the past few years for a few reasons.

PHOTOS: A look inside Hut's Hamburgers 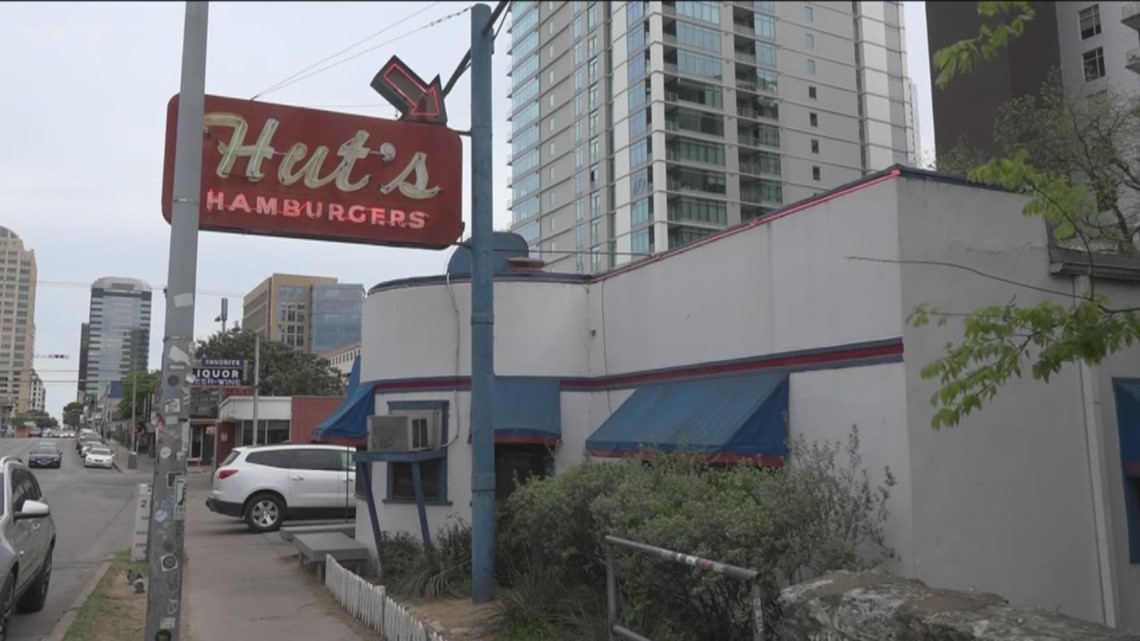 He's 65 and wants to travel. But business also just isn't the same.

"People avoid downtown now, and I don't blame them [with the] traffic and parking issues," Hutchison said. "Every neighborhood in Austin has bars and restaurants, so people don't have to come downtown. So my business is not what it once was."

But the memories the white-and-blue building holds are priceless.

Hut's may be closing, but don't forget about these Austin icons still serving up burgers

One of Hutchinson's favorite times was when live music was played at Hut's from 1981 to 1991.

One famous Austinite would visit.

"Stevie Ray would come in and play periodically. We had a pretty good scene in those days. The music was great ... The music years were a lot of fun. Every night was different, a celebrity might come in. Chuck Berry came in one night, it was a big thing," Hutchinson said.

When the doors opened at 11 a.m. Tuesday, it only took a few minutes for the restaurant to fill up.

Laurie Womble, who has been at Hut's since day one, was overwhelmed by it all.

"We knew it would be crazy busy and people would be saddened by it, but last night I got so many people reaching out to me from former employees that worked with us and they're like, 'Such sad news.' Everybody's sad to see it go because it is, it's iconic," Womble said.

Customers have four months left to get their fill of Hut's hamburgers and its history.

Another restaurant is expected to open in Hut's place. That one will include a bar.

RELATED VIDEO: A look at iconic Austin restaurants that have closed