A vigil was held at the cemetery on Saturday, and a community celebration was held Sunday afternoon. 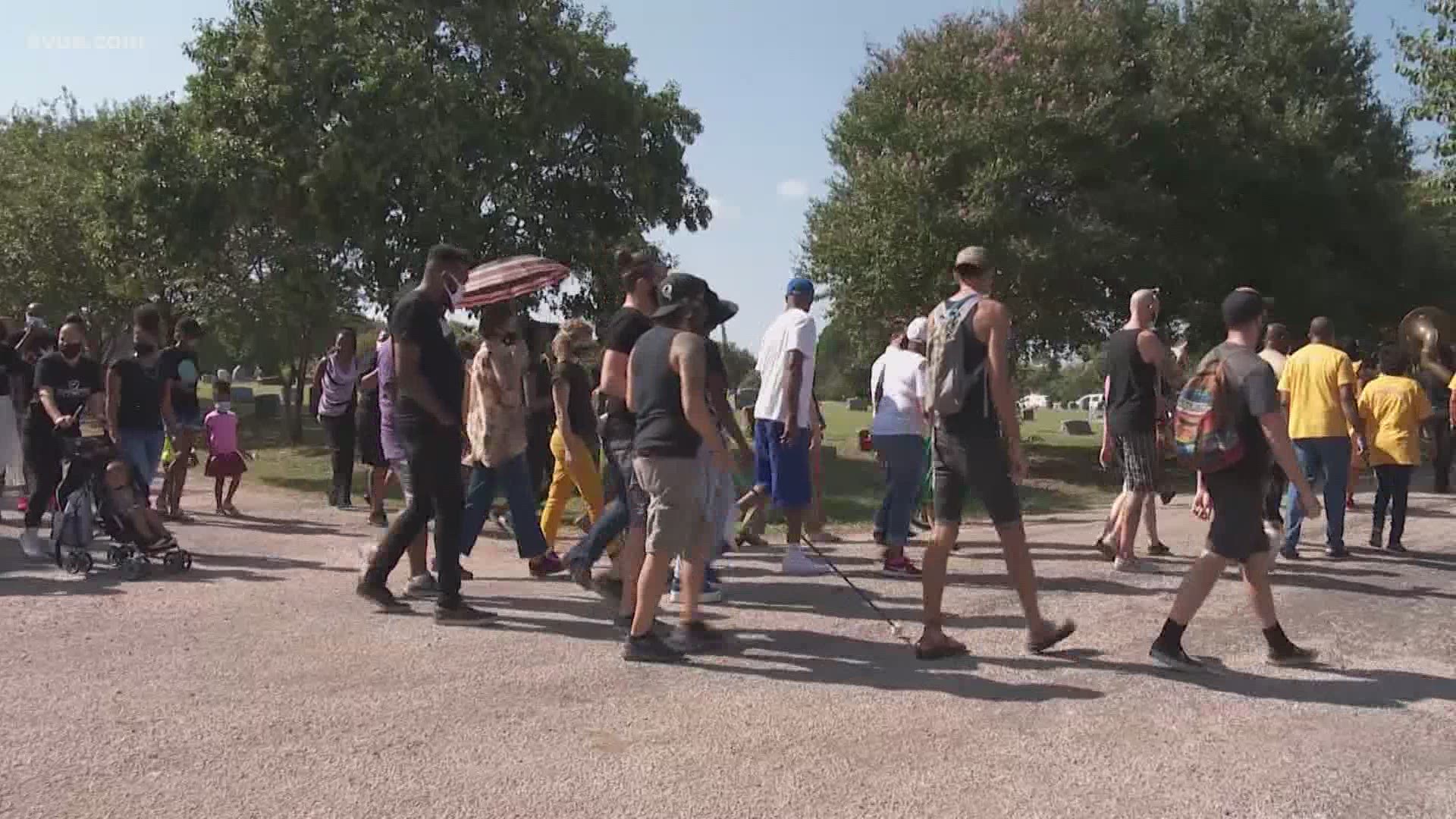 Now, the community is trying to bring positive energy back to the City's first major municipal graveyard dedicated to Black Austinites.

"This is a predominantly Black cemetery. As you can see, many people were affected by this decision of the persons or groups. And for that reason, we decided to come and celebrate and reward ourselves and honor ancestors with this type of celebration that you usually only see during a big parade or some type of holiday," said Cluren Williams, an East Austin activist and author. "This had to be a target. A target all minorities, a target on us and to keep us quiet, but that's not going to happen."

"Whether it was a racial thing or a cultural thing or just being a prank, pranksters – instead, you brought people together," said Harrison Eppright, a member of the St. James Episcopal Church.

A vigil was held at the cemetery on Saturday. On Sunday afternoon at 3 p.m., several groups came together for a community celebration to show respect for those buried at Evergreen.

Everyone Come out This Sunday 🥰 09|27|20 “It’s a Grand RESETTLING Celebration for our Ancestors!” New Orleans / Texas...

Restorations began Wednesday on the 15 headstones that were tagged with graffiti, according to KVUE's media partners at the Austin American-Statesman. The Statesman reported that cleaning efforts were led by the Austin Parks and Recreation Department.

"I want people to show up and participate on all different levels and make their voice heard and just continue to show cooperation and uplift each other," said Brown. "They will not take pleasure from the grief and mourning of this community. "

The Statesman also reported that the Black Austin Coalition has been visiting Evergreen since August to provide care, and the group is now collecting donations to fund security cameras.

Learn more about the history of Evergreen Cemetery.

The Austin Police Department is investigating the vandalism. Community members said the city is still wokring to clean up the graffiti and it's exploring options to put security cameras at Evergreen.