Meanwhile, the husband of 29-year-old Andreen McDonald has been arrested on charges of tampering with evidence. 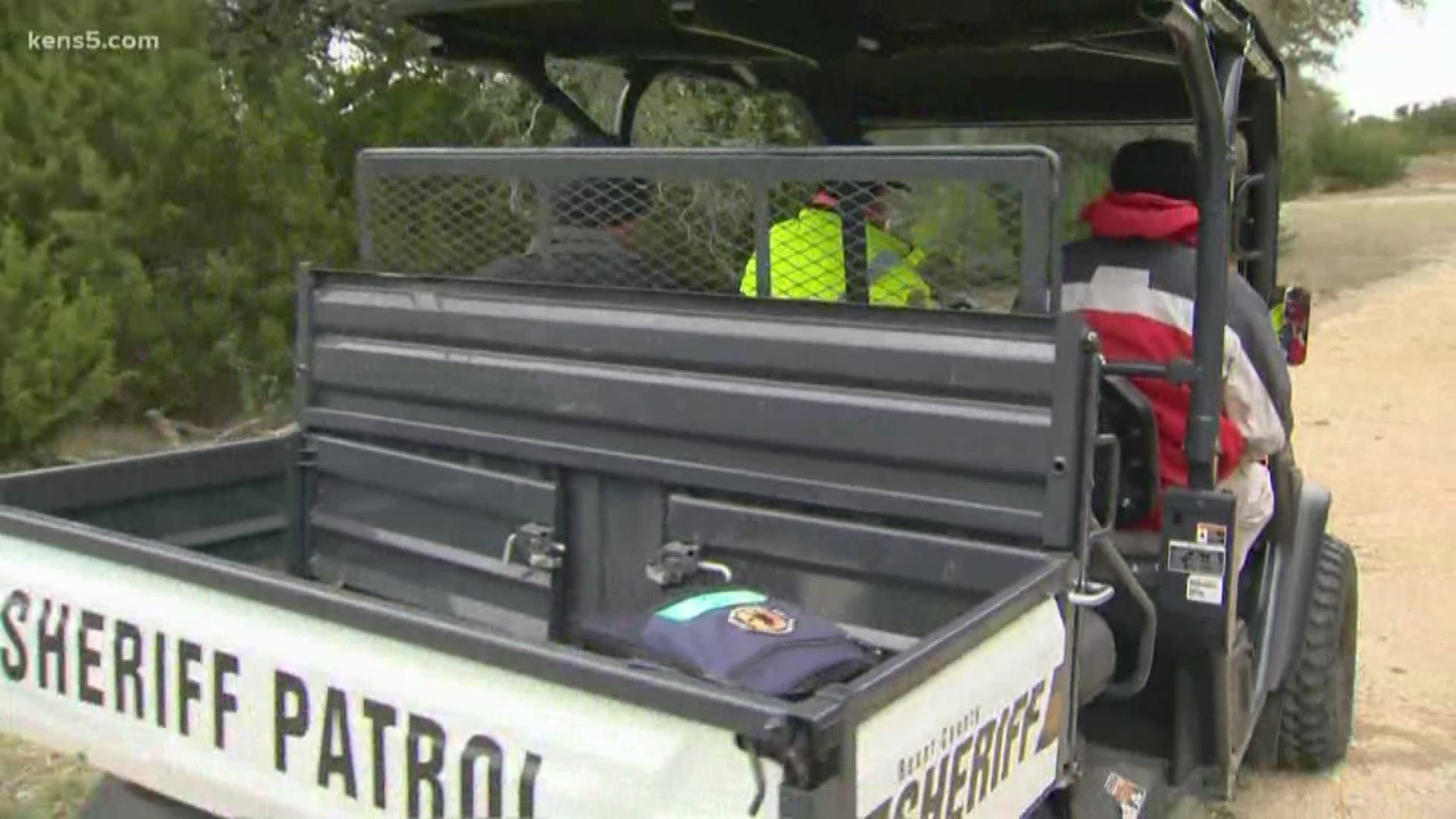 SAN ANTONIO — Bexar County Sheriff's Office deputies and volunteers joined together to search for 29-year-old Andreen McDonald Tuesday, four days after she was first deemed to be missing.

They fanned out in the area near her home on the 1000 block of Solitude Cove in far North Bexar County, focusing on two areas. One location was at the Highland Estates. While the neighborhood has new homes, much of the area has underdeveloped properties.

The second location was also in a newer neighborhood off of East Borgefeld Drive.

Crews searched through wooded areas, thick brush, ditches and creek beds for any sign of McDonald. One of the volunteers shared why she braved the cold and rough terrain to help in the effort.

“It hit really close to home. She lived right down the road from us. She seemed like a normal person, with a family. A daughter who now doesn’t have her parents,” said Liz Helman, a neighbor. “If there’s any chance that we can do anything to help, I think all of us want to give it as much effort as we can.”

BCSO used a drone and cadaver dogs in the search, and even Sheriff Javier Salazar helped out.

“We’ve got some things working in our favor," he said. We’re doing some checks on GPS, on telephones and on cars. We’re hoping that narrows down our search area."

McDonald never showed up to work on Friday. Her friends and family said they hadn’t heard from her either. Her husband, Andre – currently a major in the U.S. Air Force – was arrested Sunday on charges  of with tampering with evidence.

BCSO investigators said that, in a search of the couple’s home, they found torn up receipts, blood, hair, an ax, shovel, burn pile, gasoline and heavy-duty trash bags.

McDonald’s husband has sought legal representation. The sheriff says the man is not helping investigators find his wife.

BCSO plans to be out again on Tuesday to search for McDonald. If you would like to help them, contact the sheriff's office at (210)335-6000.