Derek Chauvin was found guilty of all charges in the May 2020 death of George Floyd. 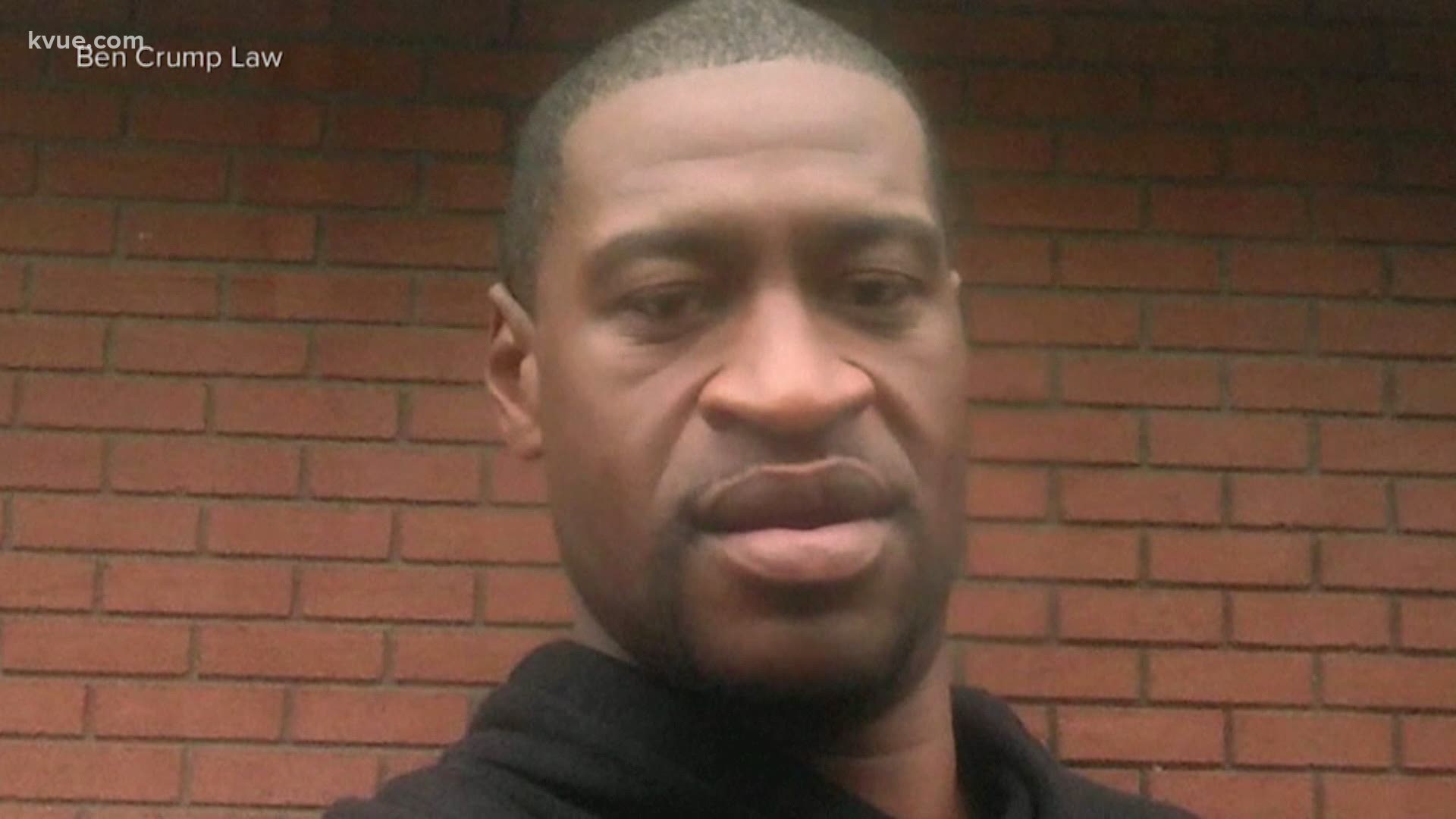 AUSTIN, Texas — Former Minneapolis police officer Derek Chauvin has been found guilty of murder and manslaughter in the May 2020 death of George Floyd, which sparked nationwide protests and calls for police reform.

The jury deliberated for less than 12 hours before returning a verdict of guilty on all three charges.

Now, leaders across the country are responding to the verdict – including here in Austin, where last year the city council voted to redistribute millions from the Austin Police Department's budget.

"This prosecution and today’s verdict address the immediate need for justice and are symbols of the commitment communities like Austin have made to hold police officers accountable and to implement social justice and policing reforms to ensure the safety of and justice for all residents, especially those of color.

"Last summer’s social justice protests in Austin have led to a thoughtful and deliberative process locally aimed at re-imagining how we might achieve even greater levels of public safety for our city. I’m proud to be part of a city that is seriously addressing the hard issues and taking action consistent with what we see, are learning, and know to be right and just."

George Floyd’s murder led to national protests and calls for the enactment of policing and social justice reforms, including here in Austin. We have made a commitment here to holding police officers accountable and to implementing social justice and policing reforms.

KVUE also caught up with the Austin Justice Coalition's co-founder and executive director, Chas Moore, on Tuesday. He expressed relief and surprise at the verdict.

"I'm shocked that he was convicted of all three. Never would have imagined that that would have happened. And overall, you know, I'm relieved. I'm relieved that the nation doesn't have to burn tonight," he said, adding, "And tonight and today, we saw a step in a direction of change in this country. So, I'm feeling a lot. But, but overall, I'm happy and I'm relieved that, that some form of justice was, was brought to the Black community and to the nation today."

Moving forward, Moore said he hopes the verdict could spark change in police departments across the country.

APD Interim Chief Joseph Chacon tweeted that both the city and country can "collectively exhale and know that justice has been served" in the case of George Floyd.

"My hope for his family and our community is that it brings some sense of peace," Chacon said. "I continue to pray for the Floyd family and all who've been impacted."

Charley Wilkison, the executive director of the Combined Law Enforcement Associations of Texas (CLEAT), also sent KVUE a statement in response to the verdict:

"Police officers are citizens and they are judged by the citizens who employ them and pay their salaries. In the end, CLEAT is pleased with the results and pleased that justice has been done and pleased that the accused had their moment to put up a legitimate defense."

Tonight, as a city and a country we can collectively exhale and know that justice has been served in the case of #GeorgeFloyd. My hope for his family and our community is that it brings some sense of peace. I continue to pray for the Floyd family and all who’ve been impacted.

"Real justice would be George Floyd being able to return to his daughter Gianna. Real justice would be never allowing this to happen again," Casar said in part. "We cannot rest until Black people aren't being killed over $20 like George Floyd, or for selling loose cigarettes like Eric Garner, or for having a mental health issue like David Joseph."

Many of us have been afraid for days that Derek Chauvin would be found not guilty, despite what the video so clearly showed in broad daylight. The guilty verdict today provides important accountability, but it does not provide real justice. (1/5) ⬇️

"Today’s verdict in Minnesota cannot bring George Floyd back. It cannot undo the excruciating horror the world saw with its own eyes. It cannot make up for a long history of racial injustice or dismantle systemic racism in a moment. But today’s verdict brings a measure of accountability and, we hope, belief that the quest for racial justice in America – a quest the Texas AFL-CIO continues to pursue actively in our own house – is on track. The Texas AFL-CIO believes this trial – and George Floyd’s legacy – can mark a turning point that makes all of us better."

Dr. Carla Brailey, the vice chair for the Texas Democratic Party, also responded to the verdict, saying in part:

"After nearly a year of grief, pain and outrage, in the wake of the senseless killing of George Floyd, we are left knowing that his killer will be held accountable. Nothing can bring back George Floyd, or erase the pain and loss his loved ones continue to suffer. But today’s verdict is a solace, small as it may be. We are seeing real change in our country."

Prior to the verdict announcement, both APD and the Texas Department of Public Safety confirmed they were monitoring events and would adjust operations as needed to maintain public safety should residents gather to protest.

"We will respond as needed in order to ensure people can assemble peacefully and safely," APD said in part.

"While we do not discuss operational specifics, DPS will continue to adjust our operations as needed to maintain public order and address potential threats," DPS said. "The department remains committed to proactively protecting the people and property of Texas."

KVUE also spoke to Jennifer Laurin, the Wright C. Morrow Professor of Law at the University of Texas at Austin School of Law, to discuss what's next for Chauvin. He is expected to be sentenced in around eight weeks, and Laurin explained that a direct appeal of the conviction is something that the defendant has the right to pursue.

"And all indications are that that will be the next step in one form or another," she said. "In terms of whether an appeal stands a chance, you know, the answer depends entirely on the grounds that are argued for the appeal. And, and I would say that the fact standing alone that they were convictions on, on all three counts does not sort of, in and of itself, doom the possibility of successful appellate arguments because those arguments will turn both on contentions that the defendant is able to advance with respect to the evidence and the sufficiency of it to prove any of the, of the crimes that he was convicted of."

RELATED: How long will Derek Chauvin go to prison for George Floyd's murder?

As far as arguments for the appeal, Laurin explained that there are a number of possibilities that the defense could argue.

"It would not surprise me if the defense raised a number of issues concerning the possibility that the jury was swayed by any number of kind of external signals of the importance of the case or suggesting that Chauvin's conduct was, in fact, improper," she said. "That was a point that was, that was argued by the defense when it arose. More recently, we saw the defense challenging the possibility of the jury's exposure to comments made by politicians about the case. And so, it certainly is a ground for appeal in theory that jurors were actually influenced by factors external to the trial or were possibly so prejudiced by the sort of atmosphere in which the trial was conducted that they were unable to render a verdict impartially."

The other three officers charged in Floyd's death are expected to go to trial in August.

Timeline: From the Austin shooting 911 call to Stephen Broderick's arrest