The Lady Cans Girl Scouts robotics team is using their skills to help hospital staff during the COVID-19 outbreak. 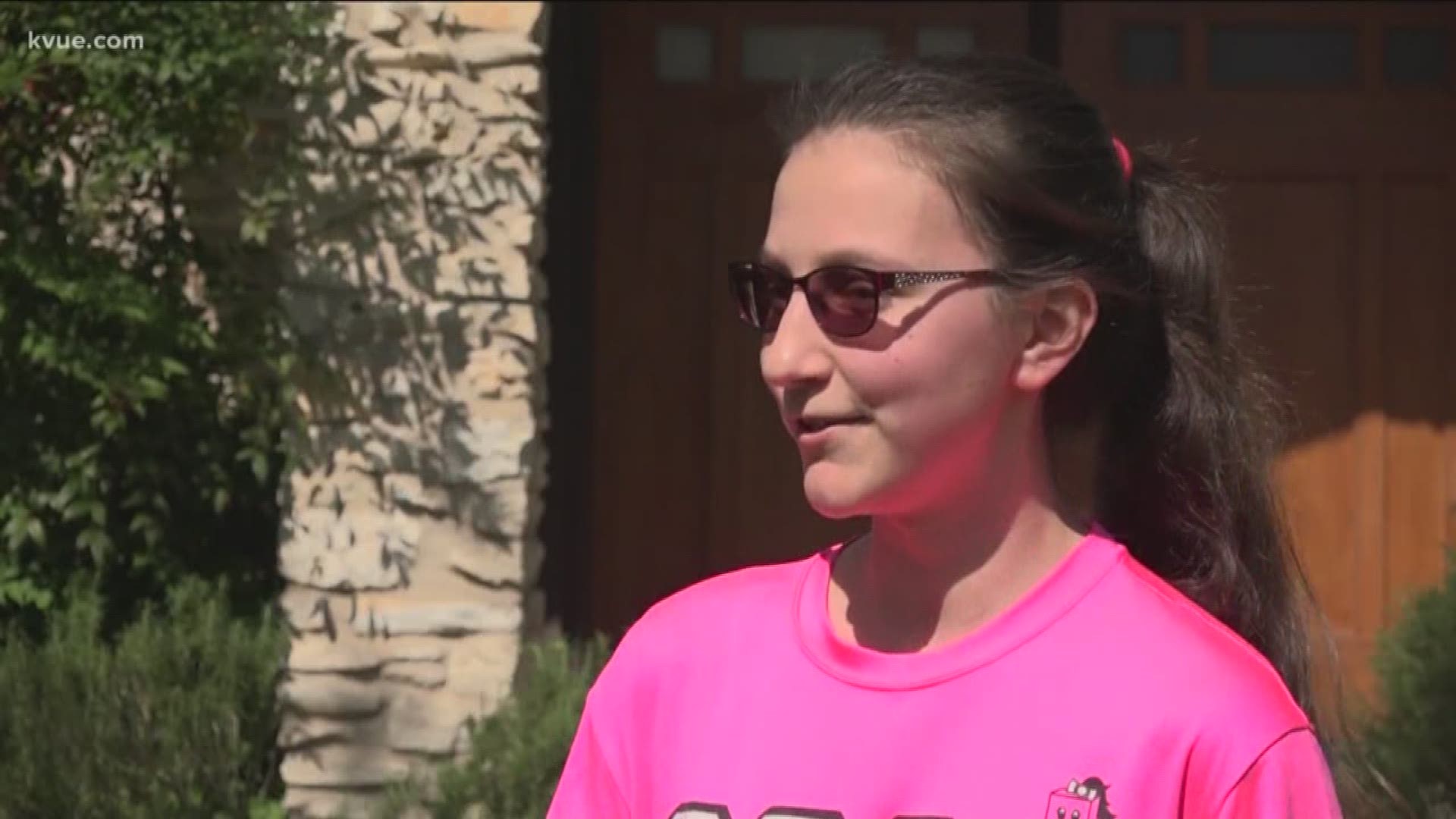 AUSTIN, Texas — The Lady Cans Scouts robotics team is dealing with their competitive season being cut short because of the coronavirus pandemic, but now their group of programmers, engineers and builders is using their skills to help medical staff.

"I really think right now it's hard to feel like you're a part of the community because everyone has to be so far apart. So, I really think it's important to give back to the community as much as you can, and I think this is a really amazing way to be able to do that,'' said Anna Bown, Girl Scout and chief technology officer on the robotics team.

The girls on the team are using 3D printers to make face shields for medical staff at Texas Oncology and Hospice Austin. They're also making sewn face masks for community members, if they need them.

RELATED: While most Easter services were online, a local church held its service in the parking lot

The Lady Cans said they chose to work with Texas Oncology because their longtime robotics coach, Susie Rich, has been in treatment for breast cancer at this facility for the past year. The reason they also chose Hospice Austin is because a former Girl Scout works there as a nurse.

According to a press release, the team’s 3D printer design was originally published by the University of Texas Dell Medical School for printing robot parts. Now the technology is being used to print face shields for the staff at various medical facilities.

The process takes 3D filament, in the signature Lady Cans neon pink color, and uses a Computer-Aided Design (CAD) to instruct the 3D printer to print the shields. The team designed a headband to attach the shield, once printed. The shield is a transparency sheet, three-hole punched to fit over the headband.

During a normal competition season, the robotics team focuses on something a little different.

"We build robots that are approximately 125 pounds. So, in January, we receive a game challenge, and then we have six weeks to create a robot that fulfills that game challenge," said Bown.

After the cancellations, the Lady Cans believed this was the best way to utilize their resources.

"We've been coordinating as a team to make as many as possible," said Bown.

Bown said they've made and delivered more than 100 face shields and they're not stopping there. Bown said this is a small sacrifice for the people who are out saving lives every day.

If you're interested in getting masks, you can reach out to communications@gsctx.org.

5 people injured, including 3 children, in head-on crash in southeast Austin