The food bank says it’s the second largest mass distribution in its history, as demand skyrockets for food and water. 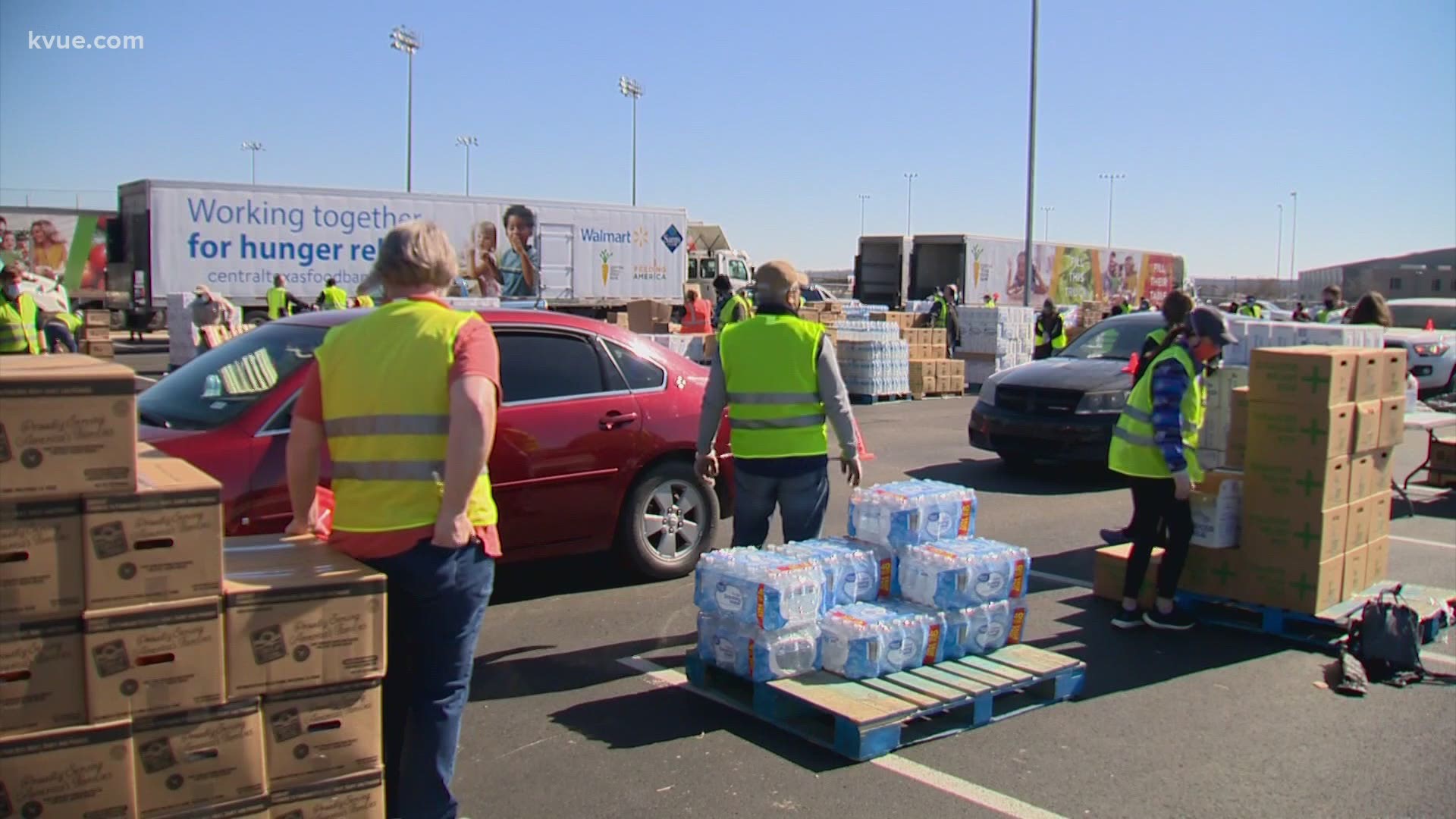 Her situation had turned desperate.

“We were without power, water, gas, heat, ability to cook, ability to stay warm,” Vieta said. “There are a lot of people that still need food.”

When Vieta finally inched toward the front of the line, she described feeling as though she had reached the “light at the end of the tunnel,” where she could pick up a disaster relief box and bottled water. Volunteers worked furiously starting at noon to pack trunks with supplies and speed along the crawling line of traffic, ultimately serving about 2,256 households totaling roughly 7,000 people.

According to a food bank spokesperson, the weekend event at Del Valle High was the second largest mass distribution event in the organization’s history.

“It has clearly been a hard week for Austinites and many Texans,” volunteer Joel Gross said. “We actually even saw some people walk here, that have probably walked miles to get here.”

Central Texas Food Bank CEO Derrick Chubbs said he was pleased to be able to provide the socially distant drive-thru event, after the horrid road conditions prevented vehicles and volunteers from serving the public earlier this week.

The winter storms have only exacerbated the skyrocketing demand for food, first brought on by the COVID-19 pandemic.

“This is a disaster on top of a disaster,” Chubbs said. “Now we have this weeklong freeze with power outages and water shortages. And people are in pretty dire straits now.”

That is particularly true in parts of southeast Travis County near Del Valle High School. Vanessa Fuentes, the newly elected Austin City Council member representing southeast Austin in District 2, said situations like this expose inequities that must be addressed, including the “food deserts” in her area that leave people vulnerable.

“We have a lack of infrastructure. We don’t have a hospital east of I-35, don’t have grocery stores in many of our neighborhoods, don’t have public transit. These are low-income communities, communities of color,” Fuentes said. “In these times of great need, the best thing we can do is – once we get out of it – that we change the systems, to make sure we focus on infrastructure.”

But in the short-term, people have immediate needs for basic items like milk and produce. The power outages and storm spoiled the food in people’s refrigerators, wrecked grocery stores, made road conditions impassable, hurt crops and disrupted the overall supply chain leading to shortages.

That’s why Vieta waited in line for more than three hours, after the conditions at her neighborhood stores left her with nowhere else to turn.

“With everything going on, everything was bought out,” she said. “Hopefully, this never happens to Texans again.”