Officer John Curatella gathered more than a dozen volunteers to clean up an area called "The Fort" after responding to sexual assault, drinking and drug use calls. 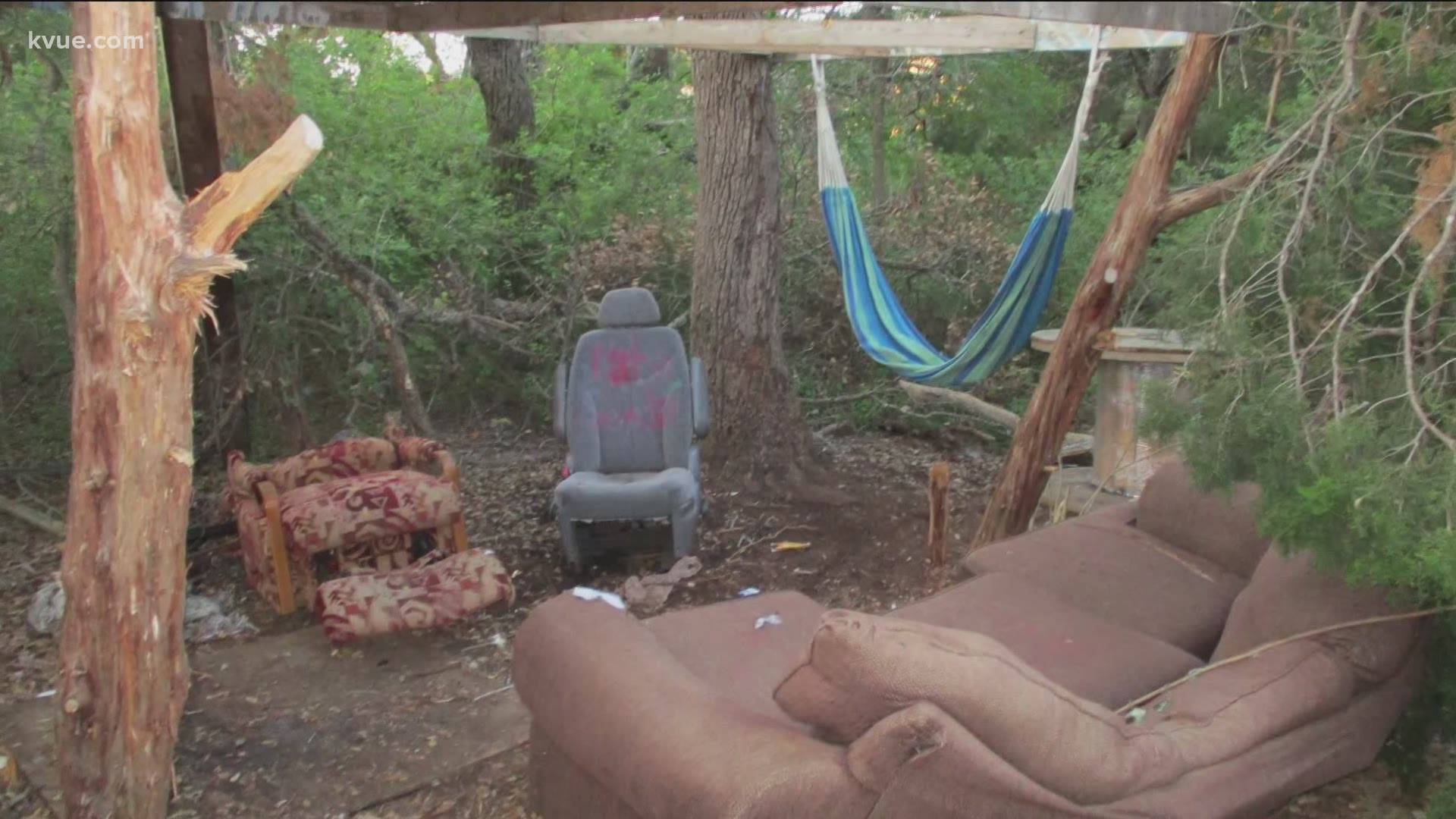 "The fort had a very bad reputation," Curatella said. "If you wanted to do bad things, this is where you came."

It's not an easy spot to find. Tucked away behind a grove of trees about 50 to 100 yards away from the city's Brushy Creek Skate Park, people had gathered an old couch, hammock and car bucket seats. Only being in CPPD for a year, Curatella's first call to the area was in April.

"They were 15-year-olds that wanted to report a sexual assault that had happened back here in these woods," Curatella said. "They had actually had witnessed several assaults."

He then received other reports of underage drinking and drug use. The first time he responded, he had to have witnesses show him exactly where the crimes occurred.

Today, employees from the @CedarParkPD volunteered to clean up an area where kids would hangout, drink, smoke, and do other crimes. The landowner was not able to do it himself so we pitched in and helped him. #RelationalPolicing #iheartcedarpark #beststaffever pic.twitter.com/WN5BavRt2B

"They explained this was an ongoing problem, that everybody knew about it," Curatella said. "All the high school kids knew what this area was, why people came back here."

Curatella went to work pitching a cleanup idea to the department's leadership.

"Officer Curatella presented this specific area, 'The Fort,' and how it's becoming a nuisance," Chief Mike Harmon said.

RELATED: Austin gets a spring cleaning as tourism picks back up

CPPD initiated a "Cedar Park 3" program at the end of 2019, encouraging staff to make reports about spikes in crime and ideas on how to curb it a few times a year. Curatella pitched the idea of cleaning up "The Fort" during his CP3 presentation.

"I just put out an email, 'Anybody who wanted to volunteer to come on out on a Saturday and we can get it cleaned up,'" Harmon said. "We had 11, 12, 13 people volunteer right off the right off the bat and which was really good."

Curatella organized the cleanup around any working shifts. With a skate park that children and families frequent, the officer wanted to get it done quickly.

"It was the people within this department that see Cedar Park as their home, not just a job, it's their community," Curatella said. "When you bring something like this to the table, they didn't want to hear about roadblocks."

Cedar Park police say they made an arrest in the sexual assault case that led to this cleanup effort.

"Many families reached out and said that their children, as young as nine, knew about this area and that they were very glad that we were able to clean it up," Curatella said.

Buyers can now enjoy in-person open houses without an appointment