After struggling with his own PTSD and his battle with addiction, Roger Pilney opened up Radix House Coffee Shop to normalize CBD and talk about PTSD. 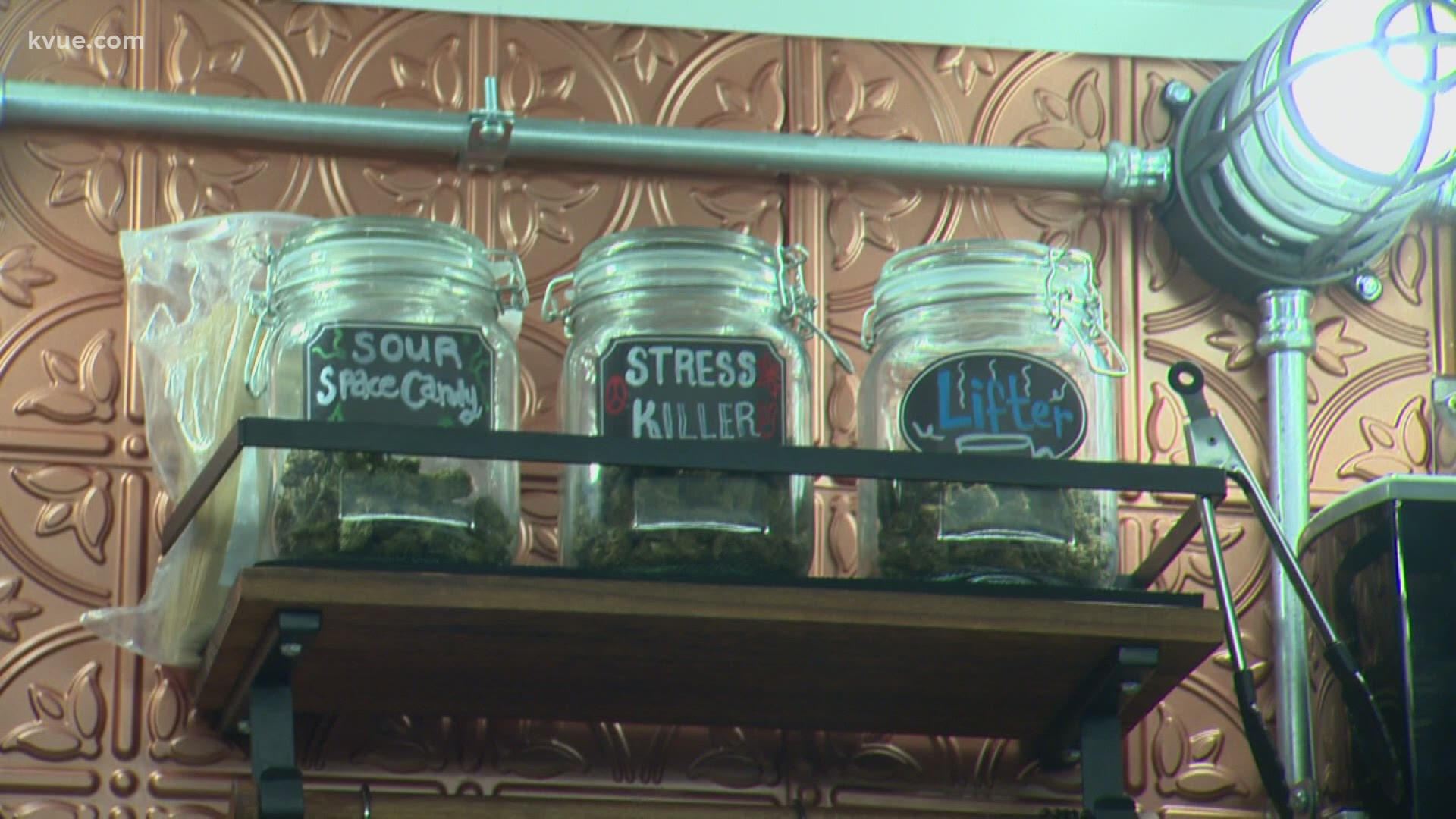 AUSTIN, Texas — The reasons why people start a business are sometimes simple. But for others, it's the way they feel they can help others.

"We're the first of our kind in Austin and probably Texas," said owner Roger Pilney.

His coffee shop has everything you're used to seeing, and also a little bit more.

"This is the CBD products," said Gabriel Medel, Pilney's partner. "I've got some old sports injuries so I use it for pain management."

Both Medel and Pilney use CBD and hope to share some of its many uses.

"Bring to the forefront that CBD can be used in helping PTSD and trauma," said Medel.

"You can start a relationship over a coffee pot," said Pilney, who came up with the idea after spending years in 12-step programs. "I decided to lead with coffee, and then while we're talking like we are now, I can educate you on what CBD did for me. Legally I can't say it's going to do that for you."

If you ask Pilney he says it was what kept him alive.

"I lost a lot of friends. I came to the aftermath of many suicides. A couple years ago it was one too many that I had been to; it got to a point where I couldn't stop thinking about killing myself and I didn't understand what changed," he said.

He had struggled with alcohol and drugs for years. Twelve-step programs helped save his life. Then PTSD crept back in. He used CBD until he could afford other therapies, like EMDR therapy.

During the COVID-19 pandemic, he saw pictures of nurses and doctors who were dealing with patients and saw what they were going through.

"I feel like there was something I had to do. I had to fight back. I feel like PTSD just wanted me dead and I was tired of it," said Pilney. "I think that's the most important thing. I'm fighting for other people. This is about someone like me sitting at home thinking, 'I'm going to kill myself tonight and I don't know why.' I don't want that happening to anybody, and it doesn't have to."

He's also connected with the Laboratory for the Study of Anxiety Disorders. It's studying how CBD can help with PTSD.

On the outside, it may seem like a simple coffee shop, but Pilney is hoping that it can be so much more than that.

"That's all I want is people to have a chance," he said.