CapMetro responds to rising bus demand in Round Rock

The City of Round Rock contracts with CapMetro to provide four routes. 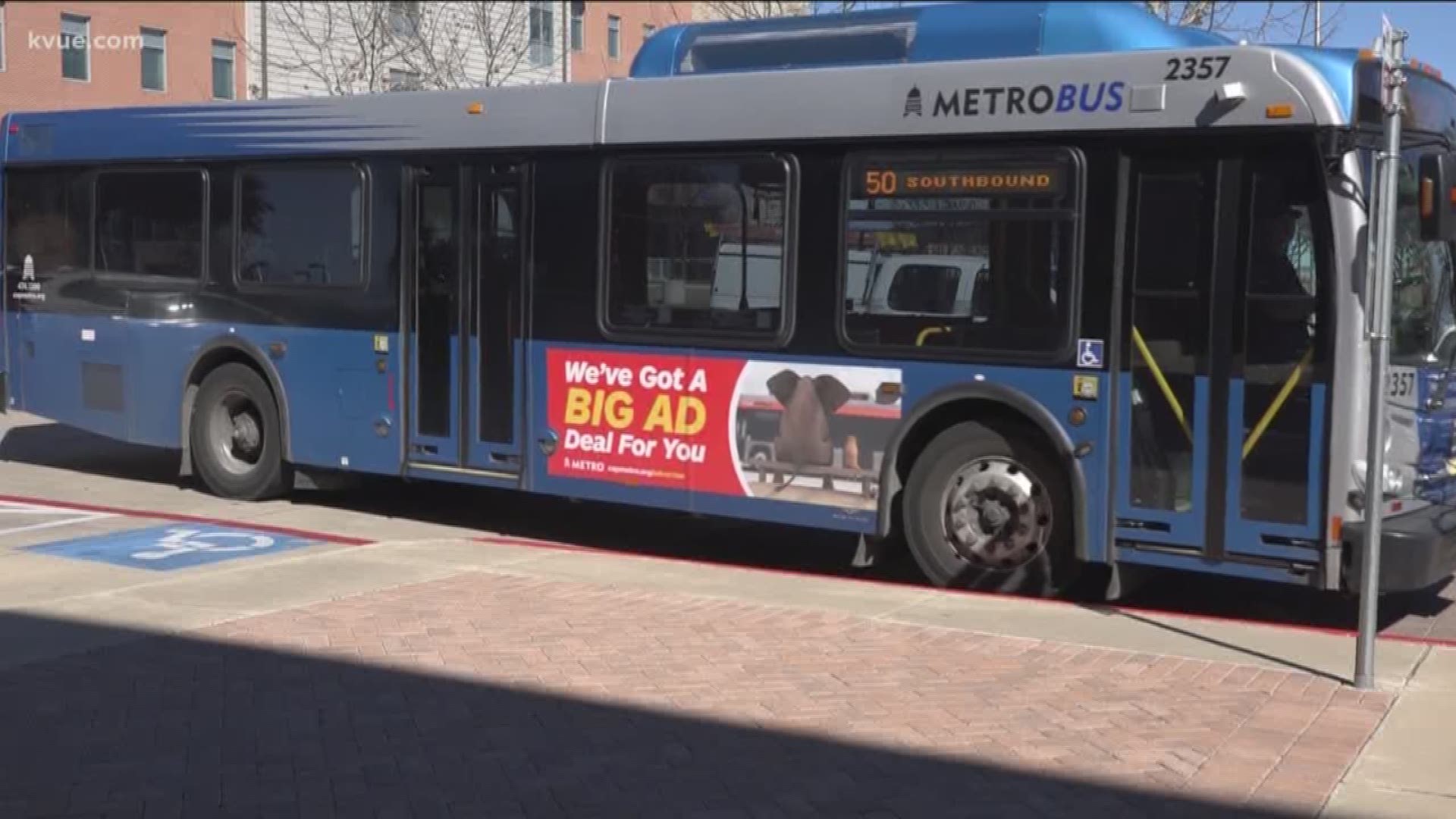 AUSTIN, Texas — Central Texas is booming and one of the issues we talk about most is traffic.

Roads are getting more and more crowded and we are wasting time stuck in traffic. Capital Metro and the City of Round Rock said the recent changes to their bus service are already working to ease those woes.

Jessica Tezeno is an ACC student in Round Rock and takes the bus while her car is in the shop.

“The bus is helping me at this time until I get another vehicle,” she said.

Round Rock contracts with CapMetro to provide four routes in the city.

The five-year contract is worth $4,858,242. The City said half of that is funded by the Federal Transit Administration.

CapMetro meeting with community to discuss 'Project Connect,' the future of Austin transportation

Two of the four routes are changing.

Route 50 runs two hours later. And the commuter route, the 980, that uses MoPac’s Express Lane has one more trip in the morning and another at night.

The 980's ridership has more than doubled in a year.

“The region itself is starting to realize that public transportation provides a big link to a lot of people,” said CapMetro CEO Randy Clarke.

Round Rock’s population is estimated to grow by 38.7 percent in a decade. It is investing $1.2 billion by 2040 into transportation.

“People in Round Rock, we’ve always been a pretty smaller community,” said Mayor Craig Morgan. “But $1.2 billion plan by 2040 – that’s only about 20 years away -- really hit home with me.”

If demand for bus service keeps an upward trend...

“I think we’ll definitely consider expanding it,” said Morgan. “And where it may not be, we’ll consider re-evaluating those routes and look at other popular routes.”

“To get to and from where they need to get to if they don’t have a vehicle or someone to help pick them up," she said.