Klayton Manning, 18, and his cousin, Landin Robinson, 16, were shot and killed by an Austin man, sheriff's deputies say. 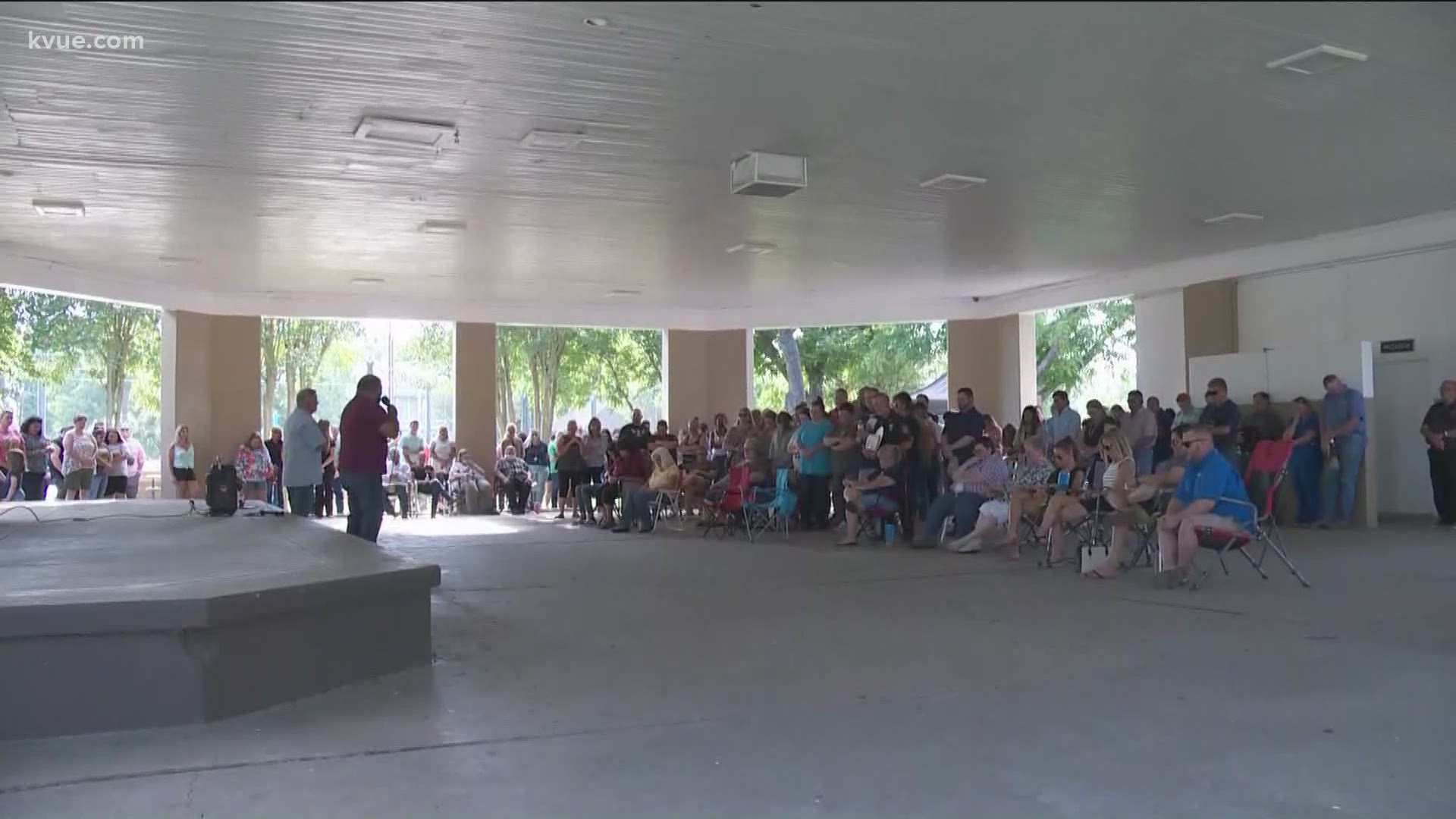 The Caldwell County Sheriff's Office said an Austin man, Bryan Haynes, shot and killed Manning and Robinson near Tenney Creek Road in Caldwell County. The sheriff's office said Haynes thought "aliens" were chasing him on an ATV when he fired his gun several times.

"[Manning] knows no stranger. It doesn't matter who it is ... he's going to help them out," said Chief Jack Musick, Southeast Caldwell County Volunteer Department.

The family at the vigil said the two teenagers were inseparable when they were together.

Manning had just graduated from Luling High School with dreams of becoming a firefighter. He got his start volunteering with the Southeast Caldwell County Fire Department, and Chief Musick said he was a giant teddy bear.

PHOTOS: Memorial made for 18-year-old volunteer firefighter killed by man who thought he was being chased by aliens

"[Manning] was a super firefighter. Gung-ho. Ready to go first to the station. First to the scene. Just ready to go. We were actually going to send him to the Texas A&M fire academy," said Musick.

"He would always go in the hallway. He would come in your classroom. He never left school without giving me a hug and it was always, 'Goodbye Momma Musick,'" said Teresa Musick, Manning's former teacher.

Robinson grew up in the San Marcos area, but lived in Ohio and was visiting family in Luling. Family and friends who spoke on Sunday said Robinson's personality was just as infectious as Manning's.

"Especially with his smile and his fun-loving attitude," said one family member on Sunday.

The community members said it's a tough loss for the entire town, but the tragedy has brought them closer.

"A day will not go by when I won't think about him," said Teresa Musick.

"SECCVFD will be escorting Klayton & his cousin back from Austin to Luling on Monday June 15th we will leave Austin 10 am sharp and arrive in Luling around 11:30 am. Please line up through Luling and surrounding areas to welcome these boys home! Both boys will have their final code3 response."

Catch a movie at the ballpark! Round Rock Express to host 'Trolls' screening at Dell Diamond

People for and against removal of Sully statue clash on campus of Texas A&M, one arrested