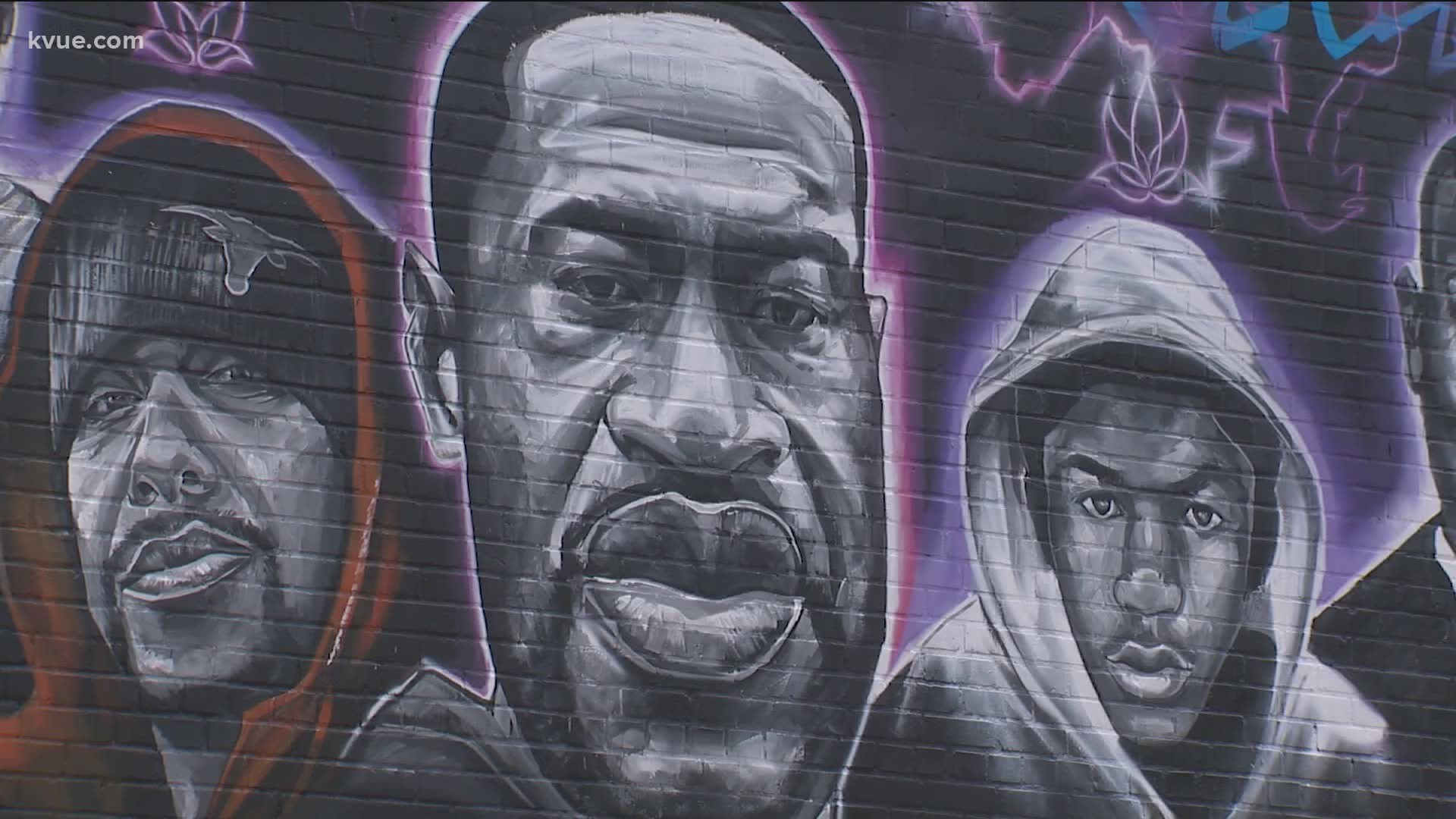 AUSTIN, Texas — An Austin muralist wanted to do his part to honor victims of police brutality.

"There's not enough walls in Austin to get all these people, but I'm trying to use these tragedies as a springboard for change. And I don't know what that looks like, but I do know that there's going to be zero change if we can't even be on the same page about having a problem," Rogers said.

Rogers has multiple murals around Austin. Recently, he covered graffiti on West Sixth Street with a mural depicting health care workers as superheroes, as a way to honor their hard work, especially during the COVID-19 pandemic.