Officer Elijah Neely was first hospitalized with COVID-19 in February. 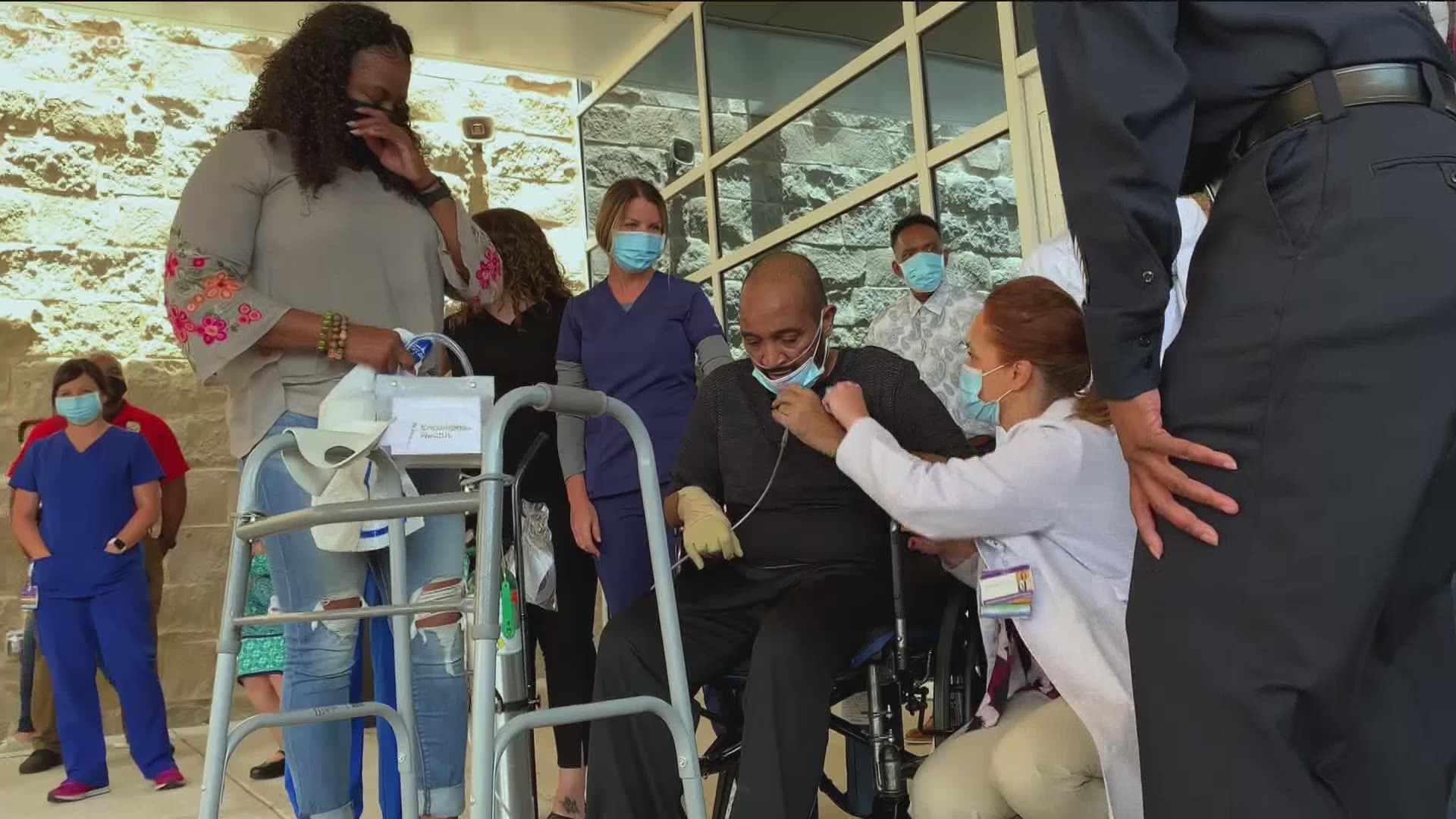 His wife, Shawana Neely, spoke with KVUE on Friday ahead of his release.

She said they both got sick with COVID-19 in February. Then the winter storms hit, knocking out their power and forcing them to sleep in their cars with their daughter and dogs.

After eventually going to stay with friends in Temple, Shawana said Elijah's condition only got worse. He ended up in the ER before getting transferred to the COVID-19 ICU unit where he was put in a medically induced coma.

The support didn't stop with his wife, who is also a police officer but in Temple.

Earlier this year, people donated over $34,000 to a GoFundMe page set up by the Texas Peace Officers Association.

"I cannot even tell you how much support they have shown us. I can't tell you how many times I've gotten phone calls and text messages from people I've never met before. Just to say, 'We are praying for you, sister. We're with you. Elijah was our brother, and we'll continue. If you believe, we believe,'" said Shawana.

Police officers, hospital workers, friends and family surrounded Elijah as he was wheeled out of the facility and into his car.

"I never lost faith. We knew this moment was coming, and we've just been waiting on it," said Shawana. "And now that it's here, we're just so super excited. I just can't wait to get him home. I'm just looking forward to spending the rest of my life with him."

Shawana said she expects her husband to make a full recovery.