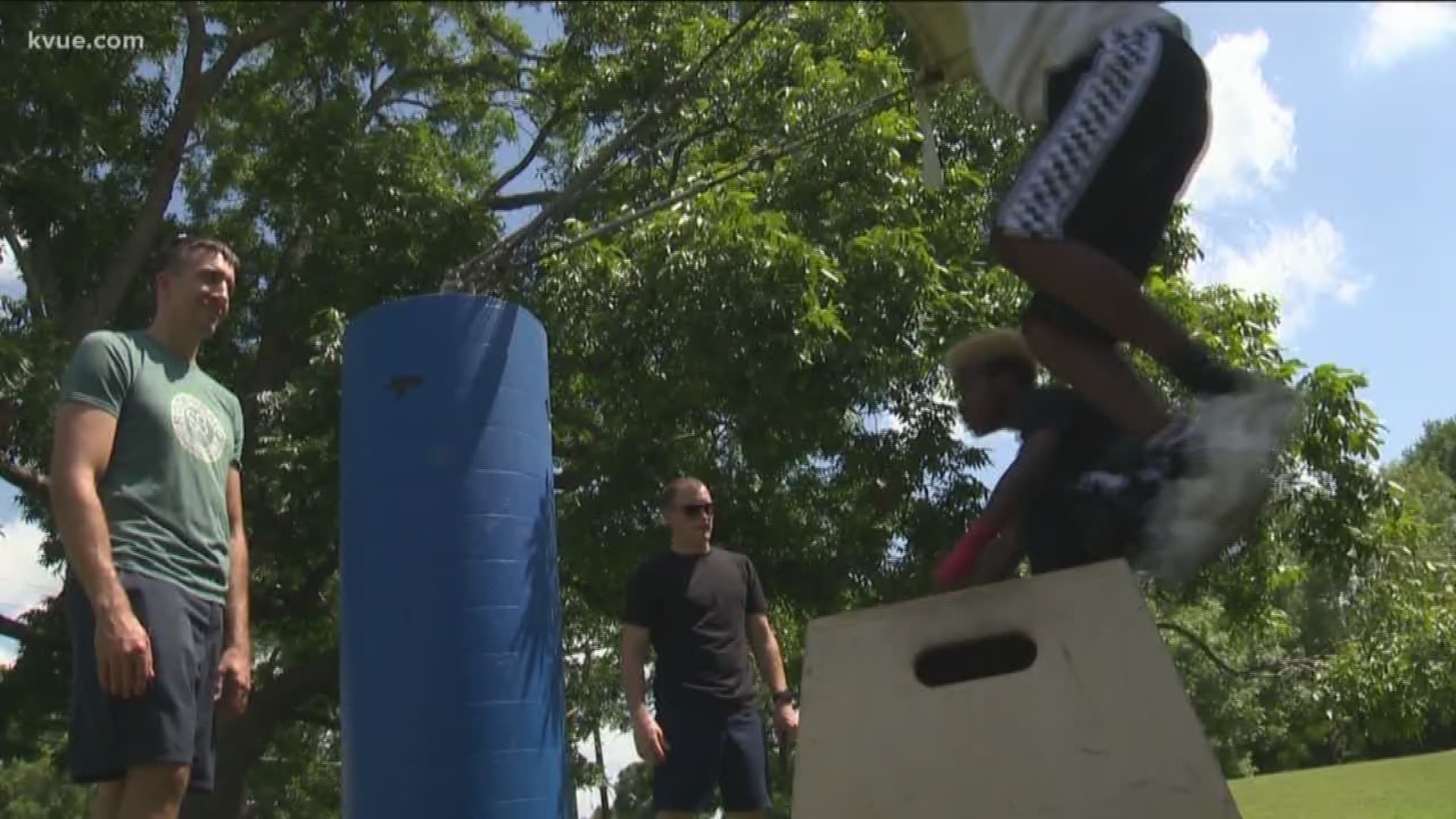 During Operation Blue Wave, officers would go knock on doors and talk to people who were out at local parks to discuss public safety. Area officers made a connection with coach Ray William, who coaches boxing at Givens Park and focuses on youth.

"Austin is growing, and it’s getting so big, we’re just going call to call to call," said Sgt. Elijah Myrick with APD. "That's why the Blue Wave program has been so great because we can have non-committed time to come here, my entire shift is with me, and just focus on a positive interaction here with the kids."

Sgt. Myrick said their interactions help combat the negative stigma the park has, including being a dangerous place after a man was murdered there in April.

"Violence is very random in Austin. We have a low violence rate. That is a single occurrence, but I think people get a negative stigma about the park. There’s people who have been coming out here for 40 years that we've met out here at the park, and they are concerned about safety," said Sgt. Myrick. "So seeing patrol officers being comfortable here in the park and coming in their non-committed time, I think it’s made people in general – not only in the park but in the community and new neighborhoods that are popping up around the park – feel safer that we’re out here."

Officers dedicated Mondays in June to work out with youth participants at Givens Park after meeting with William, who coaches boxing at Givens Park. This Monday marked the last day of the events. However, Sgt. Myrick said other shifts will continue programs in the community where they see fit.

Officers said this was a great opportunity to show how officers and the community are working together and having some fun while they're at it.