The audit, released in late May, found APD has taken steps to improve its community policing efforts, but more time is needed to determine the effectiveness. 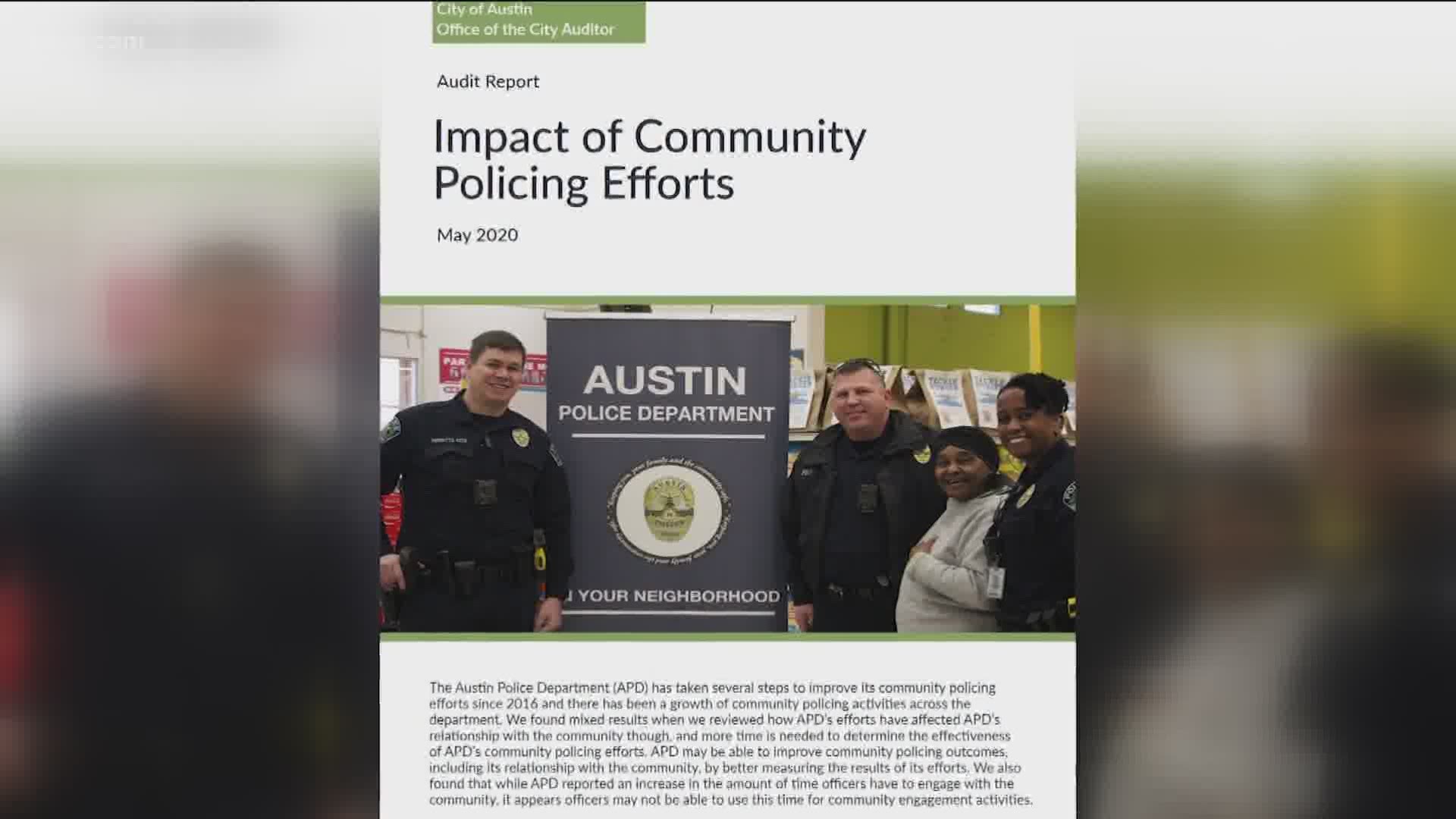 AUSTIN, Texas — A City of Austin audit of the impact of the Austin Police Department's community policing efforts – released just days before protests broke out across the city – found mixed results.

In 2016, APD hired Matrix Consulting Group (Matrix) to assess its community policing efforts. As a result, Matrix gave the department over 60 recommendations to improve those efforts. In August 2019, the City reported that APD had implemented 40 of those recommendations.

The new audit report, released in late May 2020, states that the Office of the City Auditor found that APD has taken several steps to improve community policing efforts since 2016, and community policing activities across APD have grown in that time. However, the report also states that more time is needed to determine the effectiveness of APD's efforts.

The audit also found mixed results when reviewing how those efforts have affected APD's relationship with the community.

Here's a breakdown of the audit's findings:

Finding 1: APD has taken steps to improve community policing, but more time is needed to determine the effectiveness.

The audit also found the amount of community policing efforts across APD has increased since 2016. For example, the department has started several new programs aligned with community policing principles, including the Focused Area Support Team (FAST), among others.

But, after surveying both community members and APD employees, the audit found mixed results of how these steps and increased efforts have affected APD's relationship with the community. For example, the surveys found that a higher percentage of patrol officers reported they have a good understanding of community issues but most who responded felt they didn't have adequate time to solve those issues. Meanwhile, a higher percentage of community members reported a positive experience with APD but fewer felt APD could effectively anticipate and respond to community needs.

Finding 2: APD's ability to improve community policing outcomes may be limited because of issues with performance measurements.

In response to the Matrix recommendations and a 2018 city council resolution, APD developed a list of performance measures for community policing. However, the audit found APD doesn't have an established process for interpreting changes in performance measures and using results to improve.

Finding 3: While APD has reported an increase in the time officers have to engage with the community, they may not be able to use that time for community engagement activities.

In its 2016 study, Matrix found APD officers didn't routinely engage the community outside of required services. Matrix set a specific goal for officers to have 35% to 45% of their time uncommitted, or not responding to calls, in the hopes they would have more time for community engagement.

APD reported an increase in uncommitted time citywide from 22% in 2016 to 27% in 2018. But according to the audit, there are issues with the uncommitted time measure that prevent it from accurately representing the time officers can spend on community engagement, including that uncommitted time isn't available as a single block of time during an officer's shift and that officers have many responsibilities to complete beyond responding to calls.

The City's audit also makes recommendations for improving some of the issues that it found, including:

To read about APD's proposed implementation plans for the City's recommendations and to view the results of the report's surveys of community members and APD employees, click here or read below: 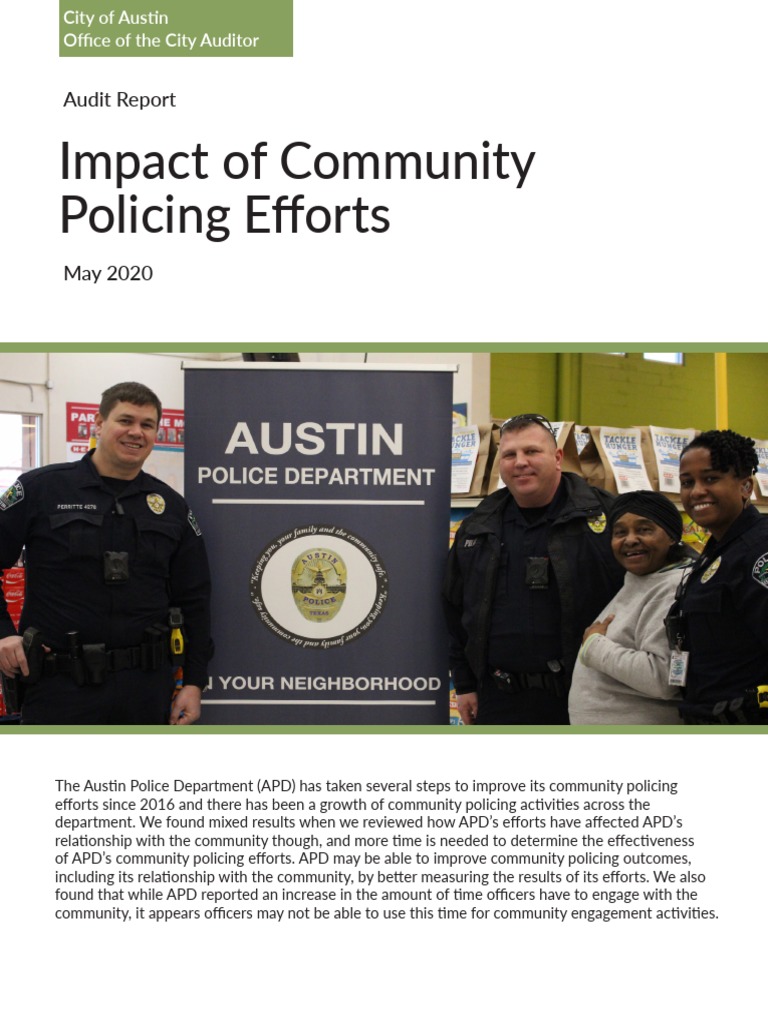 In the survey portion of the audit documents, more officers interviewed in 2019 disagreed with the idea that the community policing taking place in Austin was right for Austin. Additionally, the number of officers believing APD has the trust and support of the community went down by about 10%.

While the vast majority of officers agree with the statement APD improves quality of life in Austin, fewer said so in 2019 compared to 2016 with a drop-off from 91% agreement to 88% agreement. In that same time frame, support for the Office of Police Oversight jumped up nearly 10%. However, in 2016, only about 25% of officers felt the external oversight was effective. In 2019, that number rose to about 34%.