After noticing trash on the trail during a run, one Austin man decided he was going to do something about it. Now he's challenging people to follow in his footsteps. 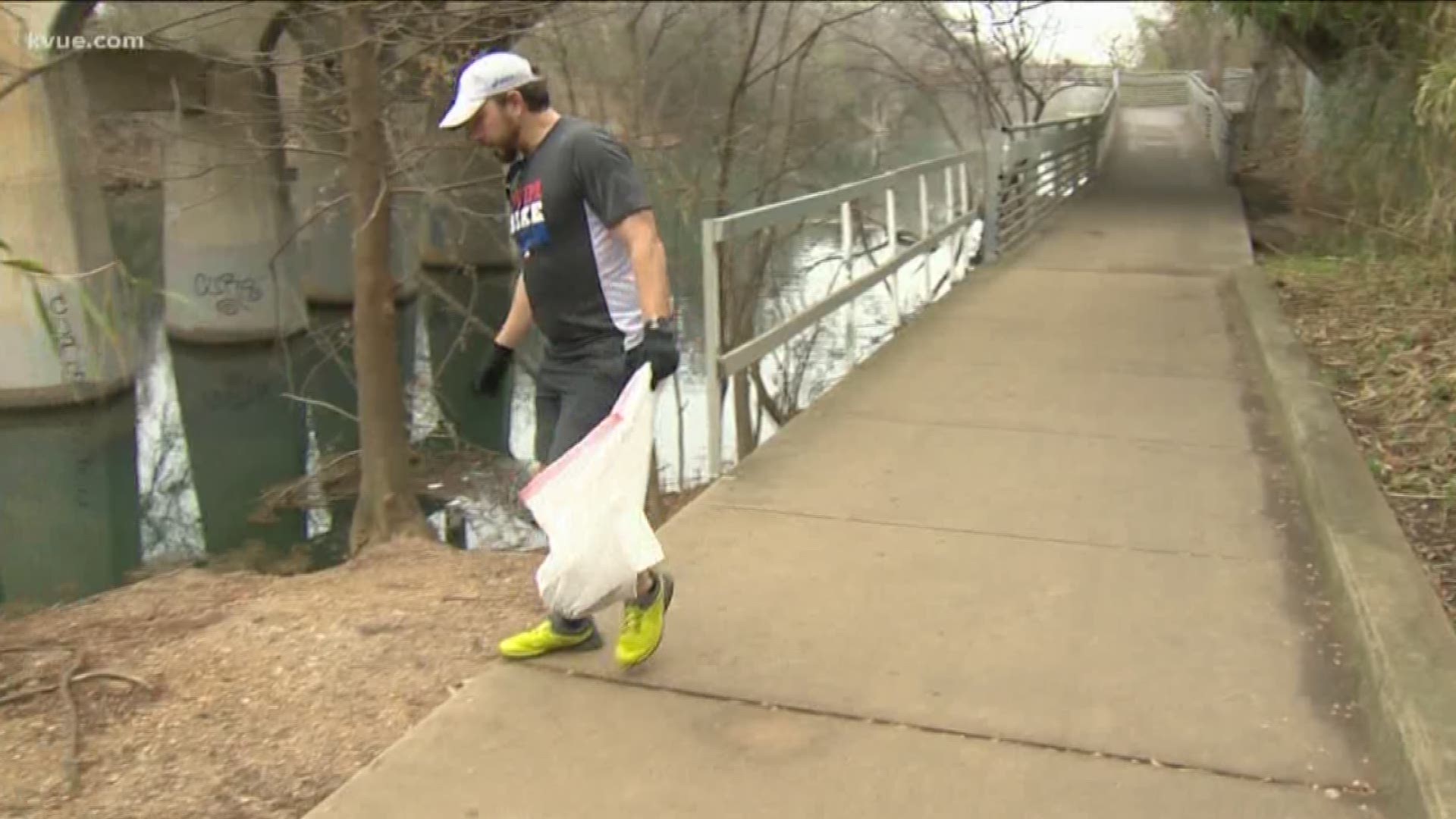 AUSTIN, Texas — Dustin McInvale spent his Monday morning running three miles. Then, instead of heading straight home, he pulled out a trash bag and started walking.

McInvale said he noticed trash along the trail during one of his runs a few days ago, so he decided to bring a trash bag the next time and the challenge was born.

"I was picking up trash on the way, and the bag filled up really fast. And so it was just WTF, we can do a lot better than this," said McInvale. "So I just kept on collecting, and when I got home, I had an idea."

The idea is called the #LastMileChallenge.

America Recycles Day: Find out how you can help reduce waste

McInvale brings a bag with him when he goes for a run. Then, while he walks the last mile to cool down, he pulls out the bag and picks up trash along the way.

After McInvale collects trash, he posts a picture with the hashtag on social media and challenges three other people.

"With more people, more trash. And we can all complain. Go ahead, if you want to complain, you can spend your energy there. But go ahead and pick up some trash," McInvale said.

McInvale said it's an easy way to help out around the city.

Astros owner fires Jeff Luhnow, A.J. Hinch after both were suspended by MLB for 2017 cheating scandal