A portion of the proceeds from the signs will benefit the Austin Parks Foundation. 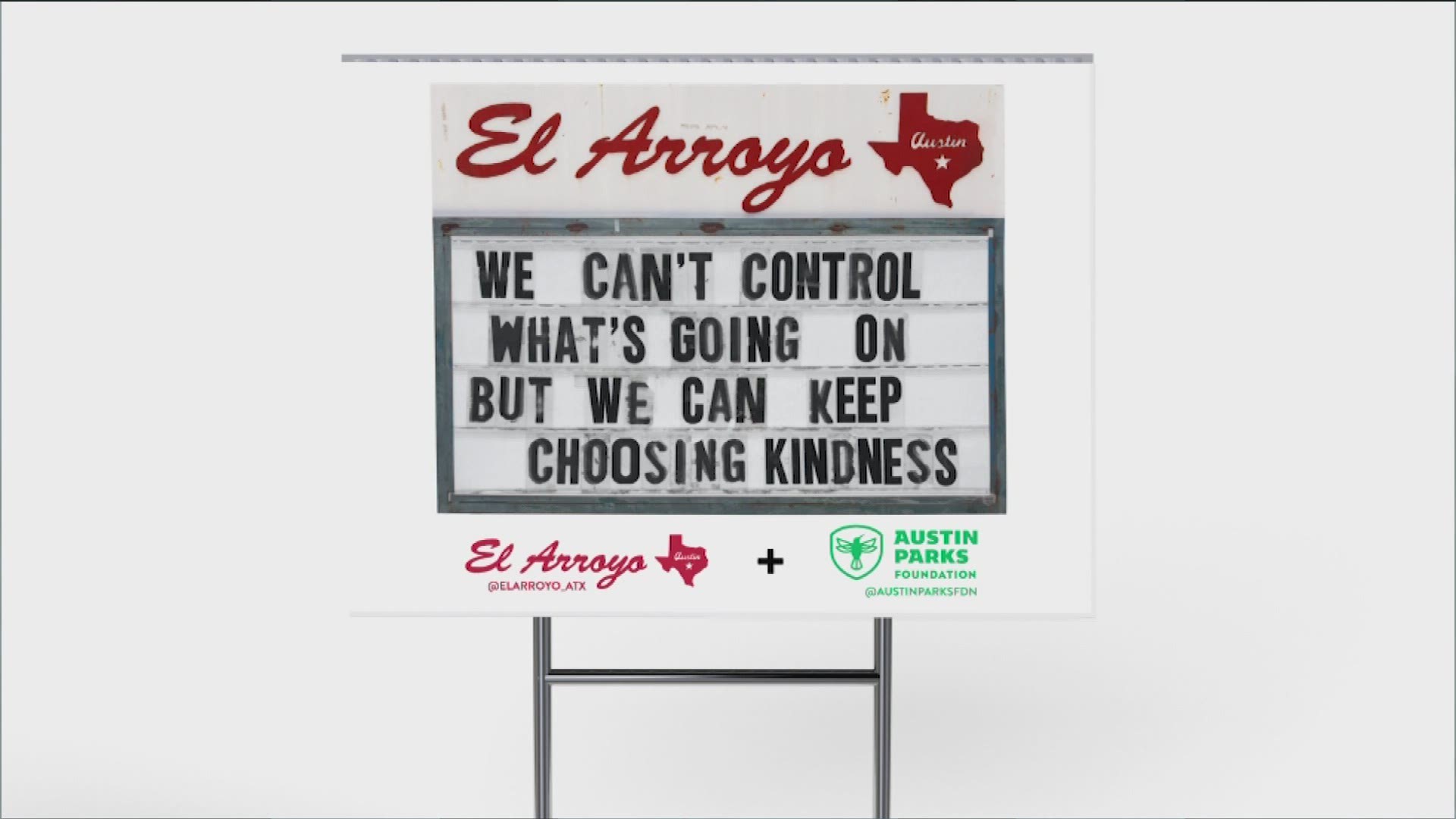 AUSTIN, Texas — If you've ever wanted your own El Arroyo sign, you're in luck.

A few of the restaurant's coronavirus-inspired sayings have been immortalized as yard signs, which have been placed in 16 parks across Austin. Now, you can buy one of your own for $20.

A portion of the proceeds from the signs will be donated directly to the Austin Parks Foundation. Ellis Winstanley, the owner of El Arroyo, said they just want to help spread joy and raise money for local parks.

"At some point, the Austin Parks Foundation contacted us and wanted to do El Arroyo-themed signs on the running trails, just to keep people's spirits up. And so, we granted them a royalty-free license to do that," Winstanley told KVUE.

Four signs are on sale here until Monday, July 6.