Austin Chinese-American Network has been donating meals to the homeless and personal protective equipment to healthcare providers for the past two weeks. 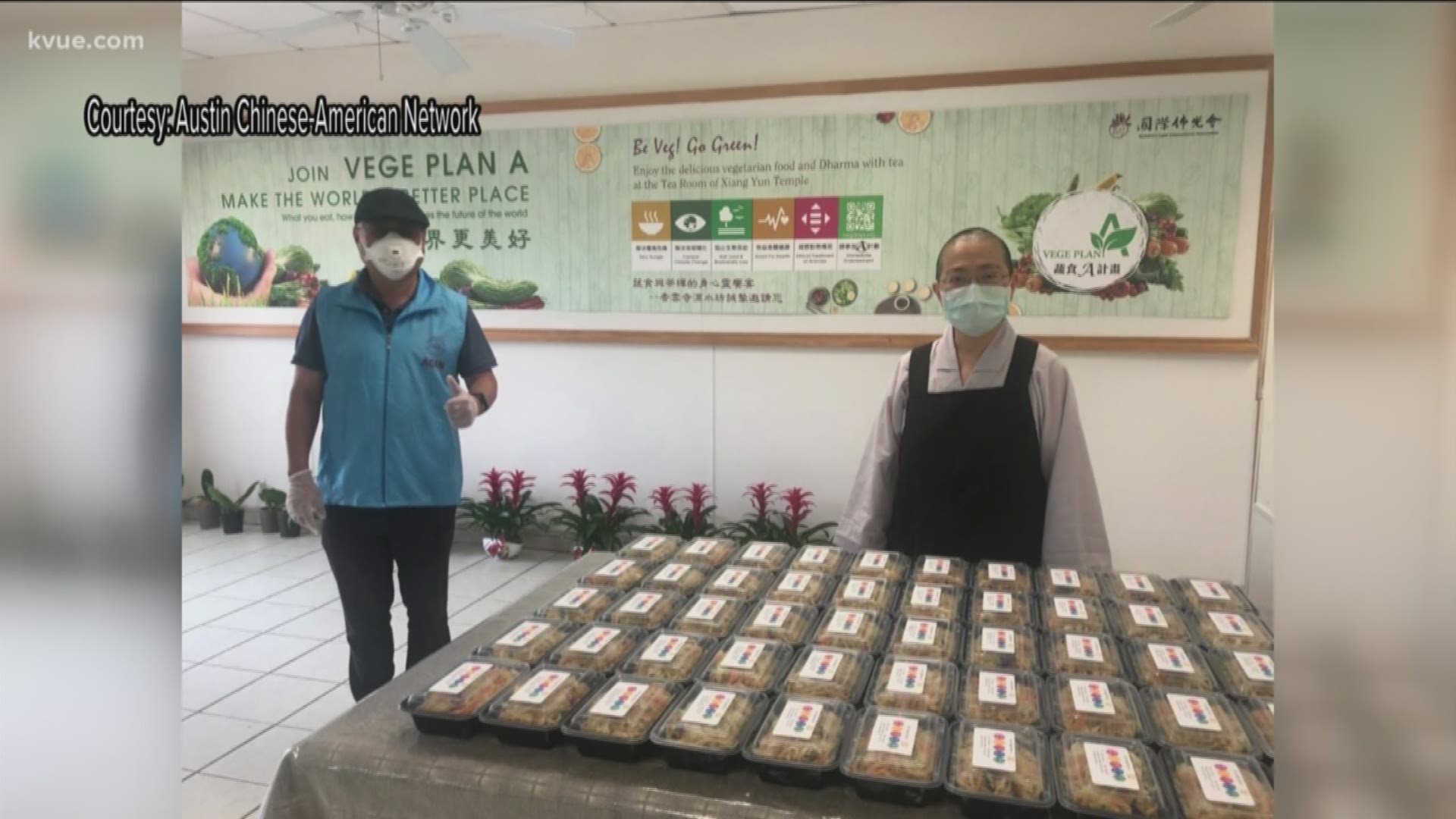 “Food is a huge part of our culture and it is also a way for us to show our love and our care to people around us – friends, neighbors," Li said.

These donations come at a time when terms like "Chinese Virus" have been floating around instead of coronavirus or COVID-19 – to Li, that's unfortunate.

“There is xenophobia because of the so-called 'Chinese Virus,'" Li said. “We are all in this together and Chinese-Americans are just Americans. We want to contribute our part to fight and to defeat this virus.”

That's the message Li and fellow volunteers are trying to spread – we are all in this together.

Last week, ACAN volunteers purchased materials, made 650 meals at nine homes and delivered to three charities when they are still hot! Check out how we did it! #weloveourcity #weareinthistogether

Coronavirus cases rose 85% since Monday, but that's not that all happened

Local pastor allows worship groups to use in-house studio to film songs and sermons, amid outbreak

As part of the community, ACAN has donated about 350 hot meals twice a week for the past two weeks.

“It’s the ultimate, 'Who is my brother’s keeper?’" Emily Grace Clark, a volunteer with Community Health Paramedics, said. "I think I’m my brother’s keeper; I think you are, and if somebody is sick in my backyard, I don’t care how they got there – they matter.”

Clark coordinates many of the drop-offs and pick-ups of food. She also visits some of the homeless camps and youth centers to check in on the well-being of people experiencing homeless.

“We’re trying to bring all the donations together and get them out as fast as possible," Clark said.

Clark has been coordinating deliveries for the past two months and sees the impact ACAN has on the recipients of the hot meals.

“They have made a massive difference at a time where people’s lives are in limbo. I’m very grateful," Clark said.