"Lets build communities back like they were, not by sitting out there getting cozy, but do what you have to do to help," said Mitchell Larson 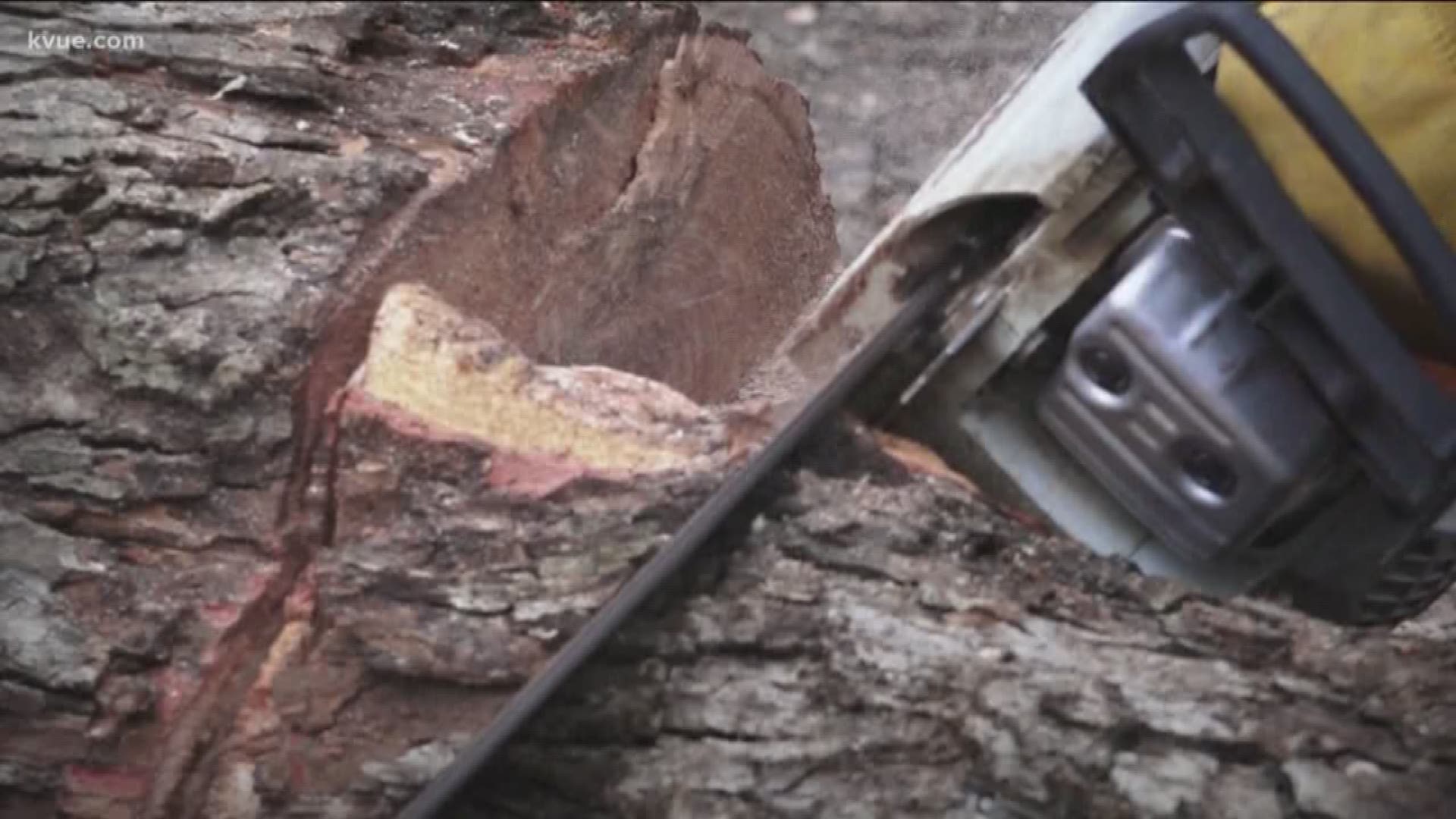 AUSTIN, Texas — After an Austin police officer found a World War II veteran was heating his home using only his stove, the Austin Police Department and community stepped up.

"Lets build communities back like they were, not by sitting out there getting cozy, but do what you have to do to help," said Mitchell Larson, a member of the Wind Therapy Freedom Riders biker group.

It was all hands on deck Saturday morning for the crew in East Austin at the home of World War II veteran Louis C. Hicks.

"Mr. Hicks has lived like this for years," said Luis Rodriguez, President of the biker group, "we can sure live like this a few hours to help him out."

The group of more than a dozen people was outside in near-freezing temperatures, cleaning up around the home for a man who lived a life of service.

It was hard for Mr. Hicks to put his gratitude into words.

"I thank the American people in the neighborhood for looking after me," said Hicks.

Hicks served in WWII and has lived in East Austin since the 1930's.

He did not have a working heater so he used a stove.

The Austin Police Department came to his home after reporting a possible break in, that's when they figured out Hicks was struggling.

"There is so much we take for granted," explained Rodriguez. "Until you run into Mr. Hicks, as little as he has, to him it's the world."

The clean up is a community effort to help a former soldier who risked his life for the freedoms we now enjoy.

"Be good, treat each other right and respect it because that's the greatest thing," said Hicks.

If you are interested in helping him out, CLICK HERE for a link to his GoFundMe page.