"It's huge because it draws attention to the little city," said City Manager Thomas Bolt, who believes that this boom is not yet done. 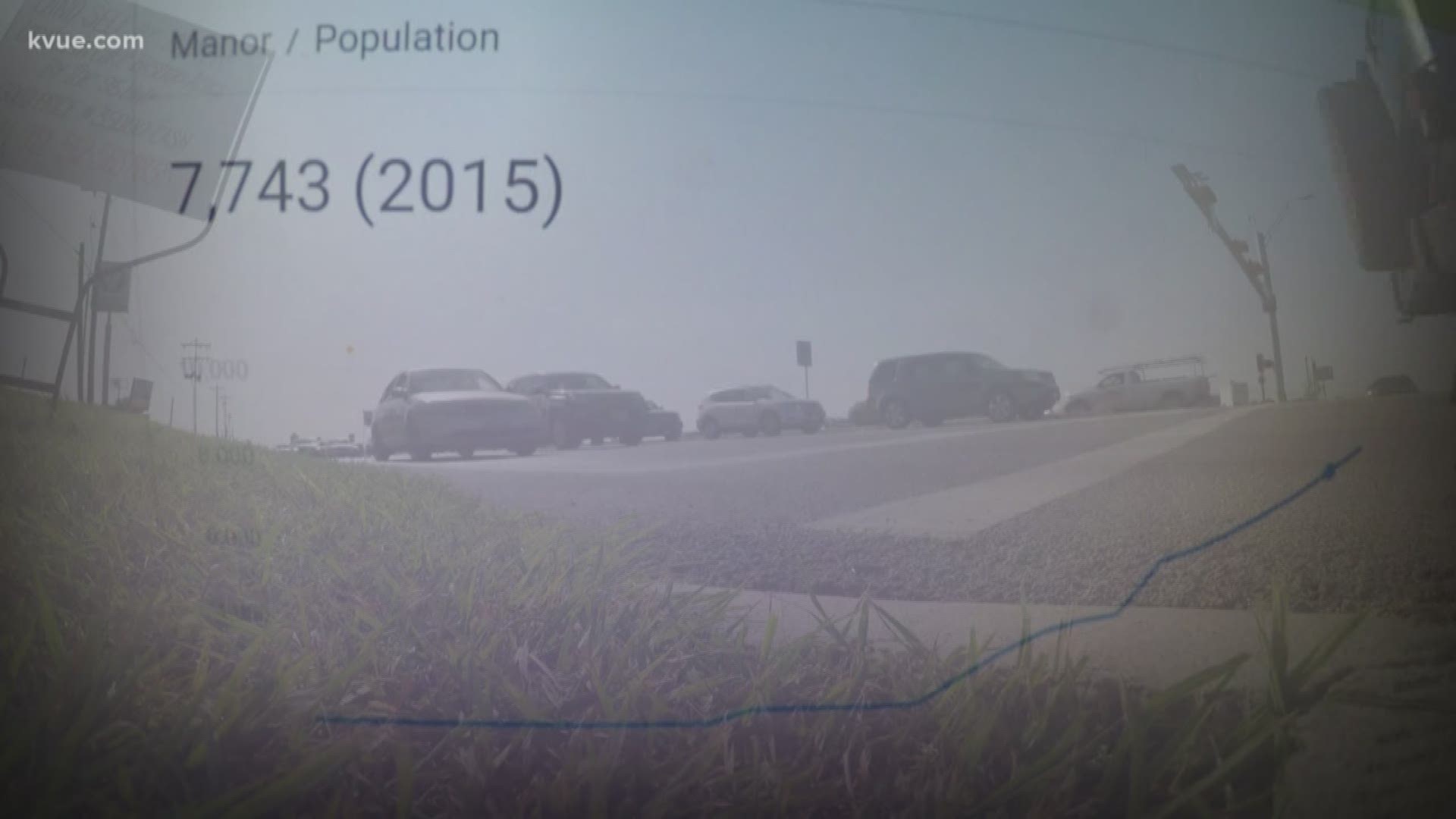 MANOR — A small town east of Austin is in the national spotlight and being recognized as one of the fastest growing suburbs in America.

"I've always been in the city of Manor and it seem's like it's all I do," said Dale Turner, who has been living in Manor for more than 50 years.

Turner says that the boom of people coming in to live in Manor is quite a sight to see.

"It wasn't but a little elementary school in a hill," Turner said, "There was nothing on Highway 290."

The change has been very drastic since then.

"You can sit outside for about five minutes and count 70 or 80 cars," he said.

Realtor.com named Manor as the seventh fastest growing suburb in the country.

"It's huge because it draws attention to the little city," said City Manager Thomas Bolt, who believes that this boom is not done yet.

"It looks like we're getting ready for another boom, with more phases and subdivisions," Bolt explained.

Bolt said more growth in Manor will be visible within the next few years.

"There's going to be a lot of restaurant sites. We will have senior citizen housing and many more single homes," Bolt said.

The growth is what Turner says is something for younger generations to enjoy.

"That sounds great to me and it's exciting," Turner said. "I wouldn't have thought about such a thing."

CLICK HERE for a link to the Realtor.com story.