The crash happened in the 400 block of Myrtle Drive. Surveillance video from across the street captured the explosion.

UPDATE: On April 18, Hurst police released dashcam video of the moment the house exploded just as one of their officers approached it.

A car crashed into a home in Hurst on Saturday afternoon, hitting a gas line and causing an explosion that injured three people inside and injured two police officers who had responded to the wreck, officials said.

The crash happened about 1 p.m. in the 400 block of Myrtle Drive.

Police responded to the crash, and as one officer approached the home, the home exploded. Surveillance video obtained by WFAA shows the explosion.

Officers heard screaming from inside the house and broke through a back door to rescue a couple in their early 60's and their adult son, police said.

The couple was taken to Parkland Hospital in Dallas, the son was transported to a hospital in Hurst and released late Saturday.

Roy Luttrell told WFAA his sister, 61-year old Dixie Bridges, has second-degree burns over 30-percent of her body and was sedated and stabilized as of Saturday night.

She and her husband Charles Bridges were pulled from home after the explosion, and during a nearly three-hour natural gas fueled fire, by Hurst Fire crews and police.

One of the injured officers was treated at the scene, the other was taken to a hospital to get checked out.

Hurst Police arrested 40-year Arnulfo Castro for driving without a license. Castro told officers that he lost control of his SUV because his brakes failed, the city spokeswoman Kara McKinney said.

McKinney said Castro passed a field sobriety test administered at the scene. Court records in Tarrant County indicate Castro had conviction for driving while intoxicated in 2003.

A dog inside the home was also treated for burns and given oxygen. 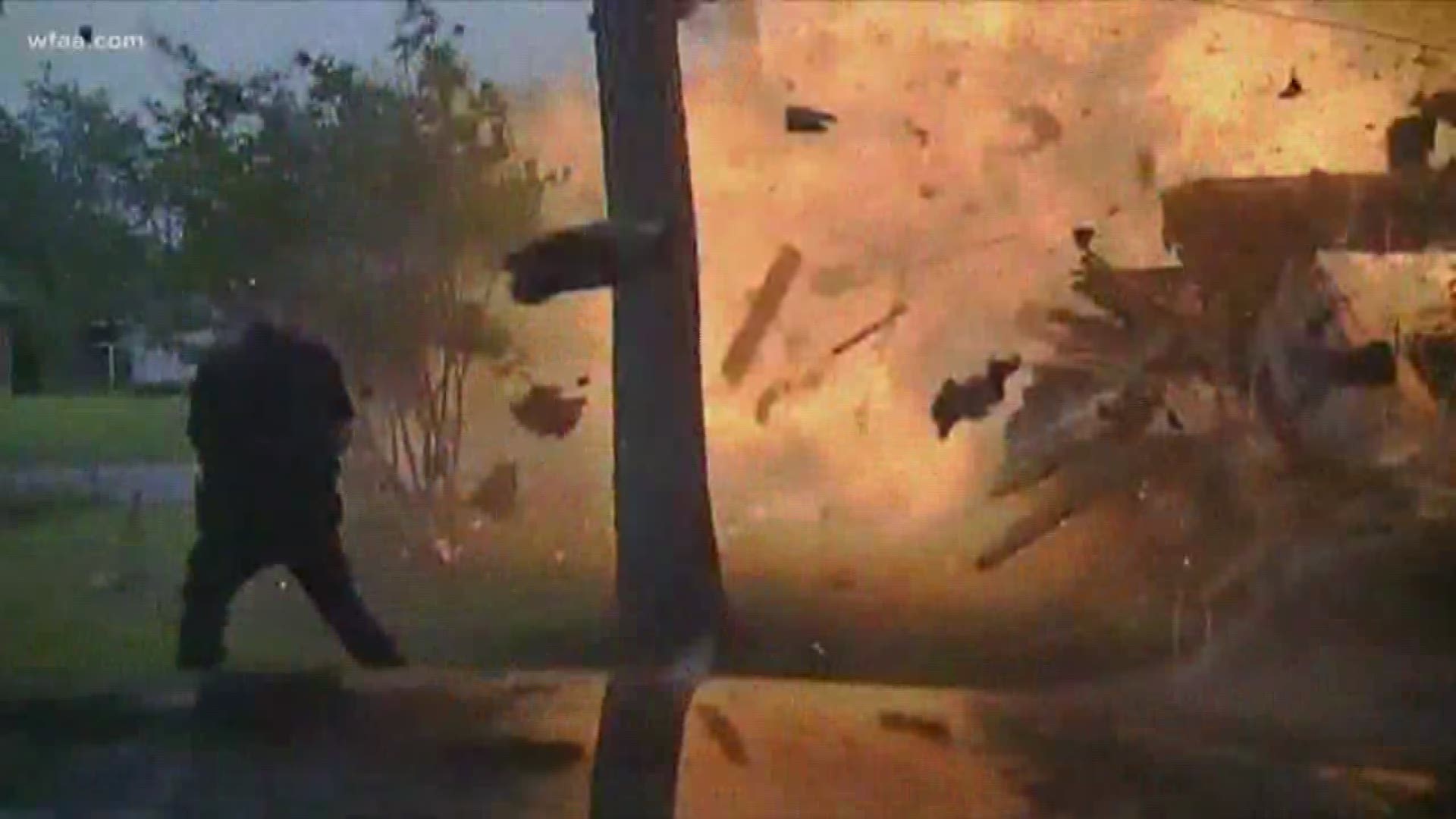