A Reddit user posted video of water shooting into the air on Spicewood Springs Road on Tuesday. 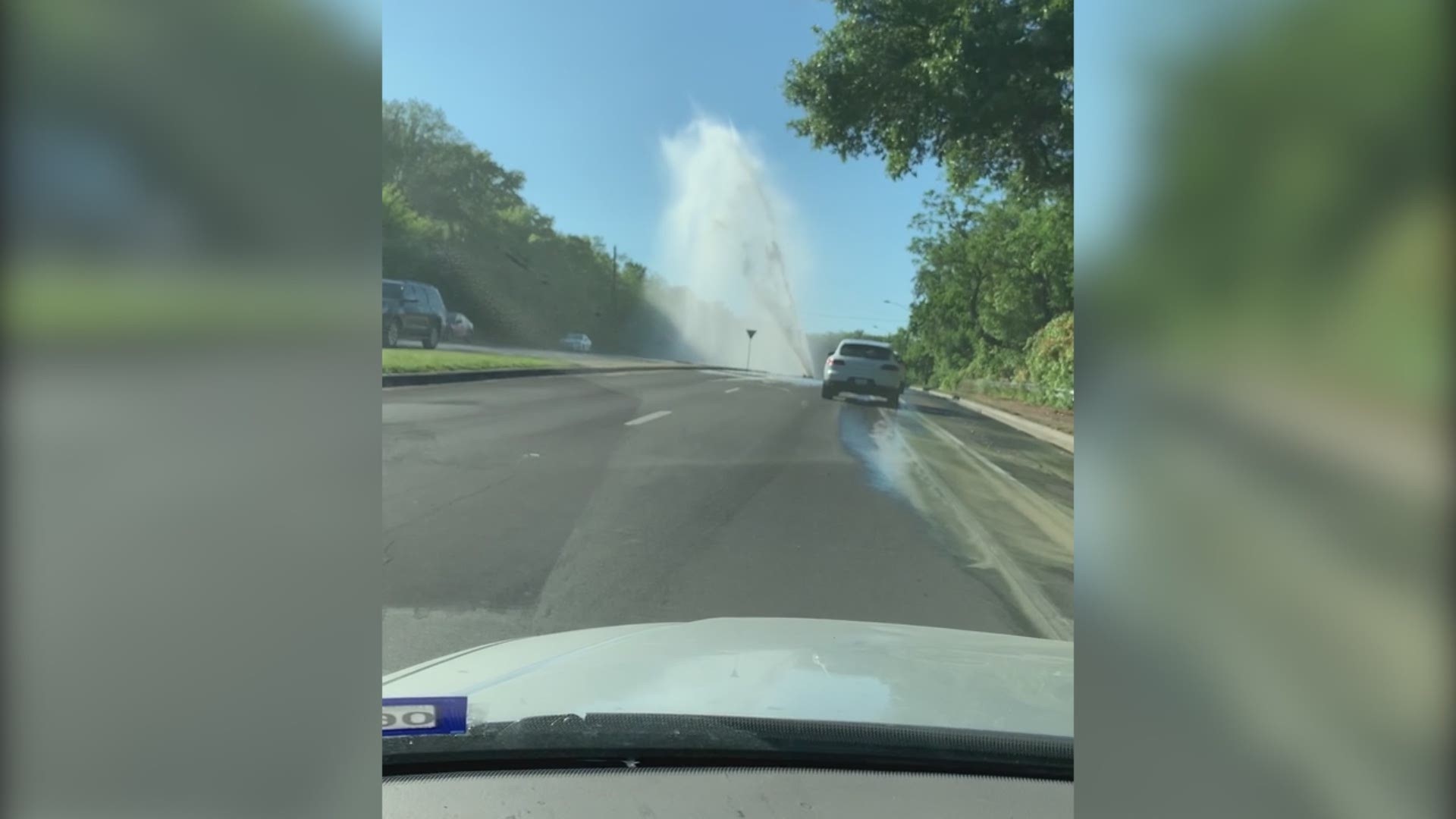 AUSTIN, Texas — A water main in need of repair caused a splash in Austin Tuesday.

Reddit user bonobo posted a video Tuesday to the Austin subreddit of a "huge water geyser" coming out of the street on Spicewood Springs Road.

The video is 98% upvoted on Reddit and has over 100 comments.

RELATED: City of Taylor is slow to help with flood damage, family says

KVUE reached out to Austin Water, who confirmed that the incident was an emergency water main repair at 3500 Spicewood Springs, east of Ceberry Drive. The Austin Water service request was created at 6:45 p.m. Tuesday and the repairs to the main, as well as temporary road repairs, were completed at 12:44 a.m. Wednesday.

The city's Public Works department told KVUE they will be involved later in the street repair process for a permanent repair of the area involved.

RELATED: Texas gets 'F' for effort to deter lead in school drinking water

Several commenters in the Reddit thread expressed concern that the water flow from the "geyser" would be "digging out soil underneath the asphalt," which would make the area unsafe to drive on – sort-of like a sinkhole situation.

But Austin Water said the public is safe to use the roadway.