Brees on kneeling during 2020 NFL season: 'I will never agree with anybody disrespecting the flag'

"I will never agree with anybody disrespecting the flag of the United States of America or our country,” said in an interview Wednesday. 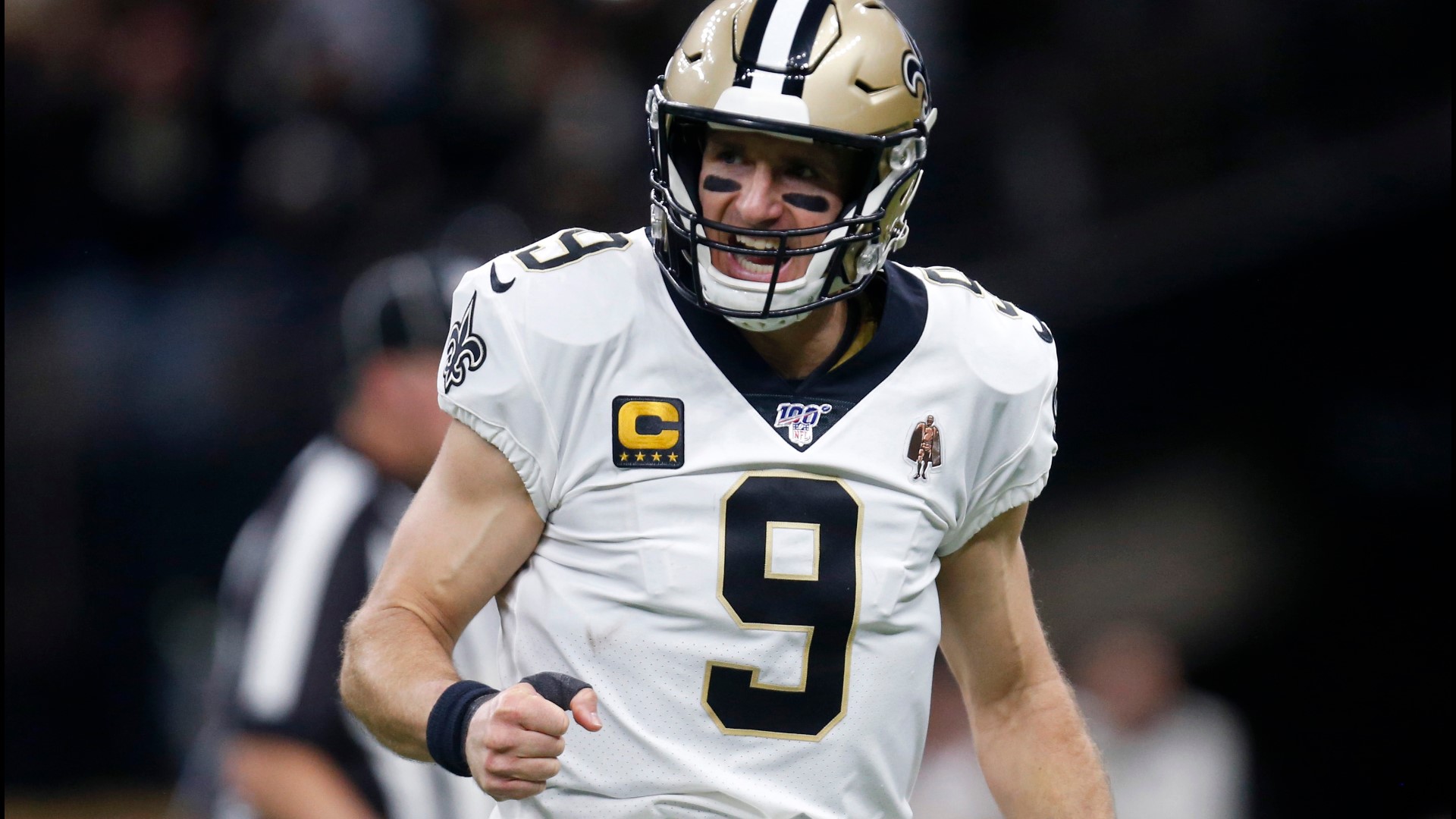 NEW ORLEANS — New Orleans Saints quarterback and future hall-of-famer Drew Brees is facing criticism after saying he will not support players kneeling during the national anthem in the upcoming NFL season.

"I will never agree with anybody disrespecting the flag of the United States of America or our country,” Brees said in an interview with Yahoo! on Wednesday.

"Is everything right with this country? No. We still have a long way to go," Brees said. "But I think that standing there and showing respect to the flag with your hand over your heart, it shows unity. It shows that we are all in this together, that we can all do better, and that we are all part of the solution."

In the interview, Brees tells the story about his two grandfathers, a soldier and marine, who both fought in WWII. He said both risked their lives to protect the country and make the world a better place.

"Every time I stand with my hand over my heart, looking at that flag and singing the national anthem, that's what I think about. And in many cases, it brings me to tears," Brees said.

Brees said the national anthem is a time he thinks about all that has been sacrificed for the U.S., including during the Civil Rights Movement of the 1960s, and "all that has been endured up until this point."

Kneeling during the anthem has become one of the heated issues among football fans since former NFL quarterback Colin Kaepernick began doing so in 2016 to protest police brutality.

The remarks also come amid days of civil unrest across the country following the death of George Floyd in Minneapolis.

The comments drew a swift backlash on social media with both his name and "Damn Drew" both reportedly became trending topics on Twitter.

"Never was about disrespecting the armed forces. It's about police brutality and racial injustices in our country," New Orleans Pelicans player Josh Hart wrote. "This country can't be unified if African Americans are unjustly killed in the street because of the color of their skin."

"WOW MAN!!!" Is it still surprising at this point. Sure isn't" LeBron James wrote. "You literally still don't understand why Kap was kneeling on one knee??"

Brees was one of several Saints to participate in the #BlackoutTuesday social media movement against police brutality.

Kaepernick claims he's being blackballed by the NFL because of his decision to kneel as a way of protesting police brutality and racial injustice, which led to a contentious national debate.