Rising rents, development all around and the disappearing authenticity of South Congress is why the owner said they're closing their doors for good. 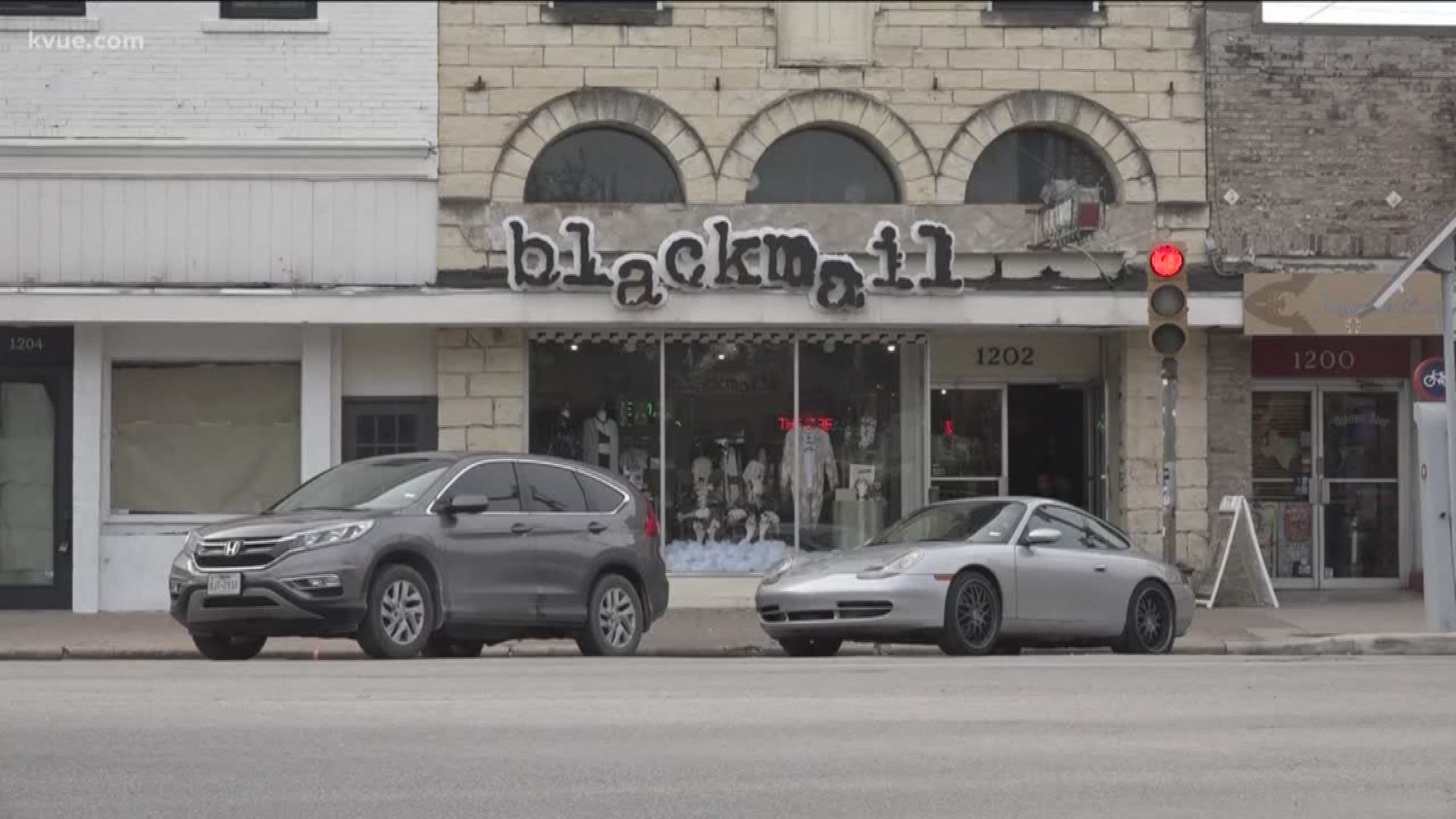 AUSTIN, Texas — When it's perfect weather on South Congress, you'll see a lot of people filing up and down the streets. If you're not trying to find parking, you're probably checking out some of the unique shops.

One of those shops is Blackmail Boutique.

Take a step inside, and you'll see it's truly one of a kind.

Every corner of the store is filled with original clothing, jewelry and much more.

They're award-winning window displays have been out for people to see since 1997. They moved to their South Congress location in 2001, after a brief stint on Lamar Boulevard.

"I think Blackmail is a cabinet of curiosities," owner Gail Chovan said. "It's all original to the small designers that we carry."

"[It's] not just for the weirdos, but for people that want to kind-of explore something," Jessica Miller, a manager at Blackmail, said. "We've done a lot of work cultivating relationships with either local artists or just independent artists."

But now, they'll be closing for good on March 24.

A combination of rising rents, development all around and a few other factors are the reasons.

RELATED: Frank and Angie’s pizzeria in the West End is closing

"Whether it's good or bad — it just kind-of doesn't feel like home to us anymore," Chovan said.

Chovan also said it's all part of a growing trend.

"It's getting too expensive for small businesses to be here," Chovan said. "The quirky stores I knew when I first moved here are gone."

They hope for the best for small businesses in this big city.