Beto O'Rourke on El Paso shooting: 'I am incredibly saddened and it is very hard to think about this' 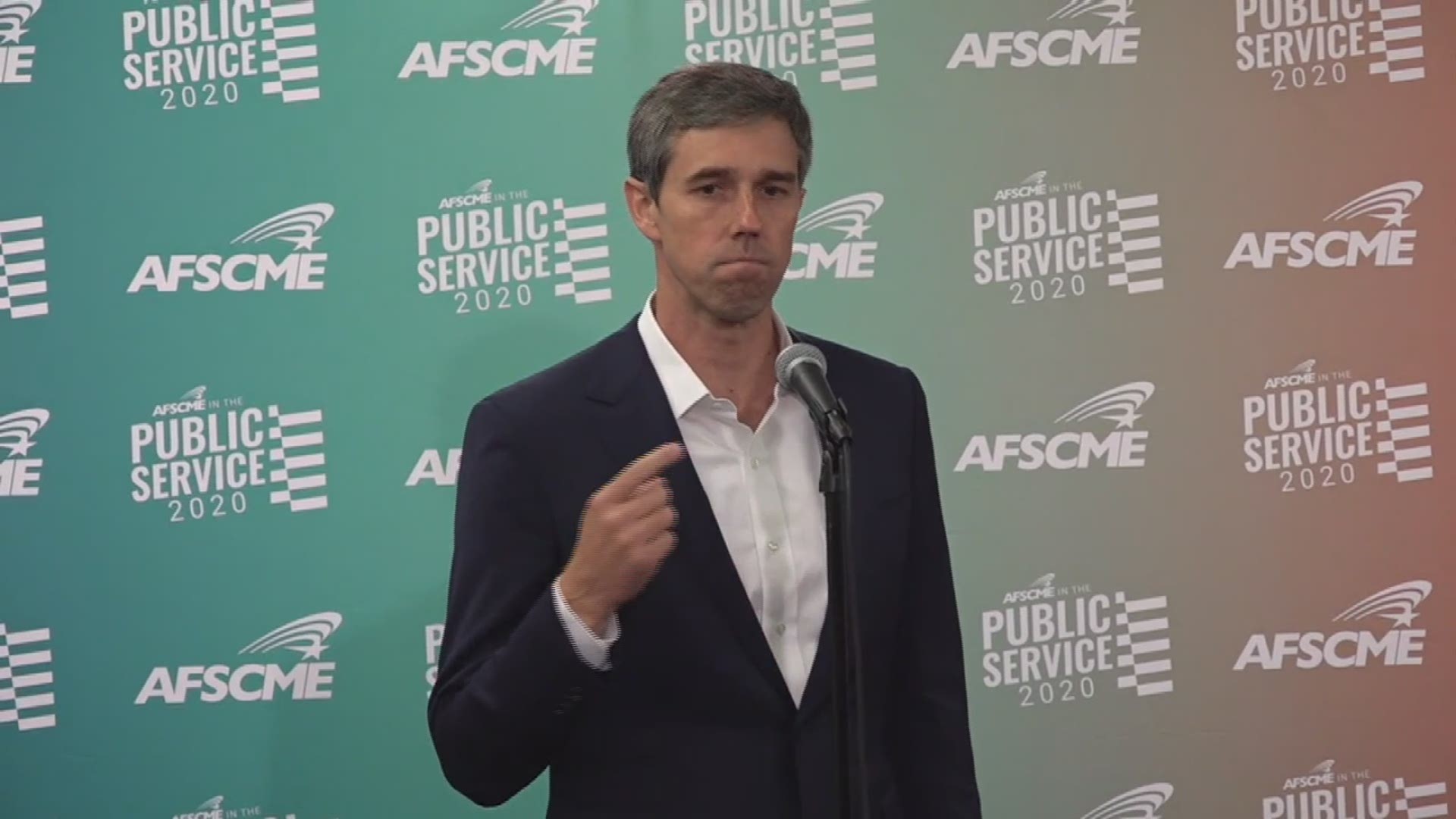 The presidential candidate heard of the shooting while he was in Las Vegas, Nev. for a Saturday forum hosted by the American Federation of State, County and Municipal Employees (AFSCME).

Since then, he's held multiple news conferences and visited with families of the victims. O'Rourke said the tragedy has been difficult for the El Paso community but he knows they will overcome it.

During a Sunday morning news conference he shared his gratitude for everyone who stepped up to help the victims. But his tone quickly changed when he was asked about why it happened and how the country can prevent this from "being the new normal."

“Its not just up to a person or political party but us as Americans to put an end to it,” O'Rourke said.

"You see a president who in his first speech as candidate for highest office in the land, described Mexican immigrants as rapists and criminals,” O'Rourke said. “His rhetoric has produced the kind of hate-crimes we saw in El Paso yesterday,” O'Rourke said.

O'Rourke plans to continue visiting families of the victims throughout the weekend and will attend a vigil Sunday night being held in El Paso.

Here's what O'Rourke said Saturday after learning about the shooting:

"We have just learned a short while ago that there has been a shooting in El Paso. And at this point the area has still not been cleared, still considered active.

"We know that [there is] a lot of injury, a lot of suffering in El Paso right now. I am incredibly saddened and it is very hard to think about this. But I'll tell you, El Paso is the strongest place in the world. This community's going to come together.

"And I've spoken to [El Paso Mayor] Dee Margo and congresswoman [Veronica] Escobar and Sheriff [Richard] Wiles, they are all doing everything that they can. And we are still learning information about the situation.

"So I just ask for everyone's strength for El Paso right now, and everyone's resolve to make sure that this does not continue to happen in this country. We'll be sharing more as I learn more going forward."