Officer Cedric Davis began his career with the Longview Police Department on September 7, 2004. 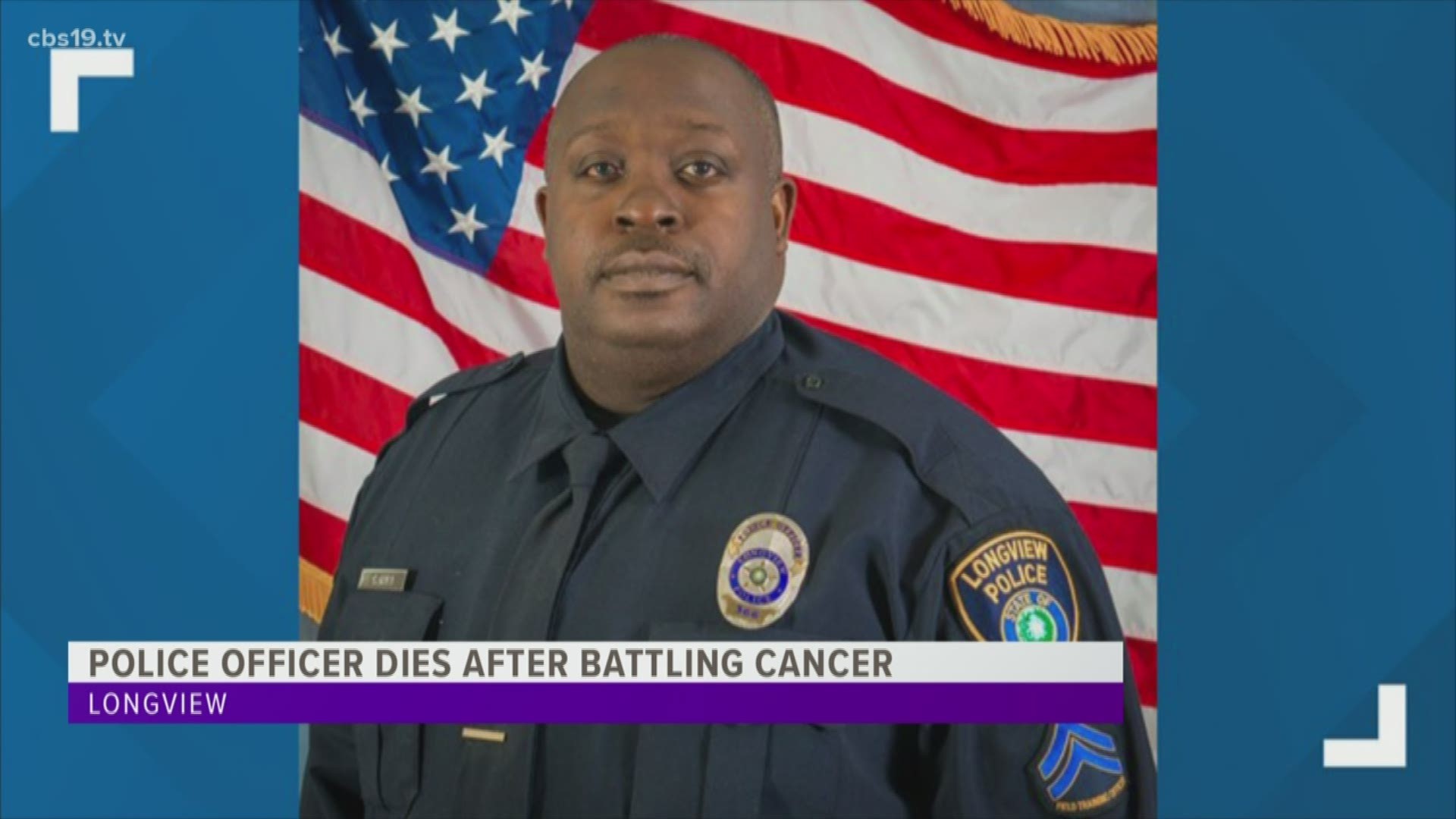 LONGVIEW, Texas — The Longview Police Department announced the funeral arrangements for a veteran officer who passed away last week.

According to the LPD, Officer Cedric Davis died following a courageous battle with cancer.

Visitation for Davis will be Friday from 1-5 p.m at Craig Funeral Home in Longview. His funeral will take place Saturday at Alpine Church of Christ in Longview. The service begins at 11 a.m.

During his tenure with the department, Officer Davis worked in the Patrol Division, most recently serving on 2nd Watch Beat 50. He also served as a Field Training Officer helping to train and mentor many of LPD's current officers.

"Cedric was a dedicated and loyal officer that loved his God, his family, co-workers, and the community that he served," the LPD said in a statement. "There was not a time when you ran into Cedric that he did not have an infectious smile on his face serving our community. Our prayers go out to his family during this difficult time. We ask for our department and community to lift his family in prayer. His spirit will continue to live on here through the many officers he has touched along the way."

Officer Davis began his career with the LPD on September 7, 2004, and was a 15-year veteran of the department.